Bangladesh’s Ashrayan-3 Project (Bhasan Char Project): Is An Example For The Whole World To Deal With Refugees? 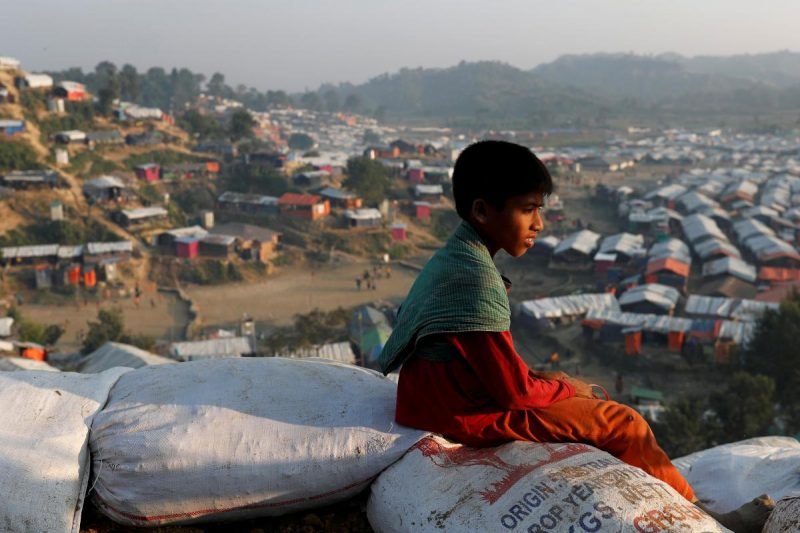 The whole world saw the Rohingya refugee’s influx towards Bangladesh in 20217. The Rohingya people have been displaced from their homeland (Rakhine in Myanmar) by the Myanmar military Junta regime. Then, Rohingyas take shelter in Cox’s Bazar area in Bangladesh. Bangladesh gives them shelter temporarily based on humanitarian grounds. But this temporal assistance has brought disaster for Bangladesh.

As a consequence, Bangladesh faces a serious crisis and threat for this problem. Local unrest amongst people, huge economic burden, deforestation, illegal drug trades, human trafficking, prostitution in the region are increasing for this refugee crisis day by day. Some miscreants tried to take some advantages utilizing the problem as an opportunity. The deradicalization process by some extremist groups in the camps in Cox’s Bazar, increasing crime rate are some issues.

Cox’s Bazar region is a hilly area. Landslide is a very common incident in Cox’s Bazar. Rohingya’s faced serious threats from this landslide, flood etc. For this reason, the Bangladesh govt has taken a holistic approach to deal refugees. The government has taken a great initiative called ‘Ashrayan-3’ for temporary housing of one lakh Rohingya people. Under this project, government-built shelter houses in Noakhali’s Bhasanchar. Ashrayan is a Bengali term. It means giving shelter to anyone. Bangladesh has already sheltered I, million Rohingya refugees. The Bangladesh government has completed it very successfully. Millions of people may be affected by landslides and floods at any time where Rohingyas are in Cox’s Bazar. From a social, physical and infrastructural point of view, Bhasanchar is safer for Rohingyas than their own country. But it must be temporal. They have to be repatriated to their own land (Rakhine, Myanmar)

About 1 million Rohingya have been sheltered in the densely populated refugee camp in Cox’s Bazar for three years. The government has taken an initiative to send about one lakh Rohingyas to Bhasanchar from there. In order to protect 40 sq km area from tides and tidal surges, 13 km long dams and infrastructure of 120 cluster villages suitable for one lakh Rohingyas have been constructed. The government has rescued more than 300 Rohingya from the sea and taken them to Bhasanchar in 2020.

The Rohingya delegation was impressed by the hospitality in Bhasanchar. The Rohingyas visiting Bhasanchar said that so far, they have seen that the Bangladesh government has not failed to do better for the Rohingyas.

With excellent planning, keeping all the great arrangements, with utmost care and hard work, Bhasanchar has been made by arranging almost all the facilities of modern life. After the ‘complete completion’, various media outlets have publicly suggested that Bhasanchar is a hundred times better than the way large numbers of Rohingyas live in the 34 makeshift camps in Ukhia and Kutupalong in Cox’s Bazar. On November 16, 2021, a delegation of 32 officials from 22 NGOs visited Bhasanchar and described it as ‘very beautiful and livable’. Already 40 Rohingya leaders (majhis) have been brought back into government management to give other Rohingyas an idea about Bhasanchar. The electronic media is publishing one after another positive news about Bhasanchar and trying to give an idea about the overall situation of Bhasanchar and the various facilities.

The government has spent about 3,900 crores ($459.25 million) in Bangladeshi Taka to implement the Bhasanchar project by controlling all standards of UN refugee management. All this is the money of the people of this country. What is not in this Bhasanchar? It is built on an area of ​​40 square kilometres in an area of ​​about 13 thousand acres. 120 clusters, 1440 cluster sheds have been constructed in a very well-planned manner four feet high from the ground. Each shed has 12 houses. Each house has 16 rooms. Each room has two beds with two floors. A family of four members will get one room each. According to UN standards, each refugee must have at least 36 square feet of space in the format of the international refugee system. But there is more space for everyone than that. In addition to the dormitories, schools, mosques, hospitals, playgrounds, wide roads, lighthouses, solar systems, food storage warehouses, towers of three mobile phone operators, sewerage systems, super shops, saloons, day houses have been built for the Rohingyas to live a modern and better life. -Care centre, hat-bazaar system, community centre and a permanent police station for round-the-clock law enforcement for overall security. Jetties have been built to transport goods and people. Apart from government assistance, cattle and buffalo rearing, poultry farming, fish farming, pigeon rearing, fruit farming, dairy farming, handicrafts and sewing machines are also provided to support the livelihood and economic activities of one lakh Rohingyas. Various arrangements have been made. There are many facilities waiting in Bhasanchar for Rohingyas. Now it is high time to shift Rohingyas to Bhshan char from Cox’s Bazar region temporarily for their better life. But ultimately, they have to repatriate to their motherland, Rakhine because they are the citizens of Myanmar.

Some media reports that Rohingyas don’t want to take shelter in Bhashanchar. But that is not true. One reason for this is the ignorance about Bhasanchar and the lack of adequate information. According to the Office of the Commissioner for Refugee Relief and Repatriation in Bangladesh, 3,446 Rohingyas were relocated to Bhasanchar on December 4 and 29. Then on January 29, 1,006 people were taken to Bhasanchar in the first part of the third phase and on January 30, 1,463 people were taken to Bhasanchar in the second part and in the fourth phase, on February 15 and 16, 3,020 people reached there in two groups. On March 2 and 3, in the sixth phase, 13,623 Rohingyas, including 4,018, have started living in Bhasanchar. All of them were relocated voluntarily.

The UN delegation visited Noakhali Bhasanchar and expressed ‘satisfaction’ in March 18, 2021. The group’s representatives responded after inspecting the island’s char and its infrastructure for three days in a row, closely monitoring it, and talking to Rohingyas who have gone there.

Bhasanchar, a Rohingya sanctuary, has set an example for the world, said Vulcan Bazkir, president of the 75th General Assembly of the United Nations, visiting Dhaka. Such an initiative for refugees is commendable. Bangladesh has also set an example of how to deal with refugees.