The Russian ‘Special Military Operations’ in Ukraine and India’s Dilemma 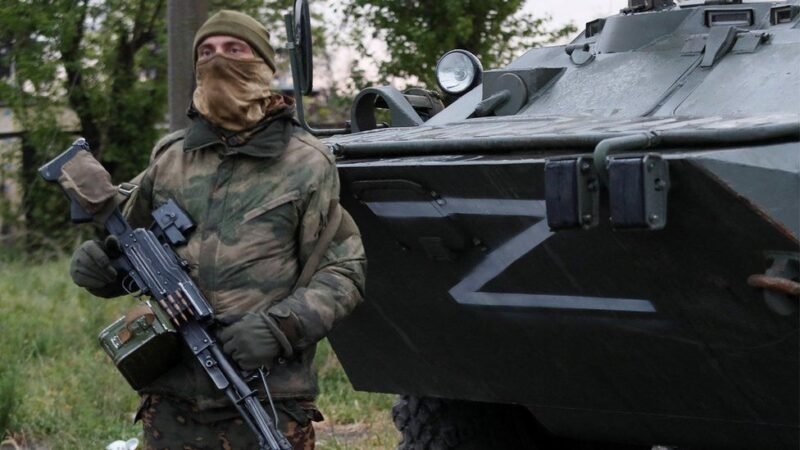 On the eve of 24th February 2022, the President of the Russian Federation Vladimir Putin called upon a Special Military Operation (SMO) in Ukraine, primarily to stop the NATO expansion into Ukraine and against the use of force by Ukraine in the areas primarily Russian, as per the Russian narrative. History became witness to the largest military operation on European soil since the end of World War 2. The military operation opened multiple fronts on the borders of Ukraine, mainly through the Donbas area and the other through Crimea, which Russia had annexed in 2014, following the coup in Ukraine. The proclaimed Luhansk People’s Republic and Donetsk People’s Republic were supposedly the two oblasts that sought independence from Ukraine, as the military operation commenced. By the end of August’22, 4 oblasts of Ukraine were under military occupation by the Russian Federation. In the oblasts of Donetsk, Luhansk, Kherson, and Zaporizhia, referendums were organized, and following the declaration of Kherson and Zaporizhia as independent countries on 29th September, on 30th September 2022, the Russian Federation announced the annexation of the 4 oblasts, citing a successful referendum in each and therefore the fulfilment of the UN charter.

The role of the United Nations

The United Nations has been critical in deploring the Russian SMO, in the wake of the UN charter. In what it termed as a ‘..violation of territorial integrity and sovereignty of Ukraine..’, the UN passed a resolution deploring the Russian ‘aggression’ with 141 votes in favour, 5 against, and 35 abstentions. The UNHRC and ICJ all sprung into action to respectively take a stand against the SMO which the UN collectively deemed a violation of its charter. The UN Secretary-General António Guterres had been repetitively vocal against the Russian SMO in Ukraine throughout, asking for an immediate cessation of hostilities and to return to the path of peaceful resolution and diplomacy. On the 12th of October 2022, the UN assembly passed a resolution condemning the annexation of the 4 oblasts into the Russian Federation, with 143 in favour, 5 against, and 35 abstentions.

The EU and NATO collectives

NATO and the EU have long been critical of Russian troop build-up along the borders of Ukraine, much before the actual offensives started. When the Russian Federation finally launched the SMO, the EU and NATO’s response was to impose punitive sanctions against Russia to cripple it economically immediately. Furthermore, military aid rapidly increased by many folds by the organizational collectives citing the Russian SMO as an invasion. Initially, the Russian economy suffered heavily, falling to approximately 139 RUB against 1 USD during the first week of March. However, the Russian economy proved to hold its own against the sanctions, even as of the first week of November’22, the Rouble stands at 61 RUB against 1 USD. This shows that the economic setback Russia suffered initially triggered a more self-dependent economy, with its forex rate having the best valuation in over a decade. The crippling effect of the sanctions was swift (ironically, even after Russia was removed from the SWIFT facilities), but failed to have the desired result.

The military aid to Ukraine can be termed a game-changer in a way, with the United States single-handedly contributing more than the EU institutions officially, valued at $ 27.65 Billion, amounting to a humongous 53% of the total aid delivered from the US to Ukraine as of 11th October’22 since the beginning of the SMO. The HIMARS, MANPADS, and the NLAWS and the Bayraktar drones from Turkey have been wreaking havoc on the frontlines of Ukraine and making it problematic for the SMO to achieve its goals effortlessly, especially through Armoured division spearheads. The maritime operations of the Russian Federation have slowed down, since the closing of the Bosporus and Dardanelles by Turkey, following its resolution to deem it as a war, granting it the powers over access to the Black Sea by the Montreux Protocol. The controversial outcome of an attack on the RF Navy Flagship Moskva by Neptune missiles and the recent drone attacks on the Black Sea Fleet by Ukraine has further toned-down Russia’s maritime operations seemingly.

India has been neutral in its approach to the ongoing hostilities. When the SMO began, India prioritized the evacuation of its civilians from Ukraine through Poland. While the MEA tried its best to evacuate with the maximum safety possible, one student got killed as a result of an air strike. Even as the SMO continued, India was able to carry out its mission objectives of evacuating about 25,000 civilians from Ukrainian soil through Operation Ganga. India is essentially in a tough spot when it comes to this Russo-Ukrainian conflict. Traditionally, India has maintained its Non-Alignment approach, while the world went through the pangs of the Cold War, divided between the East and the West Blocs. Through the course of its history, due to events like the 1971 Bangladesh Liberation war and the stance of the US regarding its nuclear capabilities, India had been pulled closer to USSR and then the Russian Federation post the collapse of the USSR. Furthermore, the supply of military equipment to Pakistan embittered the relationship with the ‘west’. Off-late, however, India has been able to balance the scale between the extremums, by maintaining what Dr. Shashi Tharoor rightly coined as ‘Multi-Alignment’, later refined and refurbished by Dr. S. Jaishankar, the present Foreign Secretary of India. Russian Oil, which is way cheaper than the one being procured by India, has been instrumental in trying to balance the inflation and rise in crude oil prices all across India. The US and other NATO and EU nations have been selectively and occasionally vocal about how India is not taking a stand in the crisis, and abstaining from voting against any resolutions against the Russian Federations.

India has somewhat tried to steer clear of the catcalling, by terming the war as not their own, just as major EU and NATO countries, or the collective ‘west’ never bothers about what happens in Asia. Russia has been thus showering praises on India and China and called upon a ‘Multi-Polar’ world order to exist, instead of a Bipolar or Unipolar world order, which it accuses the US of creating for its gains. As Iran has made the news off-late for two very different reasons; one- for its supply of Shahed kamikaze drones to Russia for its SMO, which has halted Ukraine’s stupendous advances in recent times, and secondly-for its large-scale domestic riots involving Hijab and Moral policing under the Ebraham Raisi administration. Meanwhile, the Armenia-Azerbaijan conflict has been re-ignited due to the recently reported cross-border hostilities. India had been able to seize the opportunity, as it sold its Pinaka Rocket Launchers for a whopping $250 million to Armenia, while Turkey and Pakistan are supposedly backing the Azerbaijani regime.

Clearly, it is a conflict between the ‘Multi-Polar’ world order and the principles of ‘Multi-Alignment’ for India. On one hand, the multi-polar approach would mean China’s expected emergence along with India’s own in the mainstream so-called world order, while the west collectively might take the other side, as they would expect China and India to be in favour of the Russian Federation. This is in contradiction to India’s Multi-Alignment approach, which it has been able to maintain by keeping close ties with both Russia and the US. As the US undergoes its midterm elections and Russia seemingly steps up its ante against Ukraine, only time will tell what path India might take going forward.

Arka Ketan Banerjee is an Engineering graduate, pursuing his Master's in the same discipline at Jadavpur University, Kolkata. He has served as a Political Consultant in major Pol-Consulting firms, has a keen interest in International Relations, International and Domestic Politics, and is a major history buff.