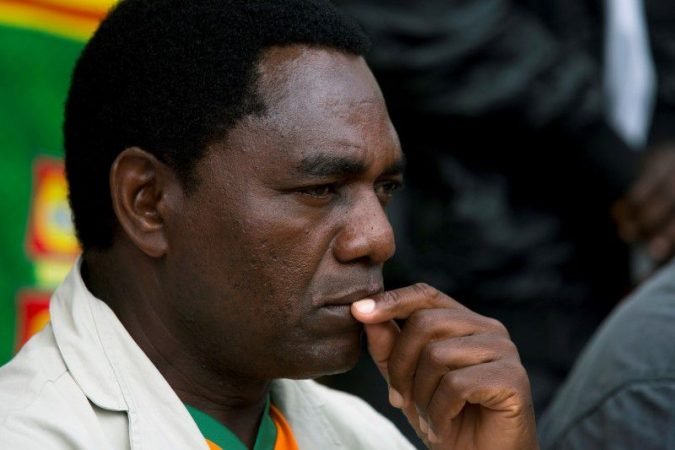 “I therefore declare that the said Hichilema to be president of Zambia,” electoral commission chairman, Esau Chulu, said in a packed results centre in the capital Lusaka.

That would make the third time that power has shifted peacefully from a ruling party to the opposition since the southern African country’s independence from Britain in 1964.

Across Zambia, celebrations broke out in the streets as Hichilema’s supporters wearing the red and yellow of his United Party for National Development (UPND) danced and sang, while drivers honked their horns.

Celebrations could be short-lived however: Zambia is in dire financial straights, and it became the continent’s first pandemic-era sovereign default in November after failing to keep up with its international debt payments.

That was owing to an explosive mix of depressed commodity prices – which had pushed Zambia into recession well before the pandemic – and a brutal slowdown in economic activity caused by the pandemic itself.

Hichilema, 59, a former CEO at an accounting firm before entering politics, now faces the task of trying to revive Zambia’s fortunes. The economy has been buoyed only slightly by more favourable copper prices – now hovering around decade highs, driven partly by the boom in electric cars.

International Monetary Fund support is on hold until after the vote, as is a debt restructuring plan seen as an early test for a new global plan aimed at easing the burden of poor countries.

Lungu, 64, has yet to concede defeat, and has indicated that he might challenge the result, which will be difficult, given the margin.

Lungu said on Saturday that the election was “not free and fair” after incidents of violence against ruling Patriotic Front party agents in three provinces, and the party was consulting on its next course of action.

UPND officials dismissed Lungu’s statement as emanating from people “trying to throw out the entire election just to cling on to their jobs.”

If Lungu wants to settle a dispute or nullify elections, he must approach the Constitutional Court within seven days to lodge a complaint after a winner is announced.

Hichilema’s win reverses a narrow loss in the 2016 presidential election against Lungu.