Forget the medals, the real game of the Olympics is soft power — and the opening ceremony is key 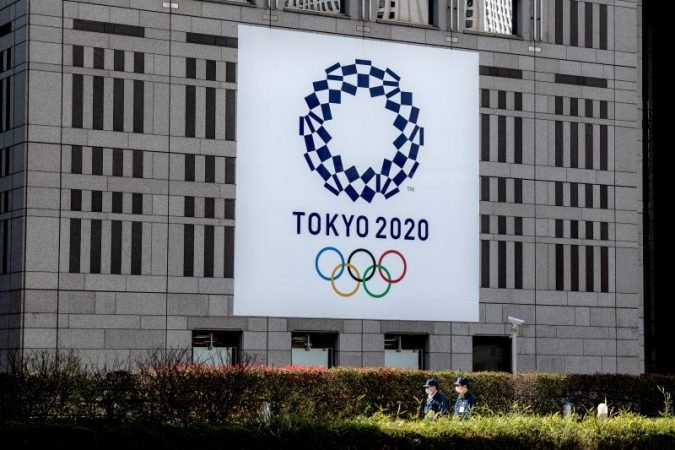 In reality, the games have long been a platform for soft power: the use of culture and values to shape people’s opinions in order to achieve political outcomes — particularly internationally.

Regardless of how many medals are won or lost, this is the real game of the Olympics.

And for the host country, the opening ceremony offers an unparalleled platform for building soft power.

The biggest artistic event in the world

Included in the Olympic Games since 1906, the opening ceremony combines pageantry, ritual and performance. With key components mandated by the Olympic Charter, including an artistic program and a parade of nations, the ceremony offers a unique opportunity for the host country to frame a cultural narrative about itself.

No other artistic event in the world offers immediate access to such a large audience of global viewers. In 2016, 3.6 billion viewers watched Rio de Janeiro’s opening ceremony on television.

Accordingly, the opening ceremony has increased in size, scope and expense in recent years. Demonstrations of dance, music and theatre are explicitly designed to dazzle spectators while also presenting a politically strategic image to the world.

Beijing’s opening ceremony in 2008 framed China as a model of spectacle and national collaboration. Directed by filmmaker Zhang Yimou at a cost of US$100 million (A$135 million), the event lasted over four hours and featured 15,000 performers. In one jaw-dropping sequence, 2,008 Chinese drummers performed in perfect unison.

For the 2004 opening ceremony in Athens, Greece endeavoured to highlight its heritage and connection to the Olympic Games of antiquity. The program included projections of the stadium used in the original games, a blazing comet that outlined the Olympic rings in fire, and an abstract reenactment of the progression of Greek civilisation.

At the opening of the 2012 London Games, Britain elected to emphasise its national musical legacy, with performances by Paul McCartney, the Sex Pistols and Arctic Monkeys. In a further nod to British popular culture, Queen Elizabeth II and James Bond actor Daniel Craig appeared to jump from a helicopter.

The last time Japan hosted the Summer Olympics was in 1964, and the stakes were unusually high. After the shame of the second world war and Japan’s subsequent exclusion from the 1948 games, Tokyo 1964 was key to its efforts to re-establish a positive international reputation.

With the development of satellite technology, the 1964 games were also the first to be live broadcast. The opening ceremony was suddenly a chance to showcase Japan at its best to a worldwide audience.

Symbolising Japan’s new era, the Olympic torch was carried into the ceremony by Yoshinori Sakai, born in Hiroshima on the day the city was bombed in 1945.

Because of the opportunity to access millions of international viewers at once, opening ceremonies have become a powerful tool of cultural diplomacy.

But such a public platform also has its risks, and the diplomatic cost of any incident that contradicts a country’s carefully curated image can be extreme.

Consider the dove debacle of Seoul’s opening ceremony in 1988, when dozens of doves were accidentally incinerated by the Olympic flame on live television.

Japan has already faced difficulties that threaten to tarnish its Olympic image. After a one-year postponement, the costs of this year’s games may exceed US$26 billion (A$35 billion).

With significant restrictions on spectators, Japan will not benefit from the typical boost from international tourists. This makes the country’s potential soft power gains from the televised opening ceremony all the more crucial in order to justify the financial investment.

But even the televised spectacle will be taking place amid controversy. Only a day before the Opening Ceremony, the event’s director Kentaro Kobayashi was fired over a 1998 video in which he joked about the Holocaust.

Kobayashi is the third high-profile artist associated with the Ceremony to leave. Creative Director Hiroshi Sasaki resigned in March after calling a plus-sized celebrity an “Olympig,” while composer Keigo Oyamada left on Monday over historic bullying.

Japan’s success at building soft power will also be unavoidably lessened by the pandemic. The Opening Ceremony’s artistic program will take place in a largely empty arena — a reminder of the cost of the pandemic in terms of both lives and our ability to come together.

Each smiling team of internationally competitive athletes during the Parade of Nations will similarly be viewed against their nation’s efforts (and failures) to manage COVID-19.

Meanwhile, the Olympic Committee is maintaining a running list of athletes and staff who have been infected while in Japan. Even before the Opening Ceremony, the list stands at over 100.

Caitlin Vincent is a Lecturer in Creative Industries, The University of Melbourne. || Katya Johanson is a Professor of Audience Research, Deakin University