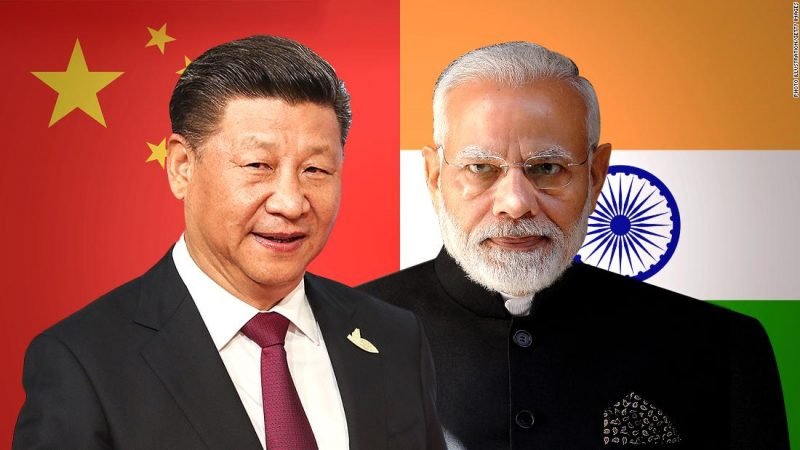 China and India’s unending border tensions have brimmed to the surface again. Despite the disengagement followed as a plan after the Galwan Valley dispute, last year, China seems to have accused India of ‘encroachment’ and highlighted that these tensions in the borders are caused because India is continuously increasing military in the region. The statement came in light of the interview conducted by Bloomberg with China’s Foreign Minister Zhao Lijian. The statement was reshared by the Official Spokesperson of the Chinese Embassy in New Delhi, Wang Xiaojin. In a Twitter thread, the spokesperson explained that due to the military encroachments designed by India. Border tensions arise as ‘encroachment of territory’ remains to be a significant threat to China by any ‘relevant’ country. He also added, “For a long time, the Indian side has been increasing its military deployment along China-India border & encroaching on China’s territory. This is the root cause of tension along the China-India border.”

Stating that Chinese military deployment in the Western borders shared between the two countries as normal, one wonders whether China has ever respected the borders themselves. Given the history of border disputes between India and China, it seems that there had been multiple attempts made by the dragon to expand its territories extending up to the North-Eastern state of Arunachal Pradesh.

India’s response to this statement highlighted the history of border disputes and efforts to change the status quo was made by the ‘wolf warrior. The rebuttal came from the Ministry of External Affairs whereby China had violated the bilateral arrangements of 1993 and 1996. The statement further read, “It is well recognized that it is has been the Chinese actions over the last year, including the amassing of a large number of troops close to border areas in the Western Sector, and trying to unilaterally alter the status quo along the LAC, which have seriously disturbed the peace and tranquillity in the border areas.” The statement stands out in sharp contrast to the one made by the Chinese Foreign Minister, where he claimed that China has always believed in and respected peaceful settlements of border disputes. The word ‘peaceful’ used by the Chinese remains an unsettling and unimaginable scenario.

Indian Minister of External Affairs S Jaishankar had just recently mentioned his apprehensions about whether China will uphold the agreements made on the border dispute last year. He said, “The issue is whether China will honour written commitments about both countries not deploying a large armed force at the border.” The statement is indicative that although China has agreed upon disengagement, it remains unclear given there have always been disruptions in respecting border settlements.

Over the past few years, there’s no trace of humble diplomacy being showcased by the Chinese, the word coined here is ‘Wolf-Warrior’ diplomacy—the aggression and straightforwardness displayed by the diplomats. The growing presence of China around India’s neighbours is a disconcerting fact. The developments in Sri Lanka and Pakistan must remain as a check for India to pursue diplomacy in the right direction. China has time and again attacked and accused India of choosing the wrong direction, implying the QUAD and its functions around the Indo-Pacific region. Even last month, a deleted tweet showed China’s juxtaposition of development and India’s burning pyres due to the ongoing pandemic. However, to claim and accuse India of encroachment is nothing but hyperbole used as an expression of speech.

With a paradigm shift in the geopolitics of South and South East Asia, India must watch out for the words and actions of China, especially at a time when cold tensions have arisen between the West and China over uncountable issues.