New Consulate in Maldives: A leap towards strengthening India-Maldives relation? 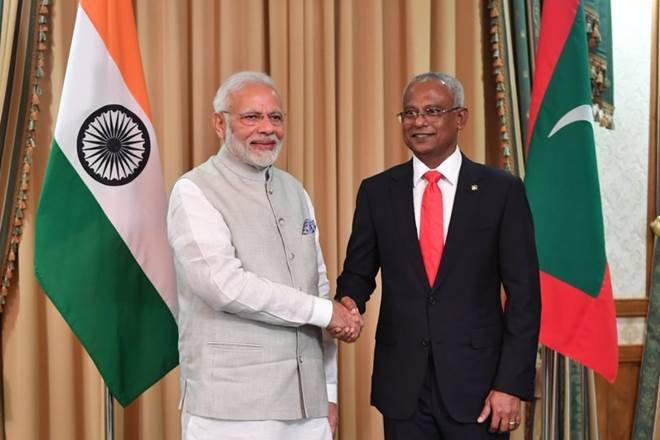 The government of India approved the opening of the Indian Consulate in Addu city of Maldives, this year. This is looked upon as a sign of strengthening diplomatic presence in the Indian Ocean, as this is for the first time in the history of Maldives that a Consulate office would come up in its island other than the capital city of Male’. However, the Maldivian government headed by President Ibrahim Solih has not yet come up with a final decision on this matter. Though India-Maldives relation has always been warm and cordial, the relations frayed during the regime of Abdulla Yameen (between 2013-18), have improved since 2018 after MDP led ruling coalition came to power and it has been perceived as having a pro-India approach. As the local representatives and legislators from the MDP also seem to be supporting this initiative.

The Mayor of Addu City, Ali Nizar has stated that the establishment of a consulate or an embassy of another country in Addu City is necessary for the development of the atoll. He further emphasised that since India had already invested around $200 million in an ongoing project of a Police Training Academy, therefore coming up of an Indian Consulate would be an opportunity to enter the international field and allow a way for foreign investors. Apart from this, Speaker Mohamed Nasheed, who is currently in Berlin, recovering from injuries sustained in an assassination attempt, tweeted, “Both Addu and Maldives will benefit from the creation of an Indian consulate in Addu”.

More than 5,000 Maldivian expatriates live in India which comprises the largest Maldivian population abroad, apart from that a large number of Maldivians come to India on medical and educational visas from the various island, thus a consulate at Addu city would allow easy visa access to the islanders. Further, many of the Indians living in islands would also get easy consular reach out especially at the time of emergency and would facilitate their passport and other documentation work.

Having said that, an opposition voice could be heard promoting the “#IndiaOut” campaign against the growing military cooperation between the two nations and the consulate. According to the local media publication The Times of Addu, a Consulate could become a home for Indian intelligence and would hamper the sovereignty of the country. U.K.-based Maldivian academic Hassan Ugail, who hails from Addu, underscored the need for a data-driven approach to establish a consulate. Pointed to the “economic growth prospects” argument made by some in favour of opening a consulate, he said there are no signs yet of “such economic growth, investments or mass tourism from India to Addu city”. Hearing of these criticisms, the Indian Embassy in Male’ announced flight connectivity between Addu and India.

Now, sensing the already existing apprehensions India should have waited till for the Maldivian authorities to make any such announcement regarding the coming up of an Indian Consulate in Addu, rather the New Delhi’s premature publicity about approval for opening a consulate in Addu. In these critical times, when Speaker Nasheed who has been well known for his liberal, secular and modern views were bomb attacked—the suspect has been towards the extremist groups that are increasing their grip in the island nation—has already been a matter of security concern. Apart from this, a few months back a debate had aroused in the Maldivian Peoples Majlis about BJP’s Hindutva ideology. Therefore, it is crucial for India as major South Asian power to maintain and invigorate this relationship and an Indian Consulate would be a great step towards this, however, its diplomatic and bureaucratic process has to be strategically thought about on the Indian side.