Bangladesh no longer the basket case: A rising economy in process 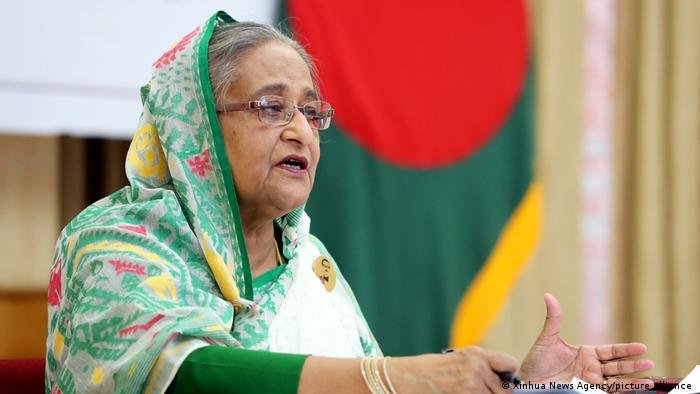 Bangladesh government has donated about US$ 7.7 million to debt-ridden Sudan for rebuilding its battered economy from years of corruption and sanctions as a part of IMF’s debt relief. This assistance came, soon after Sudan opened talks with the International Monetary Fund and the World Bank to write off its $60 billion in debts. This very headline speaks volume about Bangladesh’s economic growth and development, which was once labelled as a “basketcase” by Henry Kissinger, former US Secretary of States. Bangladesh gained independence only in 1971 from Pakistan, and it was born amid famine, poverty and war—was a struggling economy.

The economic rise of a country can be identified from its GDP figures, which has grown by 9% over the past decade in the case of Bangladesh, and the per capita rising to $2,227, while Pakistan’s per capita income is $1,543, and India’s per capita income is $1,947, shows that Bangladesh’s per capita is highest among the three. In 1971, Pakistan was 70% richer than Bangladesh; today, Bangladesh is about 45% richer than Pakistan. The World Economic Outlook data released by World Economic Forum in 2020, projected that Bangladesh would surpass India in terms of per capita GDP (at current prices) in dollar terms. The credit for advancement in Bangladesh’s economy could be given to three factors that are; export, social progress and fiscal prudence. There has been an exponential rise in the export of goods and services from Bangladesh over these years, and its social progress is evident in the way the female workforce has grown.

This is perhaps not the only time that Dhaka has extended aid to another country, as it was also one among the 40 nations to provide Covid relief to India and it was Bangladesh this time that provided currency swap to Sri Lanka. It shows how Bangladesh is emerging as an important economic power in the South Asian region.

Further, the recent instances of Bangladesh providing financial support to poverty laden, debt-induced and war inflicted African countries like Somalia and Sudan, is an example of Dhaka’s expanding reach beyond the Indian subcontinent to other continents, which adds to Bangladesh’s diplomatic achievements. Itself being a developing economy, its current move has helped bolster its influence in the least developed regions of the world, especially at a time when the power dynamics of the world diplomacy has shifted towards South Asia and it is emerging as a potential political and economic centre, which Bangladesh is blooming an important part of.

In the recent past, when Bangladesh provided refugee to thousands of Rohingyas on the humanitarian ground at a time when other neighbouring countries had denied them refuge, this helped Bangladesh gain worldwide appreciation. Providing aid to Sudan in these tough times would add only to the goodwill of Bangladesh leading to significant positive change in the international perception about Bangladesh.