All eyes on Hezbollah as tensions rise on Israel border 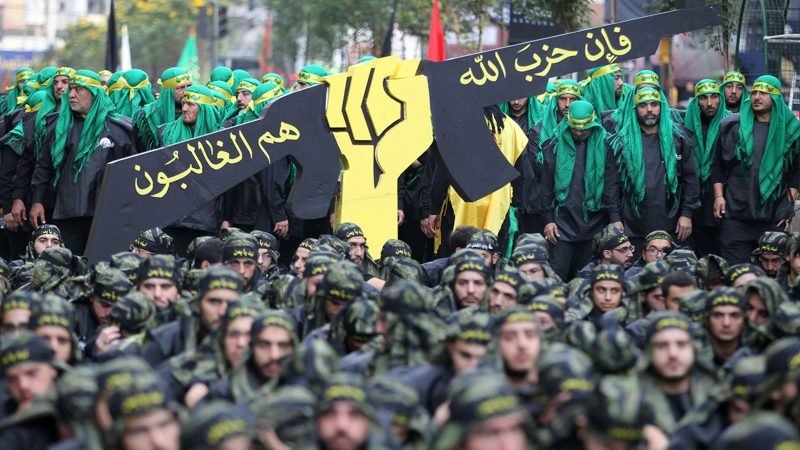 Israel’s deadly Gaza offensive has many eyes trained on the Lebanese border for a Hezbollah reaction, but observers argue the Iran-backed movement is unlikely to risk an all-out conflict.

Incidents at the border in recent days have raised the temperature but, with Lebanon already on its knees amid a deep political and economic crisis, the Shiite group seems intent on refraining from an escalation.

“There is nothing that currently suggests escalation,” said Sadiq al-Nabulsi, a Lebanese academic close to Hezbollah.

“But the decision to go to war traditionally falls on Israel.”

Hezbollah and the Palestinian Hamas, both designated as terrorist groups by Israel and much of the West, have mended fences after ending up on opposing sides of the Syrian war a decade ago.

Hezbollah, founded in the 1980s to fight Israeli occupation of southern Lebanon, has grown into Iran’s main regional proxy with operatives in Syria, Iraq and Yemen.

The only Lebanese faction to have kept its weapons after the 1975-90 civil war, Hezbollah now has a more powerful arsenal than the Lebanese national army.

It justifies this by emphasising its role of “resistance” against the Israeli enemy, a theme that still occupies a central place in the rhetoric of the movement.

Six years after Israel pulled out of Lebanon in 2000, the Lebanese militia and Israel fought a devastating 34-day war.

The 2006 conflict killed around 1,200 Lebanese and cost the country dearly by impacting infrastructure, investment and tourism.

Their simmering conflict has played out mostly in war-ravaged Syria, where Israel has carried out hundreds of strikes on Hezbollah and other pro-Iranian assets.

Minor border spats sporadically bring tensions to a boil but often wind up with a set of carefully choreographed face-saving salvos.

“Any minor incident can lead to an exchange that could snowball and any miscalculation could cause escalation,” Nabulsi said.

On Monday evening, rockets were fired from the Shebaa farms area in south Lebanon towards Israel but failed to fly past the border. The Israeli army responded with artillery fire.

It was the second time rockets were fired from Lebanese territory towards Israel since hostilities flared between the Jewish state and armed Palestinian groups in the Gaza Strip last week.

Last Thursday, three rockets were fired from near the Palestinian refugee camp of Rashidiyeh toward Israel. Israel’s army said the rockets fell into the sea.

Sources close to Hezbollah were quick to deny any involvement in either attack.

Also in the border area, protests have been held against Israel’s air campaign on Gaza, with a Hezbollah member killed by Israeli fire last week during a pro-Palestinian rally.

Hezbollah mourned the victim as a “martyr” but stopped short of calling for vengeance or retaliation.

Before the latest tensions, Hezbollah and Israel repeatedly signalled they were not interested in an escalation.

Hezbollah chief Hassan Nasrallah, in a speech to mark Al-Quds (Jerusalem) day this month, said it was a responsibility for his movement to stand behind Palestinians.

“But the primary responsibility is on Palestinians” themselves, he said, before warning Israel that his group would respond firmly if provoked in Lebanon.

“We are with them, we will offer support and assistance in all ways and we will always carry out our duties as required during different steps and stages,” he said after meeting with representatives of these factions.

The group may consider sending financial, military and logistical support as it has done in the past, said political analyst Talal Atrissi of the Lebanese University.

But any direct attack on Israel would mean an all-out war on multiple fronts including neighbouring Syria.

“There is nothing to suggest that there is any intent for this kind of war,” he said.

“Lebanon is on the brink of collapse because of the financial crisis and political divisions,” he said.

“There is no government, there is no lasting, durable or stable infrastructure that would even allow someone to consider an action of this kind.”

Israel this month announced one of its largest ever war games, including drills on the Lebanese border.

Hezbollah has doubled its arsenal of precision-guided missiles over the span of a year, according to Nasrallah, and is observing the performance of Hamas’ weapons keenly.

So far both sides have emphasised they are prepared, not preparing, for war.

“The Lebanese Resistance is a defensive force, we do not initiate aggression against Israel,” said lawmaker Mohammad Khawaja of the Amal Movement, Hezbollah’s main ally in Lebanon.

“Today, there is no attempt in Lebanon to open a front with Israel, but we will respond strongly to any Israeli aggression or provocation.”