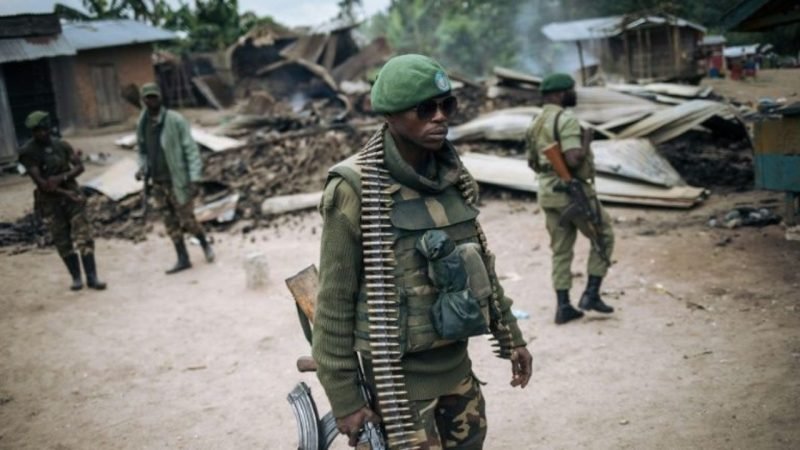 The Democratic Republic of Congo’s presidency on Monday ordered military and police officers to take over civil authorities in two regions that have been declared under a “state of siege”.

North-Kivu and Ituri — both eastern provinces where dozens of armed groups operate and civilians have been subject to horrifying massacres — were declared under siege on Friday.

Under the DRC’s constitution, the president can declare a state of either siege or emergency “if severe circumstances immediately threaten the independence or integrity of the national territory, or if they interrupt the regular functioning of institutions”.

In an address broadcast on public television on Monday, President Felix Tshisekedi said he had heard “the cries of distress of our population, and felt the pain that our mothers, sisters and daughters are suffering in these provinces ravaged by barbarity”.

His spokesman Tharsice Kasongo Mwema confirmed that the two provinces would be declared under siege for 30 days starting on Thursday, May 6.

“To respond to the situation during the state of siege, the provincial governments of Ituri and North Kivu, and the entities of these provinces, will be replaced by offices of the armed forces of the DRC or the national police,” he said.

“The action of the civil jurisdictions will be substituted by those of military jurisdictions” until “the reestablishment of the peace”, he added.

The announcement of a state of siege has been welcomed by North-Kivu governor Carly Kasivita, who said he had repeatedly urged a “national mobilisation” to deal with attacks in the province’s Beni region.

However, some observers have expressed alarm at the idea of replacing civil authorities with military ones, warning it could lead to abuses of power.

Mineral-rich North and South-Kivu, which lie along the DRC’s eastern borders with Uganda, Rwanda and Burundi, descended into violence during the country’s two wars between 1996 and 2003, and have never regained stability.

Ituri, further to the north, has also been rocked by violence since late 2017 after 15 years of relative calm.

The Kivu Security Tracker, a monitoring group, estimates that 122 different armed groups of varying sizes are active in the eastern DRC.

The Allied Democratic Forces, a group of Ugandan Islamist fighters based in eastern DRC since 1995, are blamed for many of the massacres.

The ADF — which the US brands a “terrorist” organisation” affiliated to Islamic State group — have been accused of murdering more than 1,000 civilians since November 2019 in Beni alone.