Public Diplomacy Galore: As New Delhi and US resettle in the Global Order 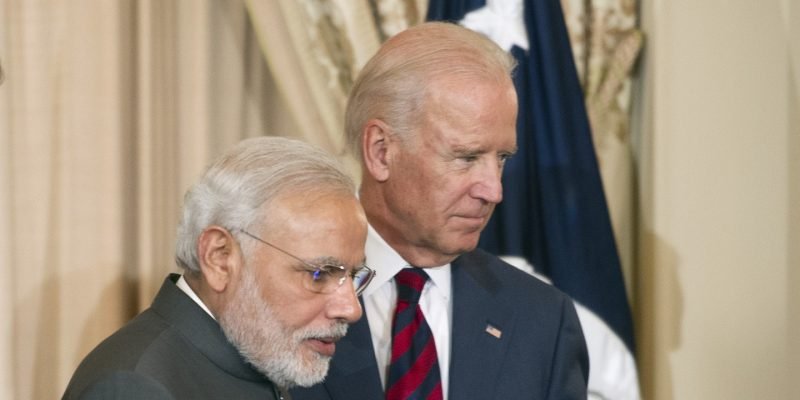 Public Diplomacy and its Impact for India

Public Diplomacy is a spectacle par excellence but never a Tamasha or mere showmanship for the Fourth Estate. The entire process of Foreign Policy manoeuvres undertaken by the Modi denomination falls in the category of sane and controlled razzmatazz in order to serve the national interest which is an inane comprehension in the diatribes of the opposition. The entire process is part of a larger Political Interest model which ascertains a riposte from the State actor or the Regime of the day as the opposition aka the arch antagonist utilizes the modicum of palsied propaganda and vitriol in order to belittle the Global overarch of the New Delhi denomination.

PM Modi has been a kind of path-breaking idiom in the seventy years of saintly somnolence in the establishment. The tack of an artifice is to market a nation which is already accoutered with the vast and rich heritage and a rich culture which made the outing comfortable for our Prime Minister. It’s the art of the impossible which the previous Regimes miserably failed to undertaken in “a must approach” of making the Bhartiya idiom successfully poised in the larger ideational terrain of Global Politics. What the New Delhi denomination has achieved is the larger-than-life artifice of launching forth a surging nation on to a pathway of International prominence and resuscitation of its past glory in order to create a separate and Unique selling proposition for Indian morality and age old but timeless ethicality in the realm of Foreign Policy along with a newly expressed readiness for pursuing a guilt-free aggressive foreign policy.

The speeches in Madison Square Garden, the UN General Assembly, San Jose and the US Congress have ushered in the theme of Indian hyper-suissance in the Global arena. International Politics is also about staging a show and presenting a badly imaged nation in a prim and proper manner which the New Delhi denomination has successfully achieved. The Linen shirts of all the heads of states, with, President Donald Trump looking engaged as the Indian Prime Minister presented the Indian speak in all its resplendent glory, is a visage that was not witnessed in the past era of international relations. The South-East Asian facet is one mere scintillation and the entire aplomb is about tying up with the United States in the larger context. Realism ordains a pragmatic approach and life is difficult for Political leaders as they cannot be judgmental in foreign Affairs like an ordinary denizen. This can be achieved through the informal convergence of the Quad group of nations, namely, the United States, India, Australia and Japan which goes beyond the mere and direct objective of Chinese containment. It is here that India and the United States share common regional and global objectives and with the Covid-19’s second wave taking its toll on the Indian population, United States needs to shore up the Indian health tragedy.

The larger professional world which is worth talking about understands the importance of communication which has been brilliantly achieved in a grandiloquent manner by the New Delhi denomination. It’s here in the quaint innovation streak along with Global mobilization buttressed by an unparallel presentation which makes the post-2014 Foreign Policy a successful outing without being muscular or anything which is the much-bandied verbiage traded by several international relations observers.

The India US Relationship

The manner in which New Delhi has manoeuvred in the context of the Nuclear Supplier Groups (NSG) and negotiated New Delhi’s entry inside the dynamics of the global nuclear trade is also commendable has added to the stature of the Indian nation. With the Interim National Security Document released in the aftermath of the first hundred days in office for President Joe Biden, the emphasis is back on reengagement. It can also be surmised that the importance of values and ethics leading to a larger convergence of Democracies and the revitalization of Democratic entities too has come to the foreground. President Trump, too, had postulated about the new leadership role of New Delhi which has reached fruition with the New Delhi being a dialogue partner of the negotiating parties in the Doha round of diplomacy. Thus, the larger notion of New Delhi finding its way through two hostile neighbours, namely, Pakistan and China with the age of Chinese hegemony and expanse requires a new rebalancing by India. President Joe Biden too states in the Interim National Security document that China and Russia remain as twin stiff challenges for the United States. Along with India, the US, too insists on adherence to the ideals of innovation, artificial intelligence and automated robotics, as, a precursor element of American re-engagement with the advent of the Joe Biden Administration. Thus, in the present context of a freshly elected Joe Biden administration, cooperation can be furthered in the line of the India’s Covid-19 challenge as pressure mounts on the White House to secure India in the devastating Pandemic.