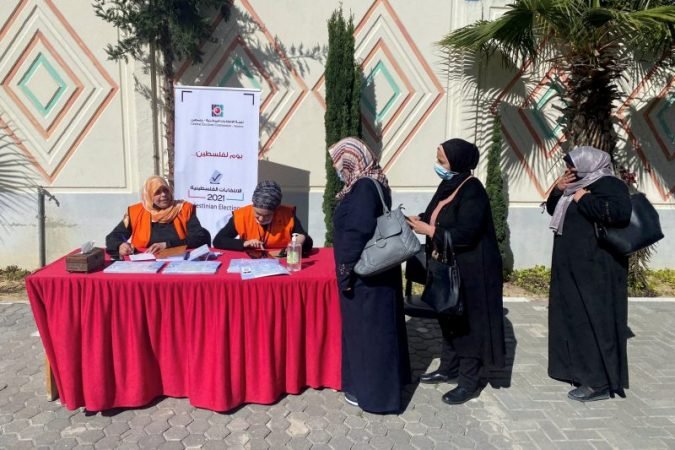 Historic Palestinian presidential elections presumed to take place on 22 May have been delayed indefinitely by President Mohammed Abbas amid conflict over voting rights with Israel. This decision comes two days before the election campaigns are set to commence for the first time in 15 years. Abbas, who has been the State Leader of Palestine since 2007 has apparently blamed it on Israel prohibiting Palestinians from the annexed East Jerusalem region from voting. While critics have claimed that this move is a result of Abbas’s anticipatory fear of losing the seat to Hamas.

This long overdue national vote was announced 3 months before, surging hope among the already conflict-ridden region to end a paralyzed and divided government. The announcement has angered Palestinians who were looking forward to a change of a decade-and-half-long government that failed to live up to their key promise of liberating Palestine from Israel. Protests have broken out in the streets of West Bank and Gaza.

In a meeting held on Friday, Abbas reportedly called for this decision after the Israel government refused to give a confirmation to let the Palestenians in East Jerusalem participate in the voting process. “Due to this difficult situation, we decided to postpone the legislative elections until the participation of Jerusalem and its people is guaranteed…We will not relinquish our rights to Jerusalem and the rights of its people to exercise their legitimate democratic rights,” he said in his statement to the party leaders. According to the agreement with the Israeli government, only 6,300 Palestanian are permitted to cast their vote in the designated post offices out of the total estimated 150,000 eligible voters in the suburbs.

Citizens and opposition leaders have speculated this is to be a suppression of the eventual rise of the Islamist militant Hamas party who now occupy the Gaza Strip. Hamas has in fact warned Abbas to not go through with this decision.

The unrest in Palestine is at an all time high with Jerusalem being the point of contention. The dispute over this territory has been at the heart of conflicts since the 1967 Middle East War. Now the capital of Israel (although the status is not popularly recognized by the international community),  neighbouring country Palestine has been claiming East Jerusalem as the capital of a future hoped-for state. Approximately 350,000 Palestenians live in Israel currently.

This comes at a time when violence has racked at the borders ever since the beginning of the Muslim holy month of Ramadan. There have been clashes between the Israeli military near the Gaza strip. This is a result of the police barricading the Old City wall, not letting the Palestenians hold their regular evening prayer gatherings at the Damascus Gate. The Palestine military had fired rockets across the border last Saturday with the Israelis retaliating with an exchange of fire.

The civil dissent is expected to get worse with the ongoing tensions along with the national elections delay. The Palestine Rights Committee has pled to the Security Council to ensure the elections and the preparations aren’t impeded by the Isreal administration. The letter submitted by the Committee said,“the Palestinian people are avid to take charge of their own destiny and participate in the elections throughout the Occupied Palestinian Territory, including East Jerusalem… democratic elections are a crucial factor for the full realization of the inalienable rights of the Palestinian people and for a just solution to the question of Palestine based on relevant United Nations resolutions, international law and agreed parameters that ensure the realization of two States, Israel and Palestine, living side by side in peace and security, along the pre-1967 lines and with East Jerusalem as the capital of the Palestinian State”.