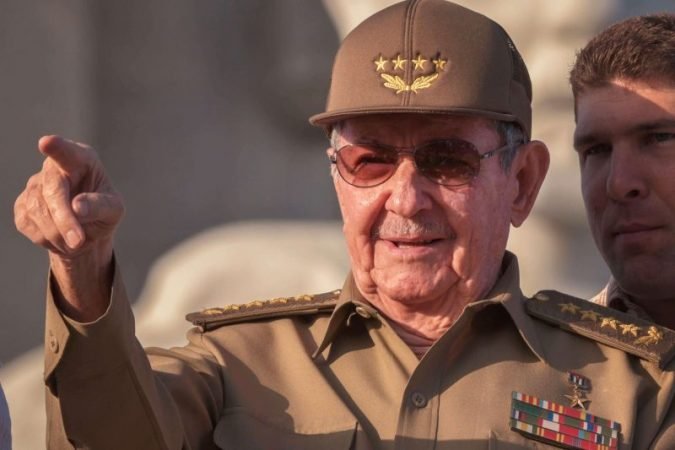 On April 16, 2021, Raul Castro – younger brother of longtime Cuban leader Fidel Castro – relinquished his position as first secretary of the Communist Party of Cuba, the most powerful position in Cuba.

Castro, 89, became Cuba’s president in 2008, after his brother’s incapacitation, and took over the first secretary role from Fidel in 2011. Fidel Castro died in 2016.

Just as Fidel’s death did not suddenly transform antagonistic U.S.-Cuban ties, neither does Raul Castro’s departure.

Cuban President Miguel Díaz Canel, who took office in 2018 after Raul Castro stepped down as president, has resisted calls for democratic reforms and has pressing economic issues to manage, as well as a pandemic.

So does his American counterpart, President Joe Biden. The White House recently said Cuba policy is “not a top priority.”

Neither leader is likely to risk his political future with bold diplomacy. But younger Cubans continue to separate themselves from the policies and priorities of their government, creating a basis for a different relationship with the U.S.

No longer a threat

Raul Castro’s retirement coincided with the 60th anniversary of Cuba’s military triumph over the U.S. at the Bay of Pigs.

On April 17, 1961, Cuban nationals aided by the CIA began an invasion designed to overthrow Fidel Castro. The Cuban army quickly defeated them, humiliating the Kennedy administration.

Cuba soon allied itself with the Soviet Union, then America’s greatest enemy. The U.S. responded with a rigorous trade embargo.

In the six decades since, U.S.-Cuban relations have alternated between hostile and icy, with a brief thaw under President Barack Obama.

Fidel Castro’s Cuba supported leftist insurgencies and Soviet allies across Latin America and the world, from Nicaragua to Angola. In 1962, Castro permitted Soviet missiles to be set up in Cuba and aimed at the U.S., about 100 miles away, leading the U.S. and Soviet Union to the brink of nuclear war.

Today Cuba is still communist and it remains on the State Department’s list of countries that support terrorism, alongside Iran and North Korea. But bereft of patrons like the Soviets, it presents no danger to the U.S. mainland or its allies.

The Cuban people have changed just as much, according to my two decades of research on and travel to the island.

Unlike their parents and grandparents, Cubans in their 20s, 30s and 40s never enjoyed a sustained, functional contract with the regime: We provide you a living, and in exchange you give us support, or at least acquiescence.

Cubans who came of age during or after the so-called “Special Period” of the 1990s – when Cuba faced economic collapse – rely on the government to deliver certain services, primarily health care and education. But they know it cannot feed, clothe and house its people in any but the most basic way.

Young Cubans have to hustle to survive – or “resolver,” a Spanish verb that means “to resolve” but which in Cuba refers to providing for one’s family.

And the Cuban hustle has a capitalist bent.

In 2008 Raul Castro’s government cut public payrolls and allowed Cubans to earn private incomes, hoping Cubans would earn more money and generate more tax revenue. Previously, all jobs in Cuba were government jobs, whether you were a grocer or an architect, with government-regulated salaries.

Today, official statistics say about a third of Cubans are privately employed. But the real proportion is almost surely higher. Almost all the adult Cubans I know have their own business – whether cutting hair or renting their home as a bed and breakfast – along with a traditional government-regulated job.

Meanwhile, the government has begun to eliminate the subsidies that long defined Cuban life. Ration books for staple foods are disappearing and with them, subsidized prices.

Food and clothing costs have doubled or tripled in Cuba in the past year. Utility prices have increased by factors of four or five.

Cuban state salaries have risen since economic liberalization, but not that much.

Consequently, many Cubans operate outside of the law, trading in everything from clothing to scrap metal or gasoline stolen from the state. Cubans call people with illegal businesses “bisneros.”

Whether legal restaurateur or black-market bisnero, Cubans operate businesses not to become rich but to “resolver.” They hope to improve their lots modestly, allowing their families to eat a wider range of fresher foods, or to save for a child’s birthday party.

Cuba “forces us to be criminals just to make a living,” said 26-year-old Carlo Rodríguez, a server at a Havana restaurant.

Older Cubans remain faithful to the Castros’ vision of Cuba as an anti-imperialist, anti-American outpost. But revolutionary slogans like “socialismo o muerte” – “socialism or death” – do not resonate with young Cubans.

Last year, a dissident artists movement organized via WhatsApp and gained enough popular support to force the government into unprecedented negotiations about expanding freedom of expression in Cuba. A crackdown followed, with some dissidents jailed. But calls for free expression persist among younger Cubans.

Most Cubans also want closer ties to the U.S., according to a 2015 poll. Since the adoption last year of a single currency pegged to the U.S. dollar, American money is “like gold” on the island, my friend Tony, a shopkeeper, told me.

It is the U.S. embargo and former president Donald Trump’s tightened restrictions on travel to the island – not the Cuban government – that prevent Americans from spending their dollars on the island.

Cubans know this, and they resent the embargo for making their lives miserable. But younger Cubans recognize Cuba’s ailing centrally planned economy as a problem, too.

Cuban Americans, on the other hand, largely supported Trump. Recent polling showed about 45% support keeping the embargo, up 10 points from two years ago.

Such sentiments make it more difficult for Biden to initiate his own Obama-style “thaw.” But they cannot stop the changes at work in Cuban society.

This was originally published by The Conversation