Space Diplomacy, Space Asset and Symbolism: Do we have enough Space in Space? 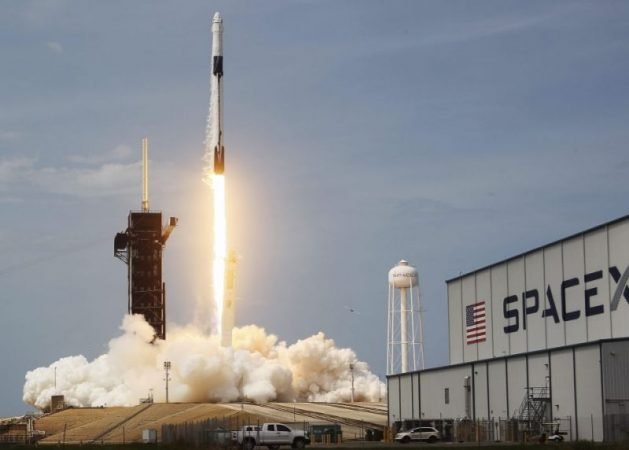 When nations could not manage diplomacy on the ground, they took it to space which gave rise to the modern-day phenomenon of ‘space diplomacy’. The phenomenon is not only real but challenging given the marathon to have the maximum satellites staged in space. Space diplomacy has no such confined meaning, but to describe it in a layman’s language, it simply refers to how a country tries to manipulate ‘things from above’ by sending space machines and equipment. However, recent times have seen countries fighting over a ‘space’ in ‘space’, ironical much. Diplomacy over space articles have come to define international relations in the present times and now with Elon Musk’s Space X, the world witnessed how commercial satellites can be easily launched, therefore, challenging the already high paced loop for space diplomacy and developments. The more space satellites the better scope for the practice of soft power between the countries. As Space diplomacy takes precedence in modern-day politics, the approach towards could be perplexing too. The battle to occupy more resources in space has resulted in the ‘weaponization’ of space articles which again is an equal deterrent to nuclear missiles. The mechanisms around the conduct of space assets and diplomacy remain unravelled and hence the debate on it calls interjections, benefitting countries and citizens.

The march for space diplomacy and assets is being led by the US, of course, but India does not lag in this. Apart from the ‘symbolism’ attached, the fight over space diplomacy could be seen as an extension of territorial politics too. A report published by the World Economic Forum mentioned that around 1950 active satellites orbit the earth and more are to join them in the future. The USA has about 830 satellites and compared to that, India has only 54 active satellites orbiting the earth. However, the range of space diplomacy and assets go beyond the number of active satellites because the trend set now is more focused on policy formations and implementation of cooperation to push the boundaries for exploration and knowledge. The entry of private players has accelerated the process of sending more assets into space. However, the recent developments in this domain have been very worrisome as countries are plan to make their marks in space. The International Space Station which could be seen as successful cooperation of multinational interests is now short of one member. Russia announced earlier last week that it would be withdrawing from the ISS by 2025 and launch its space station by 2030. The decision does amplify how the grab for resources are going beyond earth and Russia’s decisions come at a time when the world is witnessing the rise of a demarcated ideology, parallelly similar to the Cold War times. China cannot be overlooked here too. Space assets are slowly turning into ‘military threats’ which makes it significant for countries to develop their policies to not only regulate but operate in space.

Speaking of India which is not much behind in this competition as the Indian Space Research Organization (ISRO) has launched several PSLVs, helping the country to formulate geopolitical strategies. France and the Middle East has been the closest aid to India when it comes down to the development of technologies of space assets. However, independently the satellites launched have helped SAARC nations and also operations in Brunei, Indonesia and Mauritius. However, scholars argue that India must step up its game when it comes to acquiring more in the space and develop assets. As mentioned before, the US is much ahead when it comes to space assets and the recent development show how the country has committed a part of its military to space events. India has been advised on several occasions to develop its space military given the unrestful bordering nations. To address the elephant in the room, China is not lagging and what seems to be an intensive stride in the development of space technologies, India must be alert and cautious. Therefore, as much as space has contributed to modern-day research, it has slowly started to act as a military deterrent too. With the Anti-Satellite Test that was conducted in March 2019, India was able to showcase its efficacy in shooting down satellites in space, thereby joining the ‘elite’ club which holds this potential. The biggest breakthrough in space diplomacy for India came when it decided to dedicate a separate agency known as the Defence Space Research Organization (DSRO) which will work as the development of space technologies and warfare wing for the country. In addition to that, the DSRO will also be providing all materials related to research and development to the Defence Space Agency, the latter being a tri-service wing of the Indian Armed Forces. Prioritizing security and space warfare indicates how nations are aware of possibilities that could prove to be fatal, if not prepared decisively.

The question that requires an answer is whether space promotes the ‘multipolar distribution of power’? NASA’s breakthrough by launching the ‘Ingenuity’ Helicopter on Mars shows that technology has surpassed all possible boundaries known to human knowledge and therefore the agenda for smaller states and their sovereignty becomes a significant segment discussing space diplomacy and assets. As stated earlier, the ‘symbolism’ attached with this phenomenon highly exemplifies the hollowness of space regulations. Usually, smaller states are dependent on the ‘elite’ club for space launch and thus the aspect of sovereignty is undermined. The human curiosity to know what lies beyond the earth landed them in space and with speeding upgrades in technology the possibilities of space warfare is likely emerging. Fortunately, through the United Nations Office for Outer Space Affairs, the matters concerning space assets and the ‘military’ threats are being addressed. Guidelines for long-term sustainable use of outer space had been adopted in 2019 which looks into the regulations, capacity building and awareness of space activities. As more countries deplore in space for research and development, space diplomacy takes precedence especially for a country like India where it is highly important to grow defence and surveillance strategies in a dynamic geopolitical setting.