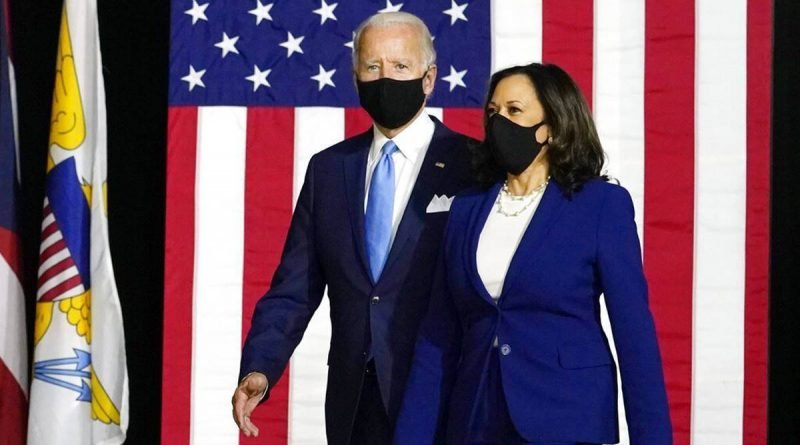 The United States on Sunday led international pledges of support for India as the country grappled with worsening Covid-19 crisis with record daily death rates and severe medical shortages.

The Indian healthcare system has struggled to cope with a huge surge in cases, leaving patients’ families begging for help on social media and the capital New Delhi forced to extend its strict lockdown.

Creaking health facilities in poorer countries were also exposed on Sunday when more than 80 people died as fire ripped through a Baghdad hospital for Covid-19 patients, sparking outrage and the suspension of top Iraqi officials.

Covid-19 has now killed more than three million people worldwide since emerging in China in December 2019.

India, which has a population of 1.3 billion, has driven increases in global case numbers in recent days, recording 349,691 new infections and 2,767 deaths on Sunday — the highest since the start of the pandemic.

Delhi on Sunday reported more than one-quarter of those tested were positive.

‘I could do nothing’

“The United States has identified sources of specific raw material urgently required for Indian manufacture of the Covishield vaccine,” a White House statement said, referring to the India-produced version of the AstraZeneca shot.

But it did not mention whether the US would send millions of surplus AstraZeneca vaccine doses to India, after top US pandemic adviser Anthony Fauci said Sunday that would be considered.

Indian Prime Minister Narendra Modi said that the country had been shaken by a “storm” as he called on people to get vaccinated and not “get swayed by any rumour about the vaccines”.

The country has administered almost 141 million vaccine shots so far, but experts say the mass inoculation programme needs to be significantly stepped up.

Experts have long warned that it is in the global interest for wealthier countries to help large, lower-income nations like India to vaccinate their populations to hasten the end of the pandemic.

“He was gasping for air, we removed his face mask and he was crying and saying ‘save me, please save me’,” Mohan Sharma, 17, said of his father, who died outside a Delhi hospital.

“But I could do nothing. I just watched him die,” Sharma told AFP.

A weeklong lockdown in the megacity of 20 million, set to last until Monday, was extended by one week.

On Sunday, Twitter confirmed it had withheld dozens of tweets critical of the unfolding crisis at the request of the Indian government.

The European Union is pooling resources to ensure a rapid response. “Alarmed by the epidemiological situation in India. We are ready to support,” European Commission chief Ursula von der Leyen said.

Many of the victims were on respirators and were burned or suffocated in the resulting inferno.

The health ministry said 82 people were killed and 110 wounded, while the Iraqi Human Rights Commission said 28 of the victims were patients who had to be taken off ventilators to escape the flames.

The death of fashion designer Alber Elbaz aged 59 after a battle with Covid-19 provided another high-profile example of the deadliness of the virus.

Elbaz was known for his playful designs that transformed the storied French house Lanvin before his ouster in 2015.

In South America, April became Brazil’s deadliest month since the start of the pandemic with 67,977 deaths so far. The country has recorded 389,000 fatalities — the second highest national death toll after the United States.

A limited glimpse of pre-pandemic life will however be on display in the US on Sunday with a Oscars ceremony reuniting some Hollywood’s A-listers for the first time in more than a year.

The usual high-wattage glamour will be more subdued though, with a reduced guest list and organisers promising only a “teeny-tiny red carpet.”

A limited number of spectators could also be allowed to attend the Monaco Grand Prix on May 23, Formula One chief executive officer Stefano Domenicali said Sunday.

But Canadian tennis star Bianca Andreescu will miss the Madrid Open after testing positive for Covid-19 after arriving in Spain, the world number six said on Twitter.