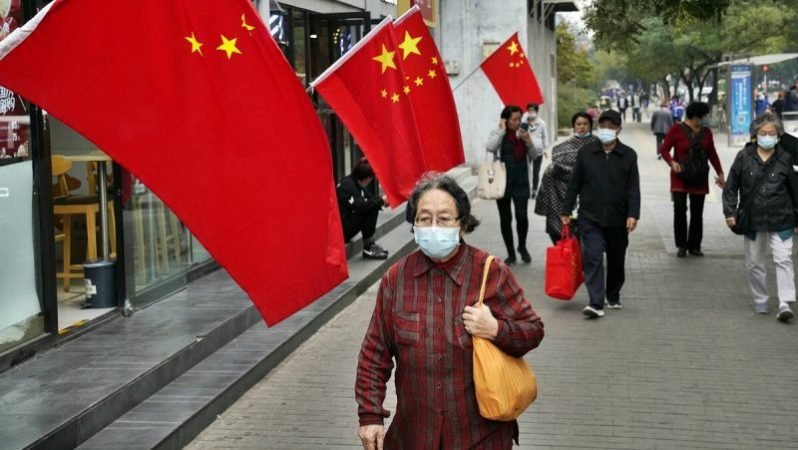 While political pundits would still play by the age-old dictum of international relations of inherent anarchy, lack of trust among states and the tendency for states to flex their power beyond limitations, the PRC took the entire world by surprise by engaging in an unrestricted, unrestrained and diabolical biological warfare that has not only brought the entire world to its knees but has also casted severe aspersions on the position of Beijing in the world. As the world attempted to cope up with the spread of the Covid (Wuhan) virus and struggled to look for a cure, Beijing as usual was up with its tactical denial regarding the origins of the virus, while systematically shutting down critics and threatening its neighbours with an expansionist temperament to engage in vicious gameplay of power projection.

Where the PRC went wrong

While states attempt to project their power and aspirations, simultaneously cultivating allies while encircling their opponents akin to the best-described events of the Cold War, the PRC engaged in vicious biological warfare by releasing perhaps the most devastating pandemic in the history of mankind. While speculations regarding the dangers posed by the virus, the effect on the economy due to lockdowns and a possible cure were rife, the PRC engaged in a propaganda showdown unseen ever before to clear its credentials as a ‘responsible rising power’. By maintaining a shadow over the transfer of information and by hoodwinking the international fraternity and non-state actors, it successfully managed to gain some initial sympathy while engaging in a one-way transfer of misinformation. The PRC’s propaganda machinery worked overtime to ensure that Beijing would not be blamed for this fatal commission, instead, states would engage in continuous bickering among themselves and in the meanwhile, it would emerge far more superior and in a position to dictate terms and conditions to the rest of the world.

Why no one bought Beijing’s version

By the end of March 2020, the PRC had ramped up its propaganda machinery sufficiently to stifle out any alternative theories regarding the origin of the virus. However, initial reports indicated that the first case reported was on the 17th of November 2019 in the Hubei province in the PRC and ‘patient zero’ as the individual was identified had no links to the Wuhan wet-market as alleged by the PRC. By the 20th of December 2019, the total cases in Wuhan had reached 60. It was at this juncture that the Chinese authorities reported the outbreak of the pandemic to the WHO and begun the process of quarantining suspected infected people. Also, by January 2020, Beijing reported to the WHO that there were no evidence of human to human transmission, while systematically playing on the wet-market theory. In the same month, the Chinese authorities reluctantly shared the genetic sequence of the virus with the WHO, two months after the first reported case, while on the 13th of January the first case was reported outside the PRC, in Thailand. It was again on the 22nd of January that a WHO mission to WHO confirmed that there was indeed human to human transmission. After two months of dilly delaying due to Beijing’s reluctance in sharing information in addition to its gross misinformation campaign, it was only on the 11th of March 2020 that a pandemic was declared by the WHO. During the intervening period from November 2019 till March 2020, the Chinese authorities made no attempts to intimate the world or the WHO about the seriousness of the virus, and as a result of which due to lack of information stemming from Beijing’s non-cooperation and utmost secrecy the pandemic spiralled out of control leading to a devastating effect on the world.

By destroying initial test samples, and denying inspection by international agencies as early as November 2019, the Chinese authorities may have been able to hoodwink the international community initially, but with a devastating price to pay. While the PRC struggled to contain the cases it did not raise an alarm with the WHO therefore allowing the spread of the virus to stem out of control. Notably, the death of Dr Li Wenliang who had tried to alert the Wuhan authorities about the severity of the virus in addition to state-controlled censorship destroyed any hopes of generating sufficient information to combat the pathogen. Journalists such as Zhang Zhan, Chen Quishi and Fang Bin, were arrested by the Committee to Protect Journalists in order to stop the flow of information. With a guided tour of the WHO officials in February 2021, more than a year after the outbreak offering a clean-chit to the Xi Jinping administration, the Chinese supposedly emerged triumphant.

A tough price to pay

While the PRC feigned innocence, castigating those who opposed its claims the entire world embraced a series of lockdowns, curbs on movements, transactions and everyday life came to a halt. Needless to mention the impact on the economy, education, health and even on the general psychological well-being of the people cannot be measured surely. Economically speaking, states which were already in debt and had no capital to re-invest, or were dependent on external aid and functioned on heavy subsidies were the worst hit. Particularly, states in Latin America and Africa experienced the worst of all the effects on the economy. While most of them registered a modest growth prior to the Beijing led pandemic, the series of lockdowns not only wiped out savings but also led to bank floundering for saving their cash reserves while looking for extra credit. In such an unimaginable scenario the allied sectors such as the health, education, social services and subsidiary units too were badly affected. People responded with protests and at times even riots broke out. Even, Europe, North America and parts of Asia were economically constrained.

States which were basking in the benefits associated with globalisation and free-trade began to contemplate inward-looking models to sustain themselves. Disruptions of global supply chains, loss of income, rising unemployment, laying-off workers, closing down business avenues and ventures and the inability to sustain the model of credit-based economic ventures led to overall economic woes. For instance, the global Sensex ever since the announcement of the pandemic and subsequent lockdowns registered a dipping curve, only to sporadically rise periodically. On the other hand, apart from developing states, even developed states such s the U.K. U.S. Italy, Japan, Australia, Japan, German and Canada registered a steep rise in unemployment. On the other hand, quite miraculously the only economy to register a positive growth rate in 2020 was the PRC. Other sectors such as aviation, tourism and financial services were badly hit leading to further economic doldrums. Due to the lockdown, general spending was reduced leading to a slump or a recession in the international market and the road to recovery seems to be quite hard.

The healthcare sector also saw its own share of troubles with medical staff anxious to protect others while battling for their own lives. Shortage of medicines, protective gear, sanitisers and general medical equipment led to massive loss of lives in many states. Furthermore, skyrocketing prices of oxygen cylinders and medicines for the virus left out many people from the reach of possible medical attention. In fact, the medical fraternity is the worst hit in terms of professional services due to the pandemic. While Pharma companies minted money, they did so at the expense of desperate people and medical staff who are even now looking for ways to save lives. Psychologically too, a non-negotiable doom has been casted upon the entire world with many even taking their own lives. Depression, anger, frustration and thoughts of self-harm rule the roost while others reported panic and anxiety attacks. The fact that the lockdown has severely impacted the overall psychological well-being of the people is well pronounced all across the globe.

Chinks in the Bamboo curtain

Even though after a brief hiatus, Xi Jinping claimed victory over the pandemic while lambasting other states, the PRC’s extravagant display of pride, celebrations not to mention its aggression and opaqueness did not go down well with the rest of the world. With over 27 lakh deaths worldwide and endless misery, the PRC’s poor handling of the crisis owing to its inherent nature of obfuscation and opaqueness has jeopardized the world. Even then, the chinks in the bamboo curtain are wide enough for the world to take notice as cooperation and multilateral understanding would have been a better option for Beijing rather than an outright biological warfare-a hallmark of Chinese diplomacy.