India-UK relations in the spotlight: From internalised racism to PM Johnson’s visit 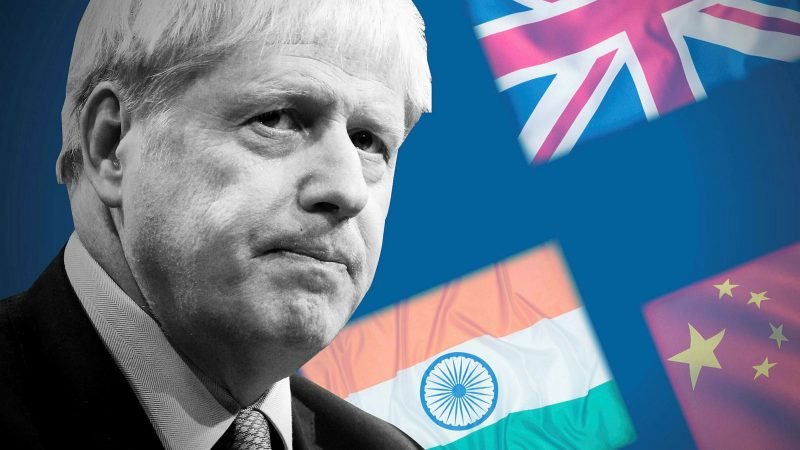 Racism has always been a sensitive issue, both political and cultural. It’s the idea of supremacy that reigns and takes precedence over everything. Despite the umpteen efforts put up several campaigns, NGOs and organization, the intricacies associated with racism still overlaps individuals, governments and foreign policy too. The unfortunate incident of George Floyd which started the #blacklivesmatter served as an eye-opener to the reality of internalised oppression generating from the roots of racism. Countries across the world were moved by this movement but racism continues and has become a pressing agenda for governments, state and non-state actors to deal with it.

Recently, Indian External Affairs Minister Jaishankar spoke at the Rajya Sabha addressing the problem of racism and the well-being of Indians and NRIs abroad who often bear the brunt of White supremacy. The EAM’s statement centred primarily on racism given how the events have turned out to be. The former members of the Royal Family, Harry and Meghan Markel had staged an interview with CBS anchored by Oprah Winfrey. The interview highlighted Meghan’s problems who failed to keep up with the guidelines of the royal family and that she was subject to racism.

The colour of her newborn Archie was put into question by the Royal. Another incident that still generates a heated discussion is the issue of former Oxford President Rashmi Sawant. The Indian diaspora rejoiced when Sawant—the first Indian woman to be elected as the President of the Students Union at Oxford University. She resigned within 11 days on grounds of certain social media posts she had made. The Twitter account of Sawant was also banned for 36 hours and was revived with zero followers. During the course, she claimed that she was subject to internalized racism and cyberbullying; her beliefs and religion were put to shame.

The United Kingdom has always acted as a close ally to India. Given the history of colonization, the countries have moved on and have worked ambitiously in several organizations as well as missions. But certain matters such as racism cannot go unnoticed.

EAM Jaishankar mentioned in his statement that the matters of racism will be taken up with the United Kingdom in a “candour” way. He further reassured, “I do want to say, that as the land of Mahatma Gandhi, we can never turn our eyes, away from racism wherever it is, particularly, so when it is in a country where we have such a large diaspora. As a friend of the UK, we also have concerns about its repetitional impact.” Member of Parliament Ashwini Vaishnav mentioned with regards to Rashmi Sawant’s incident that the precedent set by Oxford University is not appreciated at all. He said, “She preserved and overcame all the challenges to become the first Indian women President of the Oxford Students’ Union. What was the treatment meted out to her? Shouldn’t have this diversity been celebrated? Instead of that, she was cyberbullied to a point that she had to resign.” Parliamentarian Ashwini’s statement also provoked the incident of Meghan Markle who called it as “mindset” persisting after colonization ended.

During the question hour, EAM Jaishankar reaffirmed with his fellow parliamentarians that India will always fight against such institutions and any further developments will be taken care of. He further added, “We will raise it when required and we will always champion the fight against racism and other forms of intolerance.” However, the attention given by the Indian Parliamentarians subjected to racism could qualify as a strategy to counter the discussion on Indian Farmers’ Protest by the UK Parliamentarians. The post-discussion did not leave behind a healthy imprint as political turbulence between the countries surfaced. Indian Foreign Secretary Harsh Vardhan Shringla summoned the British High Commissioner to India. He claimed that the discussion was an attempt to tarnish the image of the world’s largest functioning democratic institution.

Amidst tensions between the UK and India over issues that are detrimental for their respective diaspora, the visit of UK Prime Minister Boris Johnson to India on 26th April 2021 is indicative of the larger political aspirations and ambitions shared between the two countries. Albeit the heated parliamentary discussions, Johnson’s visit to India marks the epitome of priority in foreign affairs and policy. The official statement released by the United Kingdom over the visit reviewed India’s position as an international actor of growing importance and a tactical partner to London’s Indo-Pacific tilt. The document further read, “The UK-India relationship is already strong, but over the next ten years we seek transformation in our cooperation across the full range of our shared interests. India – as the largest democracy in the world.”

The G7 meet scheduled for June this year will be another assessment for India-UK relation, given the latter will be chairing this year’s summit. Regardless of these tensions, Johnsons visit will be anticipated by the Indian diaspora both at home ground and abroad.