Is Wolf Warrior Diplomacy actually another name for Chinese-style nationalism? 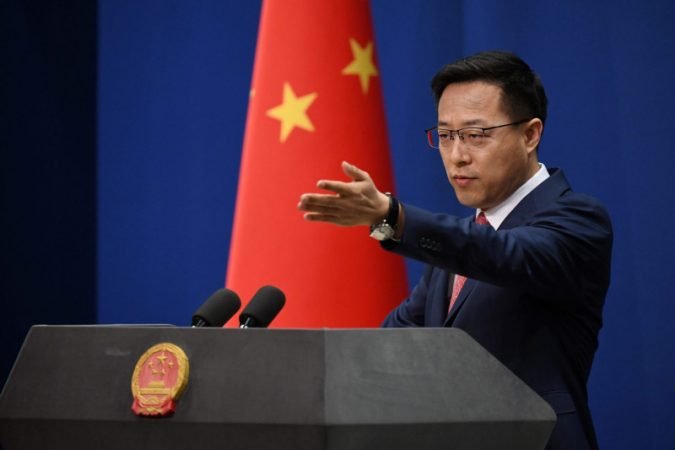 Rather than playing a positive role in the international community, the Xi Jinping administration’s diplomacy is raising anti-Chinese sentiment by causing controversy in various situations.

The collision between Australia, China, has already begun to show cracks in 2017. In the past few years, Australia has conducted several military exercises with the United States as part of its Indo-Pacific strategy. As a result, China regarded Australia as a proxy of the United States and considered it as a confrontation with China. In addition, Australia was the first Western country to exclude China’s Huawei from the 5G network business in line with U.S. sanctions. For this reason, China’s offensive against Australia appears to be a strong warning message to US allies and collaborators.

Australia is one of the key countries in the Asia-Pacific strategy and is a firm ally of the United States beyond Japan. China already has a precedent for attacking the US alliance. During the dispute over the Senkaku Islands (Chinese name Daowi Dao), China banned the export of rare earth to Japan. Later in the deployment of Thadd, South Korea faced economic retaliation by China, and the Philippines were also banned from exporting bananas after the dispute over the South China Sea with China. China’s continued implementation of economic retaliatory measures is analyzed with the intent to delay or stop allied countries from actively cooperating with the United States. Primarily, Australia began to fortify relations with Japan. Australia and Japan are allies of the United States, and they are also countries with a beneficial interest in restraining the China’s expansion. In addition, Japan is in desperate need of cooperation with Australia for the “free and open Indo-Pacific policy” emphasized by the Japanese Suga cabinet. Australia has also made rapid progress in improving relations with India. India has been having border disputes with China for years and is a country that is increasing its defense power to keep China in check. Recently, India surpassed China as the country that visited Australia the most, and it is analyzed that India is filling the place where China left.

China VS Australia: Who Will Take the Lead in the South Pacific?

In Australia last year, controversy aggravated after a Chinese billionaire contacted Australian politicians as bait for donations, and then stole information from Australia to China. Consequently, the Australian government passed a law strongly restricting foreign interference. Oddly, legislation has been passed that allows the federal government to veto or invalidate contracts that the state has independently entered into with foreign governments. Although the Australian government has not designated a specific country, this is interpreted as a measure to prevent the Xi Jinping government’s Belt and Road Initiative from proceeding in Australia. This intimates Victoria once signed an agreement to participate in BRI in 2018.

In 2015, Australia’s Northern Territory quasi-government signed an infrastructure investment contract worth A$500 million with China’s Land Bridge Group. China’s Land Bridge group (though they deny it) is closely linked with the Chinese government and is also known as a close group with the People’s Liberation Army of China. The agreement gave the Land group a 99-year lease for use in Darwin, Australia. Darwin Port, located in northern Australia, is adjacent to Indonesia, Malaysia, and Singapore, and more broadly, directly to the South China Sea. Malaysia and Singapore, as they are known, border the Strait of Malacca. This Strait of Malacca is a geopolitical point where 20% of the world’s maritime trade passes and are the heart of the crude oil transport route. 80% of the crude oil imported by China comes through the Strait of Malacca. It is literally a key region for crude oil transport in Asia, especially in Northeast Asia. Darwin Harbor, which is highly likely to become a geopolitical and very important strategic base, was already used as an important naval military base during World War II. In addition, Darwin Harbor was watched during the Obama administration’s Asia Pivot policy and is also a very important spot as an Australian-US naval military training site. For this reason, the issue of renting Chinese companies in Darwin Port in Australia has already been debated once in Australia. It also caused friction. Problems like these appear to be enough to make the Australian government feel a security threat from China.

China already has a history of building a naval base in Djibouti, Africa. Likewise, President Xi Jinping recently expanded its influence by supporting infrastructure development funds for Pacific countries, while leasing ports in Sri Lanka, Bangladesh, Pakistan, and East Africa to expand maritime influence. In response, experts are constantly raising criticism that China is implementing “debt colonialism” and “Debt Trap Diplomacy” using loans. China’s approach seems to be intent on using foreign bases as strategic resources. In this way, China is expanding its one-to-one project to the world.

Meanwhile, there have been reports that the US will build a new naval base near Darwin Harbor to respond to China’s expansion of power in the South Pacific. Darwin Harbor was originally a place where thousands of US Marines were relocated. The policy to increase US military presence in the South Pacific is being expanded and implemented amid increasing tensions in the Indo-Pacific region in recent years.

China’s blockade policy accelerated through Asia’s Tsar and QUAD, why is the international community trying to stop China’s expansion?

The Indo-Pacific regional security council, with four countries participating in the U.S., Japan, Australia, and India, and aiming to keep China in check, Quad held its first summit meeting on the 12th and agreed on security cooperation in the region and joint response to regional issues.

In a joint statement that day, the leaders of the four countries promised to cooperate with each other in regional security, pandemic response, and climate change. Leaders of the four countries said, “We are committed to increasing security and prosperity in the Indo-Pacific and beyond, and to promote a free, open, and international law-based order to combat threats.”

In the statement that day, there were no explicit mentions or criticisms of China, the main target of the Quad’s check, but in fact, passages with China in mind appeared everywhere. The statement emphasized that “we are putting the role of international law in the maritime realm first in order to meet the challenges to the maritime border in the East China Sea and the South China Sea.” The United States and Japan have expressed strong concerns about China’s military actions in the region. President Biden also re-emphasized the need for a “free and open Indo-Pacific region” at the meeting.

Additionally to the Biden administration’s move, attention has been paid to ASIA Tsar. The unofficial name “char” is also expected to reflect the fact that the US’s Asian policy may give almost full power to the areas except for the presidential territory. It is the initiative to create a control tower that controls and coordinates US policies in consideration of the importance of Asia, while holding back the rise of China through Tsar.

When the Asian Tsar is newly established, the importance of the Asian region’s policy will be more emphasized after the “shift of weight to Asia,” the basis of U.S. foreign policy after former President Barack Obama, as well as the “strengthening of alliances” that the Biden administration repeatedly advocated. It is expected to become more powerful on the stage. Likewise, allied nations, including the United States, are holding back and pressing China in all defenses. Currently, anti-China sentiment in the international community has been the worst ever. It is also because of Corona 19, but because of the arrogant ‘wolf warrior diplomacy’ that is inviting itself to be isolated. China’s response to the red anti-corruption is also playing a large part in anti-Chinese sentiment. “Wolf Warriors” diplomats unfailingly in the Chinese accountability theories raised in each country pour out the last words, “Be good to you”. Despite the concerns of the international community, China has consistently screamed “if we interfere with internal affairs, we will retaliate” on issues such as human rights issues in Hong Kong and Xinjiang Uyghur Autonomous Region, human rights violations of Tibetan people, and sovereignty over the South China Sea.

It is not because of yesterday’s unique behavior that China has begun to be recognized as a so-called “public enemy” in the international community. China is not only involved in various international disputes, but has been taking the country’s economic power, forcibly in the name of “infrastructure investment”. It is a strategy of lending money that cannot be paid back in the first place and subordinate to the economy of the country if the country cannot pay back the money. In addition to Australia, Djibouti, and Sri Lanka, which have already been mentioned, in Pakistan, Laos, Kyrgyzstan, and the Maldives, the debt owed to China was found to be more than 75% of GDP. The debt-to-equity ratio of 68 countries participating in BRI exceeds 126%. The debt ratio is expected to increase even further in the present situation when the economic hardship is getting worse. Overall, China’s economic bloc is increasing through BRI policy. China even deploys a port in a country that has failed to pay off its debts and deploys the Chinese navy to use it strategically. The strategy of imperialist colonial rule is seen in China’s behavior. China has consistently argued against the international community against humanitarian behaviors such as human rights violations that China is committed to, saying, “Do not interfere with internal affairs.” Isn’t the BRI seen by China actually a packaged “intervention in internal affairs” and the Chinese colonial strategy beyond that?