US and Russia Led Peace Conferences: A Hope for Afghan Peace 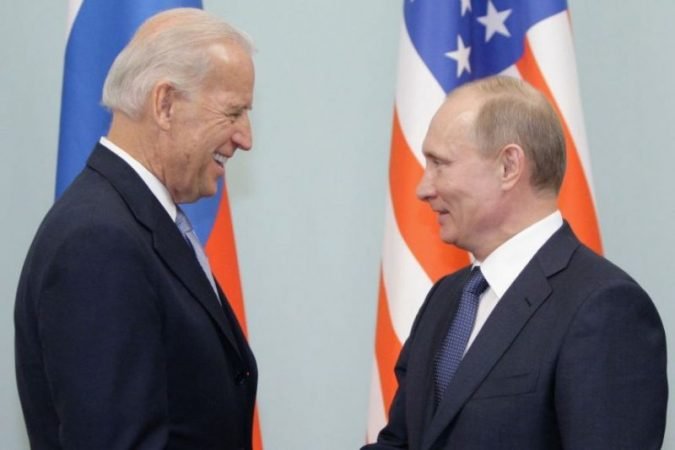 Afghanistan will be taking part in US and Russia backed peace summits after the failure of the Doha Peace talks between the Afghan government and the Taliban as the two sides were unable to reach a breakthrough. Both the US and Russia have laid a proposal for a “power-sharing” transition as the first step to end violence in Afghanistan. Russia will be hosting a peace conference on 18th March and the US-sponsored conference in Turkey is expected to start in April. The conferences have come up just before the 1st May 2021 deadline for foreign troops led by the US to withdraw from Afghanistan as promised by the US under Trump’s administration as a part of the Peace deal negotiated last year and apprehensions around the US’s reviewing its plans before the deadline as the Afghan government and the insurgent Taliban have struggled to make a progress in the Doha peace talks.

In February 2020, the Taliban and the Trump administration struck a deal under which the US committed to pulling out its NATO allies and the US-led troops by 1st May 2021 if the Taliban kept to a series of promises. But as the Taliban has failed to fulfil its commitment to maintaining peace and in contrast, it is spreading more violence through a series of bomb attacks and killings since the agreement was signed, the US is now reconsidering its commitment due to the enormous security challenge that Afghan might face after the withdrawal of the troops led by the US and its allies.

It is expected that the Taliban militants will wreak havoc across the country and will try to make territorial gains once the NATO forces leave before reaching a lasting peace deal. Recently, in a letter to President Ashraf Ghani, the US Secretary of State Antony Blinken urged President Ghani to join the US and the United Nation’s efforts to reach a lasting ceasefire, the letter also expressed Biden administration’s efforts to consider other options along with the reconsideration of its commitment to withdraw by 1st March 2021 as the threat level will rise after the US-led troops’ exit.

The step to advance the inter-Afghan peace process

On 18th March, Moscow plans to hold a conference to discuss prospects for a settlement in Afghanistan to reach a lasting ceasefire fire. The representatives of the key regional players such as the Afghanistan government, the Taliban, Russia, the United States, China and Pakistan are invited to be part of this meeting. Qatar has also been invited as an honoured guest because of its role in hosting several rounds of the historic peace talks in its capital, Doha since 2019.

These meetings are the response to the international pressure to fast track the Afghan peace process and to end decades of violence between the two conflicting sides, which has been delaying for the past few months. The Moscow conference which aims to advance intra-Afghan talks also strives to reduce the level of violence and end the armed conflict in Afghanistan and help it develop as an independent, self-sufficient and peaceful state that would be free from terrorism and drug trafficking according to the statements given by Russian Foreign Ministry spokesperson Maria Zakharova. The Afghan government has agreed to send its delegation from the Qatari capital to attend the peace dialogues in Istanbul as well as in Russia if the Taliban also agrees to send its negotiators from Doha.

Russian Foreign Minister Sergey Lavrov expressed genuine concerns over the Afghan Peace process “We all want the tragedy in Afghanistan to end as soon as possible” which waves of apprehension raised over the replacement of Doha’s continuous peace process. It also tried to rationalise its initiative by relating the contemporary scenario with consequences of democratization that non-regional countries are trying to bring. Even though Russia claims that it seeks to push forward the Afghan Peace process, there is quite a possibility that Russia is also trying to use the heated situation to prove its political influence in the talks and its position as a mediator in the ongoing peace efforts.

US is also expected to schedule a “senior-level” peace conference next month in Istanbul to finalise the talks as suggested by US Secretary of State Antony Blinken. Zalmay Khalilzad US Special Representative for the Afghan peace process during his recent visit to Doha to meet the Taliban and the Afghan government with the purpose to reinitiate the stalled talks between the government and the Taliban after months of delays extended a proposal on behalf of Washington. The conferences are also part of the proposals carried by the Biden administration through the US Special envoy for the Afghan Peace Process to push for an end to the 20-year conflict. The proposal also seeks to form an inclusive interim government to restore peace in the war-torn country and this proposal has also been supported by Moscow.

According to the US and Russia power-sharing transition is the first step towards peace in the war-torn country. Hence, Russia and the US have called for a

transitional power-sharing administration as a part of any peace deal. The proposal came as pressure for Afghan President Ashraf Ghani, which he straightforwardly rejected in a blazing speech, in which he stated clearly that “only elections could determine the government. The Taliban has also questioned the effectiveness of the proposal to form an inclusive interim government. According to them, this step will be a complete failure as evidenced by the past experiences of the country in the last 40 years, where such transitional governments have been formed many times but none of them could solve the problem. But it is expected that the latest round of talks between these two warring factions will determine the path of the Afghan peace process.