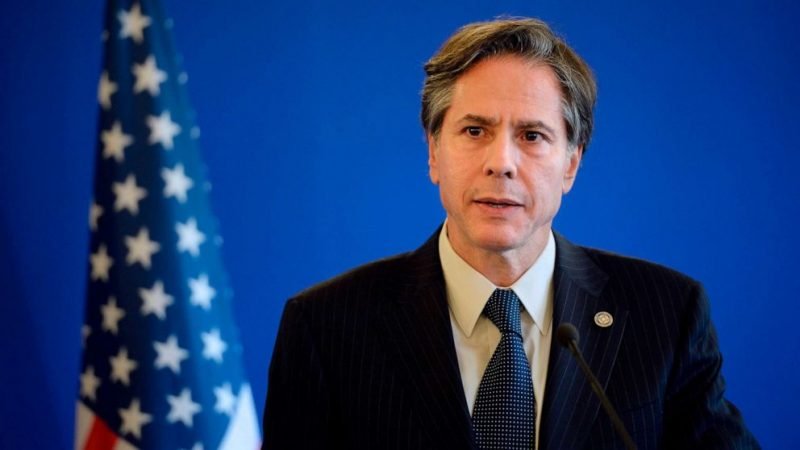 U.S. Secretary of State Antony Blinken on Tuesday called for deeper economic and security ties with Japan, as he and Defence Secretary Lloyd Austin seek to use their first trip abroad to strengthen Asian alliances in the face of China’s assertiveness.

Their visit to Tokyo and Seoul is the first overseas visit by top cabinet members of President Joe Biden’s team and follows a virtual summit last week of the leaders the United States, Japan, Australia and India – the Quad alliance.

Issues on the agenda range from freedom of navigation in the South and East China Seas and semiconductor supply-chain security, to the North Korean nuclear threat and the military coup in Myanmar.

“We really come to reaffirm the fact that the alliance is as we’d like to say the cornerstone of our peace, security and prosperity,” Blinken said in remarks to U.S. embassy staff in Tokyo.

“The economic relationship between the United States and Japan is, as you know very well, one of the strongest in the world,” Blinken told a group of Japanese business leaders.

He said the pandemic had exposed vulnerabilities in global supply chains for critical products, including medical equipment, supplies, semiconductors.

The countries needed to work together to build secure and resilient supply chains for the future, Blinken added.

North Korea is also in sharp focus after the White House said Pyongyang had so far rebuffed efforts from the United States to engage in dialogue. North Korea warned the new U.S. administration against “causing a stink” if it wants peace, North Korean state media reported on Tuesday.

At the opening of the meeting with the Japanese foreign minister Toshimitsu Motegi, Blinken said he wanted to work with Japan and allies on the denuclearisation of North Korea.

He also said Tokyo and Washington shared commitment to democracy, human rights and rule of law and said they are “under threat in many places, including in the region, whether it’s in Burma or whether in different ways, China.”

After the Seoul leg, Blinken will fly to Alaska, where he will be joined by the national security adviser Jake Sullivan for their first in-person talks with Chinese counterparts.

Japanese Defence Minister Nobuo Kishi said at the start of his bilateral meeting with Austin that his visit sent a strong message “about the U.S. commitment to this region and the robustness of the Japan-U.S. alliance.”

Kishi said the two would discuss China’s movements in the East and South China Seas and “specific initiatives that Japan and U.S. should work on to enhance their capabilities to deter and respond.”

In response, Austin said the alliance was “the cornerstone in addressing today’s and tomorrow’s challenges as we work together to uphold the Free and Open Indo-Pacific.”

The concept of Free and Open Indo-Pacific is a major priority for Tokyo as it seeks to curb China’s activity in the East and South China Seas.

Following bilateral meetings, both Austin and Blinken were due to meet with their counterparts for a joint session of “2+2” talks and were expected to address some other items raised during Quad such as maritime, cyber and economic security.

Analysts also expect Tokyo to seek U.S. support for the upcoming Tokyo Olympics and follow-up talks on other subjects that figured at the Quad summit, such as the commitment to boost COVID-19 vaccine supplies in Asia and climate change.

In his remarks to Tokyo-based U.S. diplomats Blinken said the summer Games “involve planning for several different scenarios,” and added that “whenever and however, Team USA ends up competing, it will be because of you.”

The secretaries are expected to make a courtesy call on Japanese Prime Minister Yoshihide Suga, who is set to visit the White House as the first foreign leader to meet Biden in April.

Both officials will leave Tokyo for Seoul on Wednesday and hold talks with counterparts in the South Korean capital until Thursday.