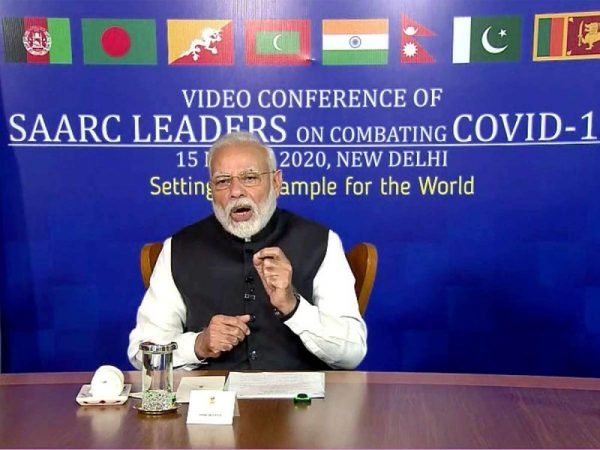 Neighbourhood First approach of India remained inefficient in soothing the bilateral tensions with South Asia’s neighbouring countries. For the last few years, India is witnessing an escalation in political antagonism with the neighbours, for ex: Bangladesh, Nepal, Sri Lanka, etc. The economic blockade imposed on Nepal in 2015 has created a fissure in Indo-Nepal relations, while Bangladesh got disappointed after the passing of the citizenship amendment bill of 2019. But the pandemic provided India with a chance to revive the old deteriorating ties with the neighbours. India played a crucial role in developing two effective vaccines, named Covishield, which has been developed by the Serum Institute of India in collaboration with the Oxford Astra Zeneca and the second one, Covaxin, developed by the Bharat Biotech, which halts the stunning spread of the coronavirus. The Chinese Sinopharm also jumped into the market of vaccine creation and distribution. Still, her vaccine’s ineffectiveness and inefficiency proved quite advantageous for India and gave India full space.

For a long time, India was struggling to match the pace of Chinese investment in South Asia, and India got this much-needed opportunity in this pandemic. These countries desperately needed the consignments of vaccines to revive their tourism-dependent economy. India promised to provide around 12 to 20 million shots to her neighbours in the first wave of assistance. Apart from South Asia, India came forward to help the poor and developing nations of Africa, Latin America, Asia, etc. India also exported the vaccines to Barbados, Brazil, Seychelles, and Myanmar, etc.  India has been the leading producer of generic medicines, initially shipped hydroxychloroquine, paracetamol, and remdesivir to other countries, and she emerged as the saviour of the world. The vaccines developed by the USA like Moderna and Pfizer are so expensive that the poor and developing nations can’t afford them. This offered India a clear field to repair the earlier cracks. The military coup very badly hit Myanmar, and Beijing promised to deliver three lacs shots which are yet to be paid, and meanwhile, India shipped 1.7 million doses to Myanmar. Brazil too not entirely depended on China and ordered 2 million doses of Covishield from India. Many developing nations of South Asia started the trials also of the Indian Vaccines, and no fatality case is recorded. Some health officials complained about side effects like dizziness, headache etc. Zero mortality cases due to vaccines;  has gained India the tag of “Pharmacy of the World.” The wariness related to vaccines and the build-up of mistrust vanished, and people attained a more positive outlook for India.

It’s not the case that India does not need Vaccines itself. Instead, she needs around 2 billion doses to vaccinate her population. The Critics argue that India herself is recording approx 17000 deaths per day and nearly one lakh cases within twenty-four hours. So the country must inoculate its citizenry first instead of exporting vaccines to other countries. Life cannot be put at stake to quench the political and strategic thirst of leaders.

However, it can’t be denied that India’s Vaccine Maitri program plays a significant role in the international fora in lustering India’s tarnished image.

Medha Bhardwaj is a Former Journalism Intern at The Kootneeti. She's also a NET scholar and holds a Master degree in Political Science and International Relations from the University of Delhi