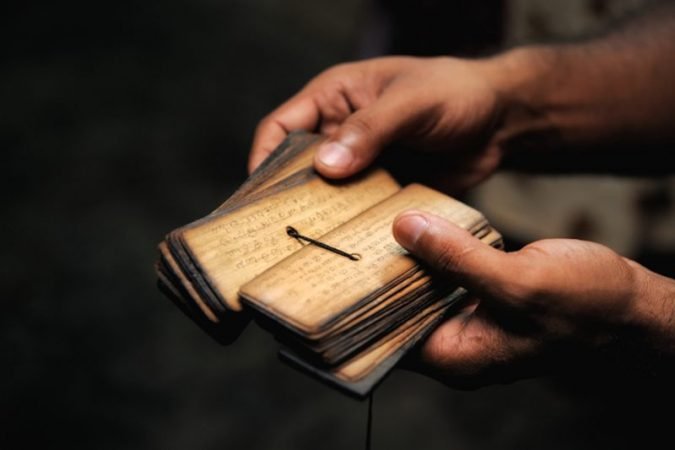 “Language is not an abstract construction of the learned, or of dictionary makers, but is something arising out of the work, needs, ties, joys, affections, tastes, of long generations of humanity, and has its bases broad and low, close to the ground.”

Hindi is spoken by less than a quarter population of Indians and the language itself has around 60 dialects. The continuous struggle for India having an official language or a mother tongue that connects civilizations has been broached innumerable times and the result stays more or less the same. We, the people of India have given ourselves a Constitution that has as many as 22 languages to unify our indestructible union and help ensure its integrity remains. Mythologically,  Lord Shiva, momentarily distracted, lets a drop of his bodily fluid fall into fire. That drop is so fiery that Agni, the fire-god, gets burned and begs Vayu, the wind-god, to take hold of it. Even Wind cannot calm it down. So Vayu drops it in Ganga, the river. The river boils and the reeds on the riverbank catch fire. When the fire subsides, from the ashes emerge six children who are nursed by the Krittikas, the six stars of the Pleiades constellation. Kartikeya, the child nursed by Kritikas was born to kill a demon  who was blessed that he could be killed by a six day old infant, had other names such as Skanda, Guha, Shanmukha, Murugan, Kumara, Saravarna, Gangeya, reminding all of his many mothers: two devas (male gods incidentally), a river-goddess, a goddess of the reed (Sara) forest (vana), six stars, and a mountain princess. Kartikeya’s many mothers define India and its mother tongue. In India, we have many mother tongues: one from our mother, several from the motherland, some connect us with our roots, some help build relations with neighbours and define our plurality.

What we rather need is a consolidated approach to protect the tribal languages which are dying and are an inherent part of our culture and civilization rather than the petty fight over having a mother tongue when it is this diversity that has unified us and defines us. UNESCO, which designated February 21 as International Mother Language Day, says that every two weeks, a language disappears in the world. There are 7,000 living languages in the world and around 3,000 are considered as ‘endangered’. This means that almost half of the planet’s current linguistic diversity is under threat.The situation in India is alarming. Some 197 languages are in various stages of endangerment in our country, more than any other country in the world. According to UNESCO, any language that is spoken by less than 10,000 people is potentially endangered. In India, after the 1971 census, the government decided that any language spoken by less than 10,000 people need not be included in the official list of languages. From 1971 onwards, the Census has been counting only those languages that have more than 10,000 speakers. It resulted in a decline in the list of languages to 108 languages in the 1971 Census, as against 1,652 a decade ago. Examples of such languages would be Wadari, Kolhati, Golla, Gisari. These are languages of nomadic people in Maharashtra, Karnataka and Telangana. Then there are several tribal languages as well, such as Pauri, Korku, Haldi, Mavchi. In Assam, there is Moran, Tangsa, Aiton. There seems to be about 250 languages that disappeared in the last 60 years. There used to be languages called Adhuni, Dichi, Ghallu, Helgo, Katagi. The Bo language in Andaman disappeared in 2010 and the Majhi language in Sikkim disappeared in 2015.

We need to remember that it is impossible to show a language dying in the last moment of its life. A language is not a single life system. It is a very large symbolic system. When the symbols collapse they do not do so in a single moment. The collapse is sprayed over a large time. When a language dies, its speakers decide to migrate. First, they migrate to another language and then they physically start migrating to another region. The second thing that happens is that their traditional livelihood patterns go down. They may have some special skills and that disappears. Thirdly, a unique way of looking at the world disappears. Every language is a unique worldview. The cost of losing a language equals the death of a culture, death of a way of thinking and a whole way of life in itself.