India-Japan Pushing Act-East Policy in North-East India: Guwahati at Center for its Success 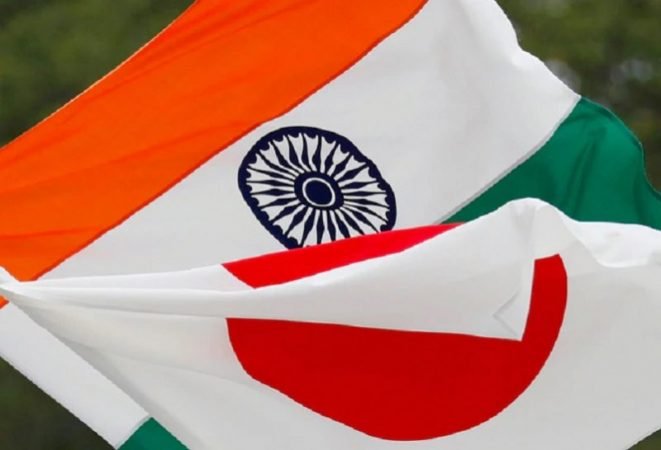 External Affairs Minister S Jaishankar along with Ambassador of Japan to India Satoshi Suzuki Monday visited the Guwahati water supply project site funded by the Japan International Cooperation Agency (JICA)-along the Brahmaputra river in Guwahati. Assessing the progress of the project funded by Japan, External Affairs Minister expressed that their presence on that day is not only reflecting the strong cooperation India has with Japan but it also underlines how this India-Japan partnership can make a difference.

Speaking at an event he mentioned that the world has undergone far-reaching changes in the last two decades. EAM Jaishankar has emphasized strengthening India’s ability to channelise international partnerships for national growth and development. He recalled that in enhancing cooperation in South East Asia, East Asia and North Asia in various dimensions, the Indian government has taken the initiative to a much higher level which is evident in its numerous connectivity projects and activities as well as economic flows and strategic cooperation in the region.

While signifying Assam’s pivotal role in international partnerships, the EAM stated that Assam has for long been the bridge between India and the world to our east. The emergence of colonialism and the subsequent advent of nation-states had effectively obstructed seamless interconnection between eastern India and Assam and the world to our east. For centuries, natural arteries of Assam have been facilitating the flow of people, goods, ideas not just to Southeast Asia but also as far as to Korea and Japan. He also affirmed that in India’s national modernization and developmental efforts a close collaboration with Japan has always had at a core place as Japan is the original model for the revival of a nation after colonialism.

Meanwhile, Ambassador Suzuki had earlier taken to Twitter for announcing his visit to Assam. “Visited #Guwahati Water Supply project site with @DrSJaishankar. Japan is pleased to support this important project. Clean water will soon flow to the homes in Guwahati #Assam! #JapanIndia #ODA,” later he tweeted.

Ambassador Suzuki stressed the potentials of Assam and the North East which is situated in an important location to realize the vision of both countries for a free, open and inclusive Indo-Pacific, said that it needs to be fully tapped in India’s quest towards the 5-trillion-dollar economy. Japan will also be supporting the construction of the longest river bridge to enhance the connectivity of North East in India that to be built over the Brahmaputra river connecting Dhubri and Phulbari. Japanese commitment for such mega infrastructure projects in the Assam state can be attributed to India’s northeast region that’s being pushed for occupying a key place in strategic and economic cooperation between India and Japan. India’s emphasis on the centrality of ASEAN while pushing for its India Pacific Oceans’ Initiative has brought Act East Policy into renewed focus.

Ambassador Suzuki touching upon the role of entrepreneurship expressed his hope to promote business in the North East region of the country. The Ambassador in his address demonstrated Japan’s will to cooperate in the field of healthcare and sanitation as they have now become even more important in the post-COVID period. Extending Japan’s gratefulness towards India, Ambassador Suzuki Satoshi expressed that Japan could not have risen from the ashes of the Second World War without the kind support of India. He also acknowledged that India has been one of Japan’s ardent supporter in achieving its high growth and development in Asia. Therefore, India is now the largest partner of Japan in its Official Development Assistance (ODA). Demonstrating their commitment to Assam and North East India along with EAM Jaishankar showed the potential in India-Japan collaboration embodies.