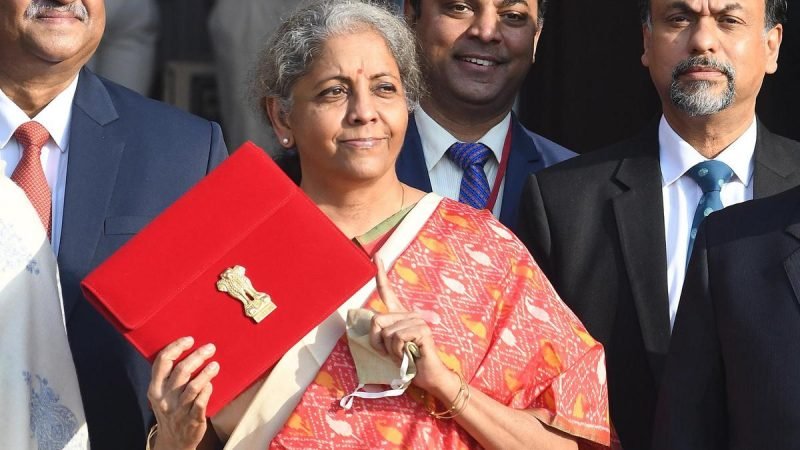 India released its ambitious and sui-generis budget 2021-22 amid the ongoing pandemic on 1 February 2021. The Annual Financial Statement from Indian Finance Minister becomes of the utmost importance when it comes to India’s foreign policy and its aid for diplomacy.

In the budget, the Finance Minister presented detailed estimates of earnings and expenditures of the government, including the Ministry of External Affairs (MEA). In the fiscal year 2021-22, Ministry of External Affairs has been allocated a budget of Rs. 18,154.73 crores ($24.9 Billion), which is 21% higher than the revised estimates of Rs. 15,000 Crores ($2.06 Billion) for 2020-21. It’s also the highest allocation for MEA till date. This allocation is lavish considering the vast gamut of commitment that India, an aspiring power has in the world scenario.

The allocation of this budget for MEA is to cover the expenditure of a plethora of activities of the Ministry, viz. for supporting activities of the Ministry secretariats, public diplomacy in the headquarters and expenditures of Indian missions abroad. The allocation also includes the cost of various international conferences, repatriation of the destitute, evacuation of Indians due to civilian crisis abroad. In addition, it has allocations for various programmes abroad e.g. ‘Know Your India’ programme, Scholarships to the Indian Diaspora, promotion of the cultural ties, and ‘Distinguished Visitors’ programmes with numerous countries. Besides that, the budget has also allocated for India’s contribution to various international organisations like the United Nations, Common Wealth Secretariat, SAARC Secretariat and South Asian University.

A substantial portion of MEA’s budget goes for aid in various countries. The budget 2021-22 decodes the commitment of India’s ‘Neighbourhood First’ Policy through strategic allocation of its taxpayers’ money to its neighbouring countries as developmental assistance. The Ministry of Finance allocated Rs.18,154 crores ($2.49 Billion) to the Ministry of External affairs under which Rs. 7000 crores ($961 Million) has been categorically earmarked for South Asian neighbours along with Latin America, Eurasia and Africa.

The budget has given a boost to India’s ‘Vaccine Maitri’, where it’s South Asian neighbours are receiving massive vaccine assistance and other medical facilities. India has been facing conundrums with pandemic which even exacerbated with Chinese aggression near the border region. The growing Chinese influence and investments in the South Asian region diluted India’s importance in the neighbourhood. But this sui-generis budget is assumed to metal out the possible impediments for India as the country has gained a first-mover advantage in the region through its ‘Vaccine Matiri.’

The India-Iran-Afghanistan Chabahar port which witnessed sluggish growth in the last few years has again occupied India’s attention with fund allocated over Rs. 100 Crores ($13.7 Million) in a signal of its continuing commitment to the strategic project. This financial assistance to its neighbouring countries will create India’s Goodwill in the region. The budget bears a broad view, with assistance provided not only to its neighbours but to Latin American, Eurasian and African countries.

India has kept Rs. 2031.93 Crores ($279.05 Million) for international organizations under the budget. The United Nations organization will be getting Rs. 400 Crores ($54.9 Million) under the budget provision of the Ministry of External Affairs. The BIMSTEC secretariat was allocated Rs. 25 Crores ($3.4 Million), while SAARC secretariat got Rs. 12 Crores ($1.64 Million). The revised budget showed an increase for both the organisations as New Delhi plays an important role in both the groupings, particularly BIMSTEC. SAARC owing to Pakistan’s obstructionism has seen comparatively little activity. Meanwhile, commonwealth secretariat has received Rs. 11.22 Crores ($1.54 Million) and the Commonwealth Foundation, its sister organisation got Rs. 1.40 Crores ($192,270).

Total budget allocation for Indian embassies and missions abroad stands at Rs. 3240.07 Crores ($444.9 Million). India has no less than 190 missions and posts around the world, in every part of the world. ICCR or Indian council of cultural relations, whose main function is to showcase and expand India’s culture abroad was allocated Rs. 300 Crores ($41.2 Million). Membership contribution for Financial Action Task Force (FATF) is Rs. 1 Crore ($137,335).

MEA allocation seems to be lavish considering the vast gamut of commitment that India, an aspiring power, has in the world scenario. With gradual rising in its aid budget, India is fast emerging as a donor country. With the Indian government’s focus on improving relations in the neighbourhood, India cannot afford to delay its aid projects in the region—especially because of aids as these are an effective foreign policy instrument especially with respect to Chinese expansionist ambitions. However, India’s problems of delay in execution are unique but these are unlike China which has the ability to swiftly complete projects on an ambitious scale and is routinely accused by its aid recipients of undertaking projects that are resource-exploitative, and of bypassing local norms and regulations.

For now, Prime Minister Modi has made India’s neighbours a foreign policy priority for his government and the budget 2021-22 is testimony to that. It’s important to note, as unless the major aid projects related to infrastructure are streamlined for execution in a timely manner, the delays will continue to mar India’s infrastructure diplomacy and foreign relations.

Anjali and Surya are Journalism Interns at The Kootneeti