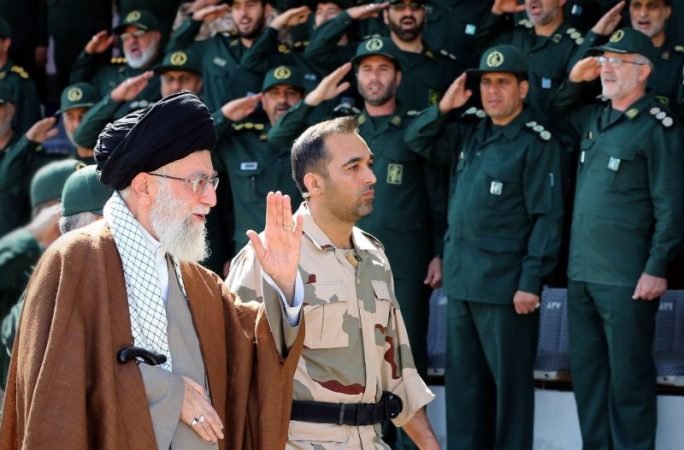 The aftermath of the 2003 invasion of Iraq awakened a window of opportunity for sectarian conflicts. Iran’s everlasting endeavours to possess political power in Iraq has distressed the overall geopolitical climate in the Middle East. The ideologies and political actions of Iranian hegemony have evoked controversy and division between pro-and anti-Iranian nations. This nation encourages Shiite populations to defy their governments, so Shiite-dominant regimes could appraise Iran through a lense of similar political, sociocultural, and religious perspectives. Hence, the exploitation of religion in politics has divided the Middle East and further diminished opportunities for stability.

The political climate in Iran is composed of Islamic ideologies, perceived threats, and well- established national interests. Shiite ideologies in Iran are significant to the extent that religion is the driving force for political and social decisions. Iranian hegemony contends that Western powers and mediation in the Middle East has caused an entanglement in regional politics.  Shi’ism has blamed Western democracy for corrupting Islamic philosophy since the beginning of colonization. Thus, Iranian leaders persevere the goal to reduce Western powers in the Middle East. In particular, the United States has been an ongoing threat to Iran by virtue of their intervention in the Israel-Iran conflict, military presence in Iraq and Afghanistan, and policy for harsher economic sanctions. Iran’s aspiration to exploit regional conflicts to advance its power in the Middle East has been constantly obstructed by the United States.

The national strategy of Iran to sustain and grow its influence within the Middle East proves to be resilient. In the contemporary political stance of Arab regimes, Iran found an opportunity to expand its powers by providing personnel and material support to surrounding nations. Iran has infiltrated its military forces and political leaders in Iraq, Afghanistan, Lebanon, and other surrounding countries to cultivate allies and influence. Its capacity to permeate through weaker regimes has aggravated efforts to improve political and socio-economic crises in Arab states. Hence, the Iranian national strategy to mobilize Shiite populations across the Middle East has incubated division and shaped foreign policy in the Arab regions.

For decades, Iran has been an imperious influencer of Iraqi diplomacy because of their regional proximity and power imbalances. Sectarianism towards Iraq is engendered by its corrupt political nature and unpleasant reputation with surrounding countries. Iran manipulates Iraqi sectarianism to leverage their political and economic goals, and to ensure Iraq does not develop into a threat. The weaker structure of the Iraqi state permits Iranian intrusion in their regime, with little support from other nations to stop them. Iranian influence places Iraq in a conflicting position with anti-Iranian nations, like the United States, Saudi Arabia, and Israel. Seldom do other nations intervene in the Iranian pursuit to control Iraq because of the regime’s reputation of political corruption. Thus, the relationship between Iran and Iraq widens the division of nations in the Middle East, contributing to the current geopolitical stance in the region. Nevertheless, Iraq cannot afford to cut ties with Iran because of its reliance on an interlaced relationship with a neighboring country that provides security and trade opportunities.

A key influencer to Iran’s prosperity in Iraq is largely a two-fold result of the United States intervention in Iraq since 2003. The United States-led mission to remove Saddam Hussein from the Iraqi regime in 2003 left room for a change in hegemony. Iran used that opportunity to produce a government led by Shia Islamists who had ties with their regime. Through this approach, Iran was able to infiltrate their military in Iraqi operations. The Quds Force of Iran’s Islamic Revolutionary Guard Corps (IRGC-QF) provided Iraqi militias with munitions and weapons to strengthen lethality. They also provided Iraq with Iranian recruits to fight alongside future battles, which later contributed to the death of hundreds of American troops. Iranian guidance and support to the Iraqi militias is what dictated the hostilities between Iran and the U.S. in late 2019 through 2020.

With Iraq becoming a battle-damaged nation after decades of destruction in their land, it became effortless for Iran to turn them against the United States. Iran-supported militia leaders have been granted numerous seats in the Iraqi Council of Representatives. Iran is also in pursuit of influencing the next Iraqi Prime Minister, following the resignation of Adel Abdul Mahdi. Iranian influence in the Iraqi network facilitated campaigns against the United States and provoked protests from the public to remove their presence. Furthermore, the Trump Administration’s decision in 2020 to remove all military troops from Iraq will weaken Iraqi strength in power. Removal of the U.S. military will provide more opportunities for Iran to exploit the weak nation of Iraq.

The United States is cognizant of the dangers that may arise with Iran’s excessive power in the Iraqi regime. However, their endeavors to maintain a moderate relationship with Iraq is difficult with Iran’s opposition. It is out of question for Iraq to break ties with Iran, but the U.S. is urging Iraq to branch out of trading sources with Iran. If Iraq could obtain sources, like natural gas and electricity, from other nations, then they would not need to be so reliant on Iran. Removing this leverage would give Iraq more independence in their capabilities to make political and economic decisions. Therefore, Iraq must administer relationships with other neighboring countries to establish roots outside of its ties to Iran.

The sanctions that the United States imposed on Iran’s oil sector in 2018 came with severe economic penalties. As the Iranian president Hassan Rouhani calls it, the “act of economic war” only drove Iran closer to Iraq; Tehran is depending more on Iraq for its economic sustenance. Reasoning with Iran to allow U.S. presence in Iraq is beyond the scope of accommodating current relations and negotiations. The United States may succeed by restructuring its reputation and attitude among the Iraqi people to gain support. The nation should offer support outside of military presence and counter the ideologies that Iran has instilled to deceive Iraq. The U.S. should not approach Iran with compromises of power, even if that is what Iran would request. This request would give Iran leverage to engage in more destabilization and further damage geopolitics in the Middle East.

Iran has implemented a similar strategy on Afghanistan to that of Iraq; infiltrating government power and providing humanitarian resources to gain support. Ultimately, Iran strives to weaken Afghanistan’s central government to expand influence of Afghan Shiites with hopes to dominate it similarly to Iraq. To exploit the Afghan government, Iran has financially supported campaigns of candidates that cater to their ideologies. Their economic strategy gradually puts pro-Iranian leaders in power, which will grant Iran opportunities to dictate Afghan political and socio-economic decisions.  Iran also makes empty promises to support Afghanistan in potential outbreaks following the removal of U.S. troops. The militia support remains questionable as Afghan troops are facing mass casualties in the fight against the Taliban and Islamic State, even in sensitive areas like Kabul.

In the beginning of January 2021, the Afghan government met with the Taliban to discuss peacemaking amid U.S. troop withdrawal. Negotiations included disputes over power balances and ceasefires. In addition to these negotiations, the secretary of Iran’s Supreme National Security Council, Ali Shamkhani, already emphasized the need for U.S. forces to leave Afghanistan. This urge was already backed by the Taliban-U.S. deal, where American troops are forced to depart Afghanistan by the end of 2021. Therefore, these predispositions increase risks from the Doha peace agreement that may widen the gap for Iranian influence in the Afghan regime, shaping a similar Iraqi situation. Regardless of the agreements that are to come, Iran has continuously displayed relations with the Taliban, if they cater to their anti-U.S. endeavors.

Iran perceives the U.S. as a larger threat than the Taliban, so they may be willing to give the Taliban more power within Afghanistan to promote peace and increased hatred towards a common enemy. With supporting the Taliban’s resistance to the Afghan government and U.S. administration, Iraq believes it can harness the Taliban to fulfill its aspirations in Afghanistan. The removal of U.S. forces leaves the Afghan government without appropriate security and support to resist the Taliban; giving the upper hand to Iran to lead the way in political and economic decisions. Therefore, the future of Afghanistan remains questionable and dependent on the Doha peace agreement that continues to be discussed today.

As the presence of the United States diminishes in Afghanistan, Iran is taking necessary measures to merge Afghan economics into its own. The Foreign Affairs Minister of Iran, Javad Zarif, announced that the best solution for permanent peace in Afghanistan is through inclusive political collaboration with Iran. Thus, Iranian and Afghan leaders have held joint meetings to discuss plans for economic prosperity, to include expansion of partnerships, trades, and political delegations. Their collaboration in improving Afghanistan’s essential resources, like water, energy, and transportation, are a convincing way for Iran to work its way into power in the nation. In November 2020, Iranian and Afghan leaders announced the opening of the joint train line connecting Iran’s city of Khaf with Afghanistan’s city of Ghorian. As demonstrated in Iranian-Iraqi relations, Afghanistan is inclined to accept support from Iran with hopes of a more prosperous future that is perceived as possible only through joint collaboration.

Iran seeks and maintains ties with terrorist groups that cater to their aspirations of political dominance in the Middle East. Thus, Iran is seeking to enhance its relations with the Taliban to prosper from the post-U.S. power struggle for control in Iraq and Afghanistan. Although their perception of the Taliban has fluctuated for decades, they are willing to compromise with them in exchange for merging against Western powers. Currently, Iran sees collaboration with the Taliban as an essential component for gaining power in Afghan politics. By exploiting the Taliban negotiations in Afghanistan, Iran can immerse Russia into its political and economic axis to embrace the Russo-Iranian alliance. Iran also plans to re-shape Afghan politics by re-emerging Fatemiyoun Brigade members that are composed of Afghan Shiites. Through this strategy, favorable military presence can assist with Iran’s political role in Afghanistan the way Hezbollah has in Lebanon. Iran plans to exploit the Taliban in Afghanistan the way it utilized Hezbollah to gain leverage in Lebanon. Hezbollah has become a powerful hand in Lebanese politics because of its support from Iran. Hezbollah has the upper hand in making political decisions and leadership selections in Lebanon that are favorable to Iranian goals. Hezbollah’s power in Lebanon has become a key strategy for Iran to mobilize and establish influence across the Middle East. Their alliance strengthens Hezbollah’s stance, making them an emerging global threat. Iran also uses Hezbollah to focus on Israeli targets on behalf of the Iran-Israel conflicts. In exchange for training, weapons, and funding, Iran can use terrorist organizations to spread its Shiite ideologies in weaker Arab regimes. Their ties with terrorist groups is a strategy that has hitherto helped Iran gain control in Middle Eastern geopolitics