Is the Demise of Political Islam in Iran Close? 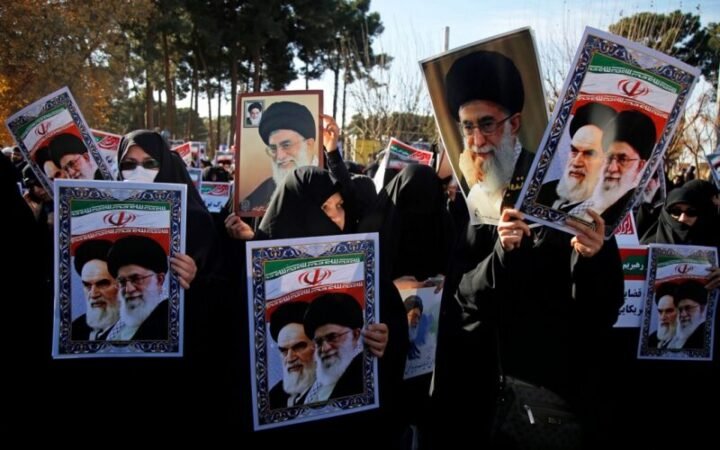 Nika Shakarami and Sarina Esmailzadeh, two 16 years old Iranian teenagers, along with Mahsa Amini, 22, a Kurdish woman, though hailing from different backgrounds and living different lives met with the same fate. The skulls of these three young Iranians were allegedly smashed by the Iranian security forces, as per the statements of their respective families and human rights groups. The 16-year-old teenagers were punished for participating in protests that erupted after the killing of Amini for wearing her hijab “loosely”. They have become the face of the protests that have been shaking the country for almost two months now. However, the way Iranians are protesting all over the country reflects that while Amini’s death may have sparked the outpouring of people onto the streets, it is not the sole cause of distress.

There exists an underlying dissatisfaction among the Iranians with the Islamist regime’s use of ‘Political Islam’ as a way of governing the country. ‘Political Islam’ here refers to the practice of Islamic laws in the political realm of society. Most of the Iranian population today is young (the median age in Iran is 31.7) and they are protesting because of a lack of economic and social freedoms in their country. Ali Fadavi, deputy commander of the Islamic Revolutionary Guard Corps (IRGC), said that the average age of detained protesters is 15.    Although most Iranians want their country’s economy to be fixed rather than the acquisition of a nuclear weapon, the Islamic Republic’s anti-West stance seems to be unflinching during the ongoing talks on New Nuclear Deal in Vienna.

It prioritises Islamic internationalism over Nationalism. The Iranian state is funding proxy wars in the region at the cost of providing basic amenities to its citizens. In the pre-1979 era, the Shah tried to endorse the Persian identity of the people at the cost of Islam. He threw one of the grandest parties ever to be witnessed in the history of the world to commemorate and celebrate the Persian empire and culture while trying to suppress everything that could be considered Islamic. The current regime is making the opposite mistake. The Islamic Republic wants its citizens to forget its pre-Islamic history and to identify solely as Muslims. Does that mean that the current regime is also likely to meet the same fate as its predecessor?

The Demise of Political Islam?

This is not the first time people have come out on streets against the Islamist regime. Iran’s anti-hijab protest draws on the long history of resistance aimed against such a regime. It would not be prudent to think that these protests were rendered ineffective because of their suppression. Every time protests were violently put down, the regime lost more and more legitimacy. The cause of the protests in 2009, for example, was Mahmoud Ahmadinejad’s victory in the Presidential election that people believed was rigged. In 2017, the protests were against rampant corruption and the sputtering economy presided over by the regime. Over time, repeated protests have come to reflect the regime’s receding legitimacy and credibility in the eyes of the people.

The younger generation exposed to the world is unlikely to conform to the conservative laws of Shariah. In the ongoing protests, people are even openly chanting slogans like ‘death to the dictator’ which attack the most holy symbol of the regime and of the revolution – the supreme leader. In Shia Islam, the political leader is not only the symbol of the state, but they also derive legitimacy from God (vilayet-e-faqih). This not only shows the receding faith of the people in the state but also in their religion. No wonder that the latest statistics released by ThePrint’s GAMAAN research institute reveal that more and more Iranians are becoming disbelievers. Political Islam is no longer effective in Iran because like other political systems governed by religious and socio-cultural norms, it offers very little to the aspirations of younger generation.

Can Iran Ever Be a Liberal Democracy?

Protests against the governments are not unique to Iran, however, the aspirations of the Iranians today appear to be irreconcilably unaligned with that of the Islamist regime. There is an ongoing debate over ‘Middle Eastern Exceptionalism’, which revolves around these countries’ inability to democratise in the wake of the rising living standards of their people. In most of the rest of the world, it has been witnessed that as the per capital national income of a country increases and give rise to the middle class, the people start asserting on having more rights and liberties in their social as well as private lives (Kedourie, 1994). Then, what is it that is not letting the Middle Eastern countries democratise? Will the Iranians be able to live in a democracy or is the cultural and political environment of the country unsuitable to democracy and shall therefore continue remain an autocracy?

Political theorists like Huntington and Bernard Lewis are of the view that Islam is incompatible with democracy. Eli Kedourie goes as far as to claim that the very idea of democracy is alien to mindset of Islam (Kedourie, 1994). However, it does not account for the fact that Indonesia, which comprises the world’s largest Muslim population, is a democracy. Moreover, even Bangladesh and Turkey have functioning democratic systems. The reason for Iran, and the Middle East in general, to not have functional democracy may not have everything to do only with religion but also with region. The lack of democracy in the Middle East can be attributed to the presence of natural resources like oil and gas in the region (Zakaria, 2003). The major source of the state revenue is the export of oil and gas. Since the state does not depend on their population for generating revenue, it does not really have to cater to their demands. In that sense, ‘No Taxation Without Representation’ works the other way round too. Therefore, as Iran’s economy diversifies, human resources will have to be developed to run it.

The idea of Iran’s socio-political culture being unsuitable to democracy is unsubstantiated. The belief in one’s society being exceptional is unwise and arguably even destructive. The data infers that as the living standards of the people improve, they want to have a say in the way they are being governed. This is one of the main causes of a series of protests happening in Iran. The people’s aspiration for democracy can be suppressed only to an extent by using physical force, as has been seen in Iran and elsewhere. However, sooner or later, either the Islamist regime must give way to people’s demands or be overthrown as happened with its predecessor half a century ago.