Challenges to National Security: An insightful interview with PM Heblikar 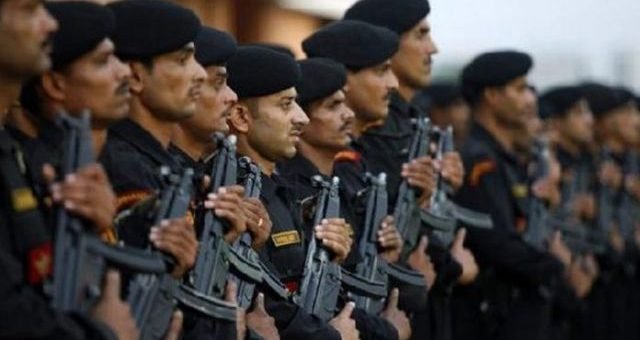 National security is part and parcel for a country’s survival. As neo-realist Kenneth Waltz puts, “nation-states prime responsibility is to maximize security for them power is the means to achieve the end i.e., Security.”  On one hand, the world resembles a Global village while the other side it shows a more complex and fragmented structure, strengthening military band border security is fanning the flame of insecurities among the rival nations’ leading to Security Dilemma. In the 21st century, the definition of National security isn’t limited to military power but covers cybersecurity, diplomacy, economic prosperity and health and climate in the list too. The post 2nd World-War scenario established an international order which promised to eradicate anarchy and establish peace and security. In today’s context, ‘security’ is the buzzword to protect its existence and identity. But it’s a piquant reality that not every Indian is aware of-leading to the arena of National Security.

The Kootneeti in association with COVINTS interviewed PM Heblikar on challenges to National Security.

PM Heblikar retired as Special Secretary, Government of India in September 2010. Served both at home and overseas. Decorated for Meritorious and Distinguished Service. Specialised in Insurgency and Counter-insurgency in Northeast region and its external manifestations. Assigned several important assignments. Currently Managing Trustee, Institute of Contemporary Studies Bangalore (ICSB) and Director of Maxgrid Securicor (India) Private, Bangalore – a next-generation security consultancy. He writes on national security-related matters for leading newspapers and magazines besides participating at security-related workshops, seminars and conferences.

Supporting the aforementioned statement directed towards National Security, PM Heblikar opines that national security must be a part of school and college syllabus which will generate awareness and a working knowledge of other national issues. According to him national security shouldn’t be understood in parochial sense and must cover both traditional & non-traditional dimensions, hence a widespread understanding needs to be developed among the Indians. Issues on national security will not have any advertence unless the citizens of a country are well equipped with its notion.

It’s a bitter pill to swallow that two of our neighbours are the biggest impediments for peace and stability. The growing alliance between Pakistan and China is worrisome for India but digging deeper through the insights of Mr Heblikar, he brings a different picture. He applauds the exceptional qualities of our security forces who have broken every bottleneck to safeguard the territory of India. During the 2002 Tsunami in Sri Lanka, it was the generosity and commitment of India which supplied every possible help to Sri Lanka while the so-called friends were oblivious to the suffering. This offers India a unique and hospitable place in the world. He also reiterated that China’s presence around India’s neighbour should not be a reason for panic, for India strategies to defend its security is phenomenal.

The globalised world has only exacerbated the terrorism and the Global North and Global South is bereft of it. On the recent UNSC Open debate, Indian External Affairs Minister, S. Jaishankar mentioned that India has been at the forefront of global counter Terrorism and has signed and ratified all the major protocol and conventions on terror adopted by UN. The terrorists have weaponized social media platforms to unleash their devastating aims. Fulfilling commitment, regulating double standards, reform in the committee, and discouraging exclusivist thinking etc. Upholding the same view Mr Heblikar propounded that this Hi-tech world has triggered terrorism. The only possible way out of it is to set up accountability on these media platforms to protect youths from radical ideologies. PM Heblikar concluded that India’s experience of insurgencies is wealth for us and we need to accept that the Government can’t be everywhere. So adequate space needs to be provided to the private players which would broaden the opportunities and availability of ideas and resources. The statement indicates the entry of privatization in matters of national security, which again is a different parameter within this field.

For Special Student’s Offer use the Code: COVINTSKOOTNEETIDEFCON (terms and conditions apply).

For exciting Corporate Offers Reach out to us at: team@thekootneeti.com

Arijita Sinha Roy is an Associate Editor (Trainee) at The Kootneeti.