End of the Qatar Crisis 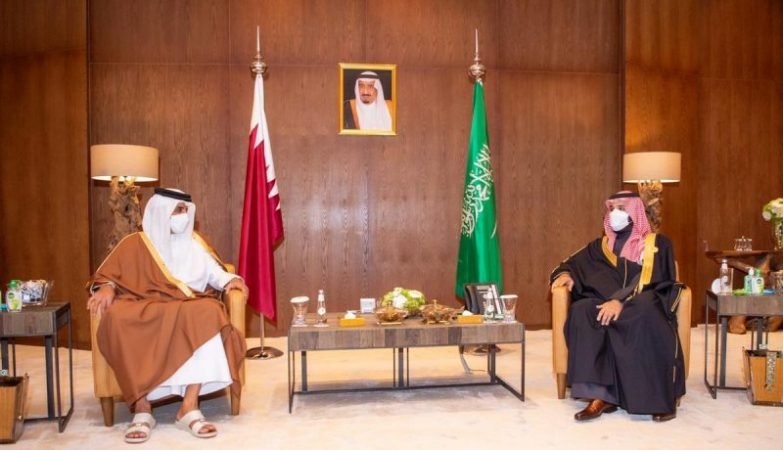 On the eve of GCC summit, President Trump dispatched his son-in-law and senior advisor to the Middle East, Jared Kushner to the signing ceremony of normalisation of Qatar crisis. This is one of the last major projects in the Middle East which Trump presidency wants to finish before departing the White House on 20 January 2021. A day before 41st GCC summit, Saudi Arabia, the UAE, Egypt and Bahrain are agreed to withdraw blockade from Qatar. Emir Sheikh Tamim bin Hamad al-Thani of Qatar accepted the invitation for the GCC summit.

Qatar crisis started with Bahrain’s declaration of a blockade on Qatar on early morning 2:50 GMT of 5 June 2017, which was immediately followed by the UAE, Kingdom of Saudi Arabia and Egypt. At the pick severity of blockade, Comoros, Mauritania, Yemen and the Maldives were among the other countries which had cut diplomatic relations with Qatar. The crisis was preceded by a flood of fake news, a cyber attack on Al Jazeera news outlet, and hacking of personal social media accounts of Qatari government officials.

Saudi led alliance handed over a list of 13 demands to Qatar, to fulfil before the deadline of 10 days. These demands were:

Qatar responded with a refusal to accept the demands. Ultimately, this resulted in Qatar facing political isolation, economic sanctions, travel restrictions, flight embargos, accusations of extremism and subversions. In June 2018, Doha filed a lawsuit in the internal Court of Justice (ICJ) arguing that the UAE-imposed boycott measures have violated the International Convention on the Elimination of All Forms of Racial Discrimination. Later on, ICJ’s ruled out the verdict in favour of Qatar. In June 2020, The International Court of Justice (ICJ) rejected appeals made by Saudi Arabia, the UAE, Bahrain and Egypt, which questioned the authority of the International Civil Aviation Authority (ICAO). The ICJ’s verdict maintained the ICAO has jurisdiction in the case. Al Jazeera reported about the lawsuit filed by Qatar in London and New York in 2019 accusing three major banks-– the UAE’s First Abu Dhabi Bank, Saudi Arabia’s Samba Bank and Luxembourg-based Banque Havilland for destabilising the economy and Qatar’s currency.

During the three years blockade, Qatar suffered from various economic, financial, social and humanitarian issues. Geopolitics made the crisis worse since Qatar is located in the Persian Gulf linked by land with Saudi Arabia only and surrounded by Bahrain, UAE, Iran and Kuwait by the maritime boundary. In response, Qatar had no option but to move closer to Turkey and Iran. Turkey increased military presence in the Gulf region. Iran was the sole airspace provider to Qatar. In a significant political move, Qatar announced withdrawal from the Organization of the Petroleum Exporting Countries (OPEC) from January 2019 and became the first Gulf country to leave the oil cartel.

Qatari monarchy is ruled by the Al-Thani family since 1867. The ruling family shares the same religio-ideological roots of the Kingdom of Saudi Arabia which are the teachings of Muhammad bin Abdul Wahhab (1703–91). Qatar has a population of 2.6 million (2018), out of whom only 300,000 or just 11.5 percent are Qatari citizens. Majority of citizens belongs to Sunni Islam. Having these much of similarities, newly ascended in 1995 on the throne, Hamad bin Khalifa al-Thani believed in the stand where Qatar need to change its policy from Saudi bandwagoning to a rival of Saudi Arabia. To pressurise against Qatari individualistic moves, Saudi Arabia called back its diplomatic mission from 2002 to 2008. In 2014, Saudi Arabia, the United Arab Emirates, Bahrain and Egypt also withdrew their ambassadors from Doha.

Qatar has intervened in regional conflict and tensions including Afghanistan, Egypt, Iraq, Lebanon, Libya, Palestine, Sudan, Syria and Yemen. This led the tension between the Qatar and Saudi group over the issues of Qatari support for the Muslim Brotherhood in Egypt, Libya and Syria. These measures ran counter to Riyadh and its antagonism of Brotherhood elements, including Hamas.

The efforts for reconciliation had initiated months earlier. The US election speeded up developments in the Middle East. Though, the Americans and Kuwaitis tried to host negotiations in the last two years but resulted in no fruits. This time, Kuwait backed by the US made significant success in reconciliation process before GCC summit.

Saudi alliance has come to the consensus that blockade have not led them to any significant success but created more disagreement within GCC. The US initially did support the move but later on either appealed for reconciliation or took a neutral stand. The US has a high stake in Qatar. Qatar is a close ally of Washington, hosting the largest American base in the Middle East, Al Udeid Air Base. This base has been the headquarter of US Air Force Central Command in the Persian Gulf, during the operations in the Iraq War of 2003 and the allied campaign against the Islamic State of Iraq and Syria (ISIS) since 2014. In January 2018, Doha and Washington engaged in the first joint strategic dialogue since the GCC crisis and discussed regional and bilateral issues and concerns. At the time, it was believed the American renewal its security commitment towards Doha. Newly elected president Joe Biden has been vocal to Saudi Arabia and policies of the US towards Saudi Arabia. Saudi Arabia does not want to sour existing warm relations with Washington.

It is beginning of the end of Saudi’s ‘stick and carrot policy’ in the region. Gone are those days, when Saudi Arabia could unilaterally decide matters in GCC. Saudi Arabia has realised that they cannot insist on going with the same old policy. ‘Saudi Arabia lost its GCC “supremacy” partly because of the crisis – with Qatar breaking away completely, Kuwait adopting a stance of neutrality, and even the United Arab Emirates opening its own channels with the West and normalising relations with Israel’ opines Imad Harb, director of research and analysis at the Arab Centre Washington DC.

Broadly, the imperatives behind the blockade were supposed to counter Iranian influence in the gulf. But It resulted in the opposite way in the case of Qatar. Also, the strategy towards Iran varies among GCC countries themselves. Even after the resolution of the crisis, GCC will not have a uniform policy towards Iran.

Interestingly, on Twitter, Samuel Ramani posted this in a meaningful way that ‘Qatar and Kuwait will maintain its stance of containment, with UAE pursuing an approach of “managed confrontation”, while Saudi Arabia and Bahrain will continue its confrontational approach towards Iran.’

Subhash Bhambhu is a student of masters at Pondicherry university.