Dhaka: A Bridge between New Delhi and the East? 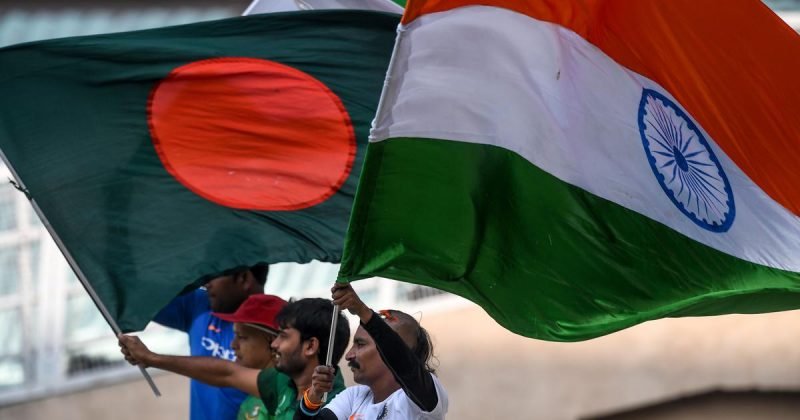 Bangladesh could be seen as an important bridge between India and Southeast Asia in terms of connectivity, trade. It is also one of the few countries which New Delhi has engaged properly with at a time when many are looking towards Beijing.

2020 has been a very productive year when it comes to India and Bangladesh relations. Both countries have held frequent dialogues, virtual summits this year, at a time when the Bangladesh Liberation Struggle completes 50 years and on the account of this, various agreements have been made during the course of recent events when China is aspiring to become the sole power player in the region, which could also be assessed through it initiating infrastructure projects in Bangladesh. These developments show that there is a need for India to strengthen ties with Bangladesh under its Neighbourhood First Policy.

For a long time, Dhaka had appreciated the role India played in the 1971 Liberation War, where the latter tackled the Western Pakistani forces, which were harassing the East Bengalis who were fighting for their rights regarding the imposition of Urdu in their region. Ties were at its peak in Bangabandhu’s tenure but slowly the two started drifting away because of terrorist insurgency in the Northeast, river disputes, religious intolerance and the main concern is about Dhaka’s increasing closeness to Beijing.

In spite of all hurdles, New Delhi and Dhaka have closely engaged in collaborating on road and rail connectivity, inland waterways, frequent educational as well as cultural exchanges, barrier-free trade which are essential tools for India to Act East and Look East where Dhaka has shown loyalty towards India, while looking at the strategic ramifications, with respect to debt traps, influence and dependency.

This year Bangladesh was also one of the few countries to make a contribution towards the SAARC COVID Fund, where Dhaka contributed USD$ 1.5 million for which PM Modi conveyed his gratitude to Bangladeshi PM Sheikh Hasina this April.  Infrastructure and connectivity were very important points which were given attention, during the 17th December Summit where a 65-year-old broad gauge link between Haldibari to Chilahti was launched to reduce the distance between the two countries and ensure smooth movement of goods.

Inland waterways are also essential in ensuring rapid trade and economic connectivity, making business easier between the two countries. Recently, this year, the inland waterway between Daukhandi to Sonamura was opened recently, covering a distance of 93 km, in order to make the trade and economic connectivity easier for Tripura and its adjacent states, which need this for their livelihood and irrigation. Also, a second addendum to the Protocol On Inland Water Transit and Trade was signed for efficiency in port connectivity to ensure that the goods reach at a faster rate. Recently, even trials have taken place between Kolkata and Agartala via Chattogram.

BBIN Motor Vehicle Agreement was also signed this year in February, in order to ensure smooth movement of goods, proper mechanisms for transportation where Bhutan will join later since it hasn’t decided. This route could prove important for India’s connectivity to Southeast Asian countries such as Myanmar, Laos, Thailand.  If these projects get delayed because of political disputes, migration or connectivity issues then Beijing will have an edge where currently, it is the leader of all sorts of corridors, connectivity initiatives.

According to Dr. Anand Kumar, an Associate Fellow from the Institute For Defence Studies And Analysis, the Chinese could add fuel to the fire through interfering in the Teesta Dispute which India hasn’t settled because of pressure from the West Bengal Government due to which there is a necessity to oversee strategic gains while balancing political pressure. These developments have led to Dhaka slip away slightly from  Indian eyes.

China, through various hydropower projects in the Yarlung Tsangpo, is trying to align with Bangladesh in order to put pressure on India to accept these projects where Beijing has invested USD$ 7.1 billion on projects, putting India in a bad light and a weaker spot, as stated by a Chinese scholar, Liu Zongyi, felt that India is unnecessarily having doubts about these projects based on geopolitical considerations and these arguments of  territorial conquests or expansionism  are hyped up

The Chinese are moving at a good pace when it comes to the BRI projects in Bangladesh. The Padma River Bridge is being constructed at a cost of USD$ 3.14 billion under the China Railway Group Company. The line covers a distance of 169 km under the China-Bangladesh-India-Myanmar Corridor (BCIM). This ambitious rail project aims at giving 5000 jobs to local residents and good connectivity to the Chittagong port.

Beijing has an upper hand when it comes to these initiatives. While India is struggling with a virus and a border dispute. Beijing is silently bringing in other ways to deter New Delhi having an edge over its neighbours whether it’s through controlling flow of water with respect to the unsettled Teesta dispute because of state-centre conflict or rapid infrastructure. In an article, Bertil Litner opined, India has severed ties with Bangladesh due to the issue of the Muslim migrants which came up through the passing of the Citizenship Amendment Bill, causing a little blow to religious sentiments of minority groups leading to many ministers cancelling their official visits earlier this year.

There is always a change in the national interest which leads to countries make decisions and the middle country plays an important role in balancing which could be seen through Bangladesh looking towards both India and China where it depends completely on New Delhi when it wants to use its leverage vis-à-vis China in case if it still aspires to further assert itself as a responsible hegemon in South Asia rather than many questioning it as a bully.