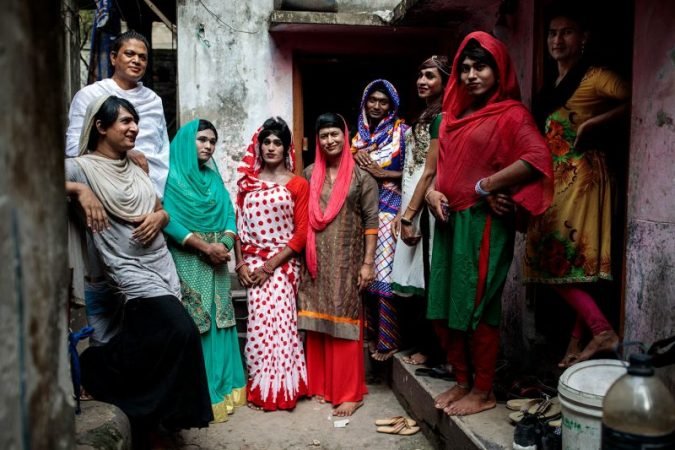 In the Victorian England period that is 1860 onwards, during the British colonization of India, the empire made the legal codes and common laws for the colonies and among them was the law concerning male to male sexual relations. The Western imperialism which during the nineteenth century was gaining popularity for its “civilization, culture and ideology” wasn’t able to digest the contradictions associated with gender and thereby by made several attempts to resolve it. When the British empire drafted these penal codes had a moral and religious mission in mind to protect the Christians from Corruption and to Christianise by correcting their native custom. From then onwards, scholars suggested that it was the beginning of discomfort with homosexuality, transgender and Hijras when Britishers brought strict judgments to sexual mores, criminalising “carnal intercourse against the order of nature” which was not illegal before the arrival of Britishers.

The British colonizers perceived Hijras as “professional sodomoties”, challenging the colonial legal system based on heterosexuality, reproductive sexuality and family. The cultural significance of Hijra Badhai (donations collected at births and weddings) made the latter an “obsence” community as they created “nuisance” by undermining the order of public space through their practice. The Hijras, oftentimes, got reprimanded by the British government and the latter disgust got heightened with the murder of Bhoorah – the eunuch – from the north-west province, British India. However, the response by the British judge was of disgrace towards Hijras. Dr Jessica Hinchy, the History professor at Singapore University, in her book “Governing Gender and Sexuality in Colonial India: The Hijra, C.1850-1900” has encapsulated how British colonizers postulated the acts and laws with the purpose of demeaning Hijras. A British judge on Bhoorah’s murder passed the statement that the Hijra community was an “opprobrium upon colonial rule”. They believed that Hijras were not the governable community or what they describe them as ‘tribe’ since they perceived them through the eyes of filth, disease, contagion and contamination. Hijras got portrayed as the community who are addicted to sex with men. This convinced British colonizers that Hijras were a threat to public moral and public colonial authority. Henceforth, years after Bhoorah’s murder the campaign was introduced by the province to gradually decrease the number of hijras with an aim of their extinction.

Under the controversial 1871 law – Criminal Tribes Act 1871 they got deemed as hereditary criminals. Dr Hinchy maintains that this law provided somewhat impunity to police. Police now had the power to increase the surveillance of the community along with that they compiled the registers for hijras with their personal details. Registration was a means of surveillance to ensure that the Hijras population wasn’t reproduced and their castration can get stamped out. They got defined as “a eunuch as a criminal and sexually deviant person”. They were often vulnerable to police intimidation, coercion and violence if they cross-dress into effeminate clothing or jewellery or performed in public. If they didn’t comply to aforementioned, they either paid fines or thrown into prisons.

For Britishers, the small community of Hijras have endangered the imperial enterprise and colonial authority. Accordingly, the law aimed to eliminate the public presence of Hijra through their culture excision while the principal ambition of law was to limit and finally extinguish the number of Hijras. Children living with Hijras were forcibly taken by the British authorities to save them from the‘life of degradation’ and if Hijras caught living with a male child, they were risked with fines and jail. Even though many of these children were disciples of Hijras. Some of these children were orphans or adopted. Even the children of musicians were there with Hijras and performed with them. The hijras lived alongside with their families also lived with widows who had children. Britishers saw these children as “agents of contagion and a source of moral danger”.

Lakshmi – the present hijra activist– advances on the demeaning actions of Britishers that have ripped the Hijra community from their property, their money and houses. This, eventually, left hijras at the margins of society where they were at the mercy of begging, selling of their body or engage in traditional blessing work at wedding or birth. Notwithstanding, Hijras surpassed this dark history through their attempts to survive by evading the police, made a perpetual visible presence in public and devising survival strategies. Eventually, they became skilful in breaking laws and hiding their properties so that police couldn’t register them. They continued their traditional cultural practices within their communities in private which wasn’t illegal. The laws and actions undertaken by the Britishers were a reflection of their binary understanding of gender implication. The laws framed by authorities were used to monitor a diverse range of non-conforming people such as effeminate men who wore female clothing’s, male devotes who dressed as women, men who performed females’ roles in theatres. As this result of ostracization from Indian society in which Britishers ultimately were successful, Hijras went on to form their communities around a guru or mother figure to provide them with financial and emotional security. Thereby, the term ‘Hijras’ was used as a secret code language which means protection in Persian. The communities of Hijra formed are normally ghettoized and clandestine to seek security from hate crimes such as rape or assault.

Experience of these harsh realities from the decolonization period compelled the Hijra community to remain underground that was witnessed in the 21st century as well until 2014. The supreme court of India during that year ruled that “Hijras would be recognised on official documents under a separate ‘third gender’ category”. The court said that hijras should be given quotas and reservation in both education and employment. Therefore, allowing them to access jobs and colleges where they used to face discrimination or discarded based on their non-conforming binary physical appearance irrespective of their education. Currently, they are recognised on official documents under a separate category called the third gender. This ruling provided them with an assurance of equal enjoyment rights and protection legally and constitutionally.