Cambodia Must Learn From Vietnam in Fighting Corruption 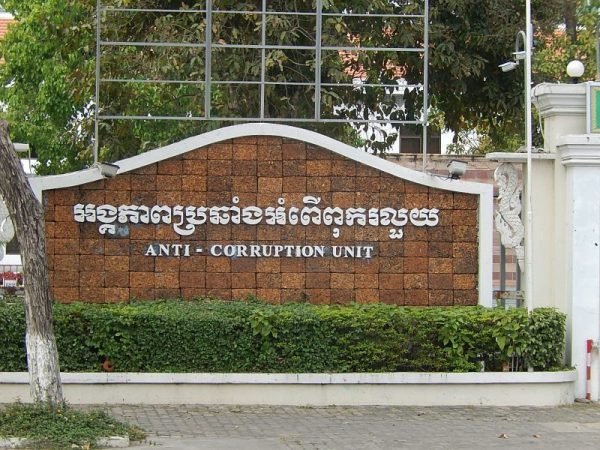 Vietnam’s ongoing crackdown on corruption can inspire those who want to put a graft-ridden and economically tumbling Cambodia back on its feet.

Powerful Vietnamese politicians found guilty of corruption have suffered the consequences. In 2018, former politburo member Dinh La Thang was sentenced to 13 years in prison for “asset embezzlement” at state-owned energy firm PetroVietnam. The same year, he was given a further sentence of 18 years for a PetroVietnam disastrous investment made in OceanBank.

The crackdown has continued. In January this year, Vietnam’s Communist Party reprimanded Politburo member Hoang Trung Hai over corrupt supervision of Thai Nguyen Iron and Steel while deputy prime minister. In September, Nguyen Duc Chung was suspended from his functions as chairman of the Hanoi People’s Committee, charged with offences including appropriating secret state documents and money laundering.

Vietnam’s system may be authoritarian, but at least it is bounded by institutions, and underpinned by a sense of the public interest. The national congress of the Communist Party of Vietnam scheduled for January next year, will appoint leaders with a mandate until 2026. At least seven appointments will have to be added to the 16-member politburo due to retirements.

Cambodia has no such strong institutions, and is simply a personal dictatorship, which is no more constrained by any checks and balances than in the time of Pol Pot. Cambodian corruption is systematic and forms an integral part of the system of governance. The state functions to facilitate, consolidate and protect corruption and to share in its profits. Political leaders and businessmen and women cooperate within this framework, often on the basis of close family ties. The Hun Sen family stands at the centre of this system: opportunists such as Try Pheap, the largest destroyer of forests in Cambodia, have amassed huge fortunes which are shared with the Hun family. Members of this political-financial clan can never be pursued through the courts, as is done in Vietnam.

Power corrupts, goes the old saying, and absolute power corrupts absolutely. Transparency International’s index of global perceptions of corruption puts Vietnam at number 96 in the world, far above Cambodia on 162. Our other neighbours Thailand and Laos also score better, placed at 101 and 130 respectively.

Vietnam remains a Communist dictatorship but with some kind of internal democracy associated with collegial leadership. Since our shared disaster of the 1970s, it has come much further towards achieving prosperity than Cambodia. In terms of GDP per head, Vietnam is far in front. It exports high value-added goods such as telephones, scooters, computers and electronics, while Cambodia, under Hun Sen’s autocratic and poor leadership, continues to rely on cheap garments and rice.

Progress on corruption has had positive international consequences. A new European Union trade agreement with Vietnam came into force on July 1, with the EU confident that this would contribute to stronger rights for Vietnamese as workers and citizens.  Meanwhile, Cambodia’s duty-free access to European markets was partly curtailed, with the prospect of further loss of rights if its record on human rights and political freedom does not improve.

Institutions that are capable of holding power to account have, historically, often preceded the development of wider political participation. Allowing different regions to be represented is a further step on the road. Vietnam’s Communist congress in January is expected to seek to address a relative lack of representation from the country’s south.

Regional balance and decentralisation have never been among Hun Sen’s concerns. In 2013, I agreed with Kok Ksor, the late leader of the Degar indigenous group, to implement the 2007 United Nations’ Declaration on the Rights of Indigenous Peoples and allow autonomy for indigenous peoples in northeast Cambodia. This was simply used as more cannon fodder against me by Cambodia’s politically subservient courts.

Even in Cambodia, absolute dictatorship is not indefinitely sustainable. As I have previously argued in The Kootneeti,  Vietnam’s age limits on politicians should be adopted by Cambodia. This would at least ensure some prospect of political renewal, rather than continued stagnation under the autocratic rule of a single man.

Hun Sen has recently put less emphasis on the prospect of his son Hun Manet succeeding him as prime minister. When Hun Sen recently went into isolation as a precaution against possible contact with COVID-19, he didn’t dare allow his son to take over his public functions. This shows that his position has become weaker, suggesting growing resistance to the idea of making Cambodia a permanent family fiefdom from within the ruling Cambodian People’s Party (CPP). The international community and those within the CPP must leave Hun Sen in no doubt that his dream of a family dynasty — synonym of the perpetuation of systemic corruption — is a non-starter.