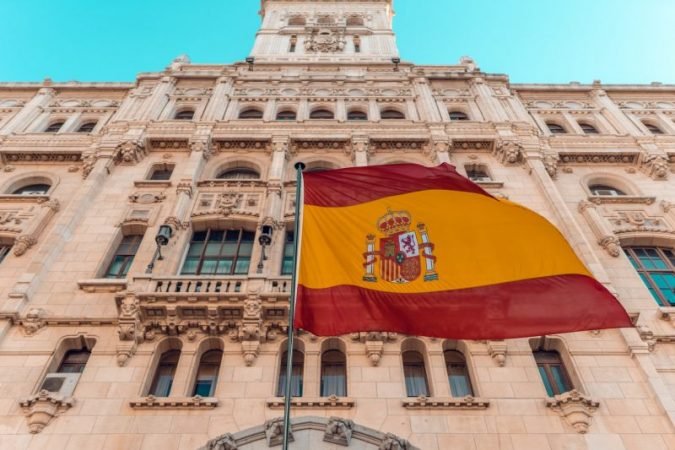 On 25th October, the President of the Government Pedro Sánchez declared the state of alarm across the country in the view of the second wave of COVID-19. The state of alarm includes night curfew from 11 pm to 6 am. The regional governments have a choice to push the 11 pm limit by forward or backward by one hour. The current state of alarm is for 15 days which the government intends to extend up to 9th May 2021. The extension for the next six months would require the approval of the Congress of the Deputies after every 15 days. The state of alarm applies to all the regions except the Canary Islands which have the best record in Spain in controlling the COVID-19.

The state of alarm may be the most important measure considering the increasing infections of the coronavirus, but it is only an addition to the long list of political events that have come to identify with the month of October for Spain in the past few years.

The disputes between Madrid and Catalonia have characterized the month of October in the past few years. While there is no end to the Madrid-Catalonia issue, this year’s October has brought out more events which highlight Madrid’s relations with Autonomous Communities and other institutions and the vote of no-confidence against the Sánchez government. Some events have been going on for a long time which came to a head in October and their effects are likely to continue in future.

One of the most important events of recent times happened in 2017 and further developments have continued in the past three years.

On 1st October 2017, the Government of Catalonia held a referendum to decide whether Catalonia should remain a part of Spain or should secede. This referendum was deemed illegal by the Supreme Court of Spain and subsequently, Article 155 was imposed the central government in Catalonia. Article 155 of the Spanish Constitution allows Madrid to take direct control over some of the powers of an Autonomous Community in case of an emergency situation.

In December 2017, the Mariano Rajoy government dismissed the Catalan government following which the then President of Catalonia Carles Puigdemont left the country while a number of Catalan leaders were arrested. Subsequently, fresh elections were held in Catalonia in which Quim Torra was elected as the president.

On 14th October 2019, the Supreme Court of Spain sentenced the arrested Catalan leaders to different punishments which ranged from nine years to 13 years of imprisonment. This event added another October chapter to Madrid-Catalonia relations.

Just towards the end of September this year, the Supreme Court of Spain barred Quim Torra from holding the office of the President of Catalonia. The court held him guilty of promoting Catalan independence during Spain’s general elections in 2019.

Over the years since the independence referendum, the relations between Madrid and Catalonia remain strained with no normalization in sight at least at present.

One of the major challenges for Spain is the fragmentation in domestic politics. This was evident in the instability of the successive governments. One year back in October 2019, general elections were held for the fourth time in four years. Even after the elections, it took Sánchez three months to form the government after getting support from various regional political parties from Catalonia and Basque. The fragmentations have compromised the stability of the government in the past few years. Not only does the government have to negotiate with its coalition partners, but also with the opposition parties for the smooth functioning of the parliament and taking major policy decisions.

The problems arising out of lack of majority were evident this year since the government had to take decisions regarding lockdown. Spain had a lockdown from April to June. Every time the lockdown was extended by 15 days which was possible only by the support of the allies as well as the opposition parties in the Congress of Deputies.

While the ruling PSOE does not have a majority of its own and has to depend on smaller parties for support, there are apparent divisions among the opposition as well. Since the fall of the Rajoy government in 2018, the left parties have ruled in Spain. But parallel the right-wing and centrist parties like Partido Popular, Ciudadanos and Vox have gained ground in past one year. The Partido Popular and the Ciudadanos together are in power in four Autonomous Communities. However, the Ciudadanos has supported the PSOE government at the centre on a number of occasions.

Similarly recently Vox brought a no-confidence motion against the Sánchez government in Congress of Deputies. However, it did not receive any support from Partido Popular and Ciudadanos, both of whom voted in favour of the government. This incident has brought out the apparent divisions among the right-wing parties. Vox has risen in the past few years as a right-wing party and is competing with Partido Popular to become the main right-wing party in Spain. Vox had made considerable gains in the last general elections by winning 52 seats and is looking to go ahead with that. Also, another factor has been the dispute between President of Community of Madrid Isabel Díaz Ayuso and Pedro Sánchez. This dispute has resulted in an increase in the electoral profile of both Ayuso and Partido Popular, according to a survey. Vox’s no-confidence motion is an attempt to challenge the supremacy of Partido Popular and gain prominence in national politics.

The month of October also saw challenges posed to two institutions. One was the monarchy and the other was the judiciary. At the beginning of this month, King Felipe VI visited Catalonia where the separatists opposed his visit saying that Catalonia does not have a king. The visit of the king to the region was used by the separatists as an excuse to gain visibility to highlight their demand for independence.

Another issue was the judicial reforms proposed by Pedro Sánchez. The proposed changes which were related to the appointment of the judges to the General Council of the Judiciary were considered as an attempt on the part of the government to control the judiciary in order to protect Vice President Pablo Iglesias who is implicated in a case. However, Sánchez has halted the reforms to negotiate with Partido Popular leader Pablo Casado, subsequent to the no-confidence motion in which the Partido Popular supported the government.

While COVID-19 and its economic consequences has been the greatest challenge for Spain in this year, it has also been the part of the politics. However, the fragile political system owing to lack of strong government remains the long term challenge for which the solution also loos difficult at present.