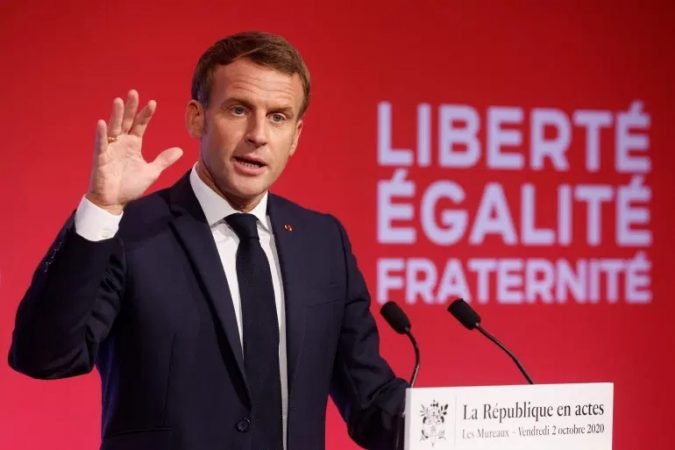 “We will call upon the Organization for Security and Cooperation in Europe and, together with German Chancellor Angela Merkel and European Council President Charles Michel, we would like to urge Belarus to agree to mediation by the OSCE”

-Macron said during a discussion at Vilnius University on Tuesday, the second day of his official visit to Lithuania.

“Our goal would be to implement mediation in coming weeks as it is the only way to ensure a peaceful transfer of power and the release of political prisoners” he added.

“Attempts to resolve this crisis should be complemented by efforts to â€œdevelop a dialogue with Russia, to talk to Vladimir Putin,” Macron said.

“We have been saying since August that it would be a mistake and an unjustified provocation if Russia sent its military forces in. I think it is the issue of Belarus, and not its neighbours. We will work together with Russia and the international community,” he said.

“Europe is taking action, making pressure and we will approve [EU] sanctions in coming days or weeks and will thus make an impact on that regime, which is coming to an end,” he said.

Earlier on Tuesday, the Belarusian head of opposition Mrs. Svetlana Tikhanovskaya met President Macron in Vilnius. Later she reassured that the French president has promised to help in pursuing negotiations over the resolution of the political crisis in Belarus with the release of political prisoners being one that takes the most amount of space on the table.

The Organisation of Security and Cooperation in Europe is an international security body which includes 57 participating states including Belarus, the Russian Federation, the US and Canada.

The comprehensive approach encompassing the political as well as militarized solutions by keeping in mind the economic, environmental and human aspects the OSCE’s step towards the revival of fairer peace and democratic rights might offer Belarus to reach the platform the Belarusians deserve.

A political visit by the incumbent OSCE chairman and the next year’s chairmanship holder will help to lead the mediation and also to make a public statement. According to the Belarusian response to the invitation the OSCE would try to talk to all sides, while observing diplomatic protocol.

The discussion might also make way for the appointment of a Special Representative or envoy to meet both the Organization’s and the Belarusian government’s ends. A fact-finding mission with a defined mandate won’t be a surprise if gets set up.

Initiation of the Moscow mechanism regarding human rights or an advisory and monitoring mandate with conflict prevention can be on their pack to be summoned. But the most likely would be a diplomatic interventionist way of their functioning like a National dialogue with the opposition, civil society and the Belarusian government together will be one of their important steps. And under the standard practices of OSCE, an agreement of conducting of elections might not be far if planned.

The Election Council body which would then enjoy public confidence to create the appropriate conditions for democratic elections can help the OSCE’s Office for Democratic Institutions and Human Rights (ODIHR) to become active and advise such a body on reform of the legal and regulatory framework and, subsequently, observe the new elections. At any stage in the process, the ODIHR can be a tool for the deployment of either a human rights mission or a mission to monitor and try out those who get involved in the protests.