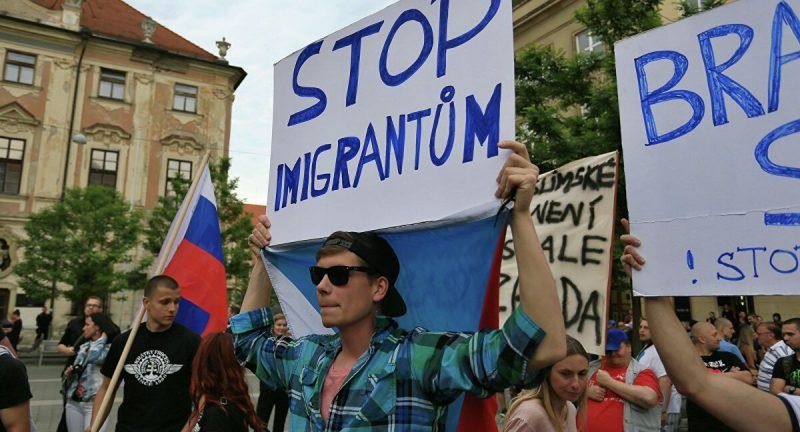 The plan has already received heavy criticism from some of the countries in the EU. This could spell trouble for the next week’s talks as unanimous approval is required to push through big changes in the bloc’s migration policy.

The Hungarian, Polish and Czech Republic’s prime ministers met with the European Union’s chief commissioner Ursula von der Leyen. All the three heads of the Visegrad group have expressed joint disapproval in a joint press conference. The group also includes Slovakia, as it was absent the EU member states prepare for the discussion of a common migration policy this week.

The Hungarian prime minister Victor Orban has made it very clear the this proposal is “unacceptable “ and a plan like this can never represent the European Commission’s joint bloc policy.

“The breakthrough will come when the Hungarian proposal is accepted that says that nobody can enter the territory of the European Union until one of the member states closes their asylum procedure,” he said.

Mr. Andrej Babis of Czech Republic expressed his complete reluctance of by saying that the migrants should be stopped at the borders and sent back home.

“We have to change the system of grants and the quota system, it’s unacceptable for us. That’s why we should keep negotiating. The strategy should look like this – the people coming from these countries, they should be stopped and turned back to their countries and be given help there,” Babis said.

The Polish counterpart, Mr. Mateusz Morawiecki ensured the unity of the Visegrad group and stressed on the demands that the group has made and stick by it’s demands for “the most rigorous and effective border control policies”.

“We want to prevent problems at source rather than have to then deal with the huge and controversial proposals we have in 2016, 17, 18 on migrant policy,” he said.

In the plan, the Commission proposed a “compulsory solidarity mechanism“, which consists of quotas for each country to take in refugees, and grants of $11, 750 (€10, 000) per adult taken in, funded by the Union’s budget.

Such proposals have faced denial from the member states in case of gaining enough support in the previous attempts of introduction of similar reforms. The proposal could come into effect by 2023 if all the members approve it.

The complete rejection and unwillingness expressed by the Eastern European states have been a huge blow to the deal even before the proper discussions began on paper.

The migrant right activists were disappointed by the plan as the reforms weren’t going far enough and the silent victory of right wing populism and xenophobic sentiments.