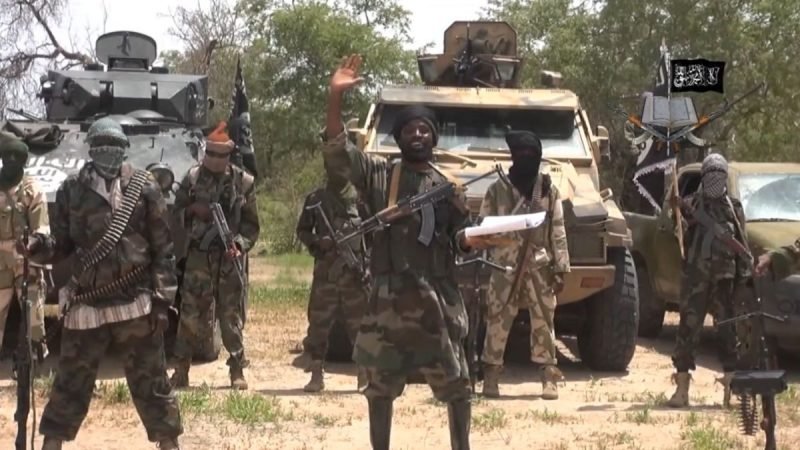 Approximately 15 people were killed on Friday 25th September by the Boko Haram terror group on a convoy of a state governor. According to the sources, Borno state governor Babagana Zulum was on his way to meet the citizens displaced by the terror group. Deaths included seven police officers, three soldiers and the number of injured remains unclear. Islamist militants have forced more than 2 million people to flee their homes since 2009 when Boko Haram began an insurgency with an aim to form a state adhering to a strict interpretation of sharia law. Some 30,000 people have been killed in the conflict. Various initiatives and mechanisms were implemented by the government to counter the terrorist group. After remaining inactive for some time, the activities of Boko Haram and other terrorist groups has once again surged up primarily since the outbreak of the global pandemic.

In the 21st century, transnational crimes, specifically terrorism has been a major challenge for the African continent. The number of terrorist attacks has increased over the last decade. However, any discussion on radical Islamic terrorism leads us to the images of South Asian countries or Middle East and North Africa (MENA) region. However according to the Global Terrorism Index 2019, the number of terror-related deaths in Sub-Saharan Africa has outnumbered the overall count recorded in the Middle-East and North Africa (MENA) region. Recent sources indicate that African continent has been at par with countries like Afghanistan, Pakistan and Syria with regards to terror-related incidents.

In case of Africa, terrorism is spreading from North Africa towards the southern and central parts and from internal to the coastal areas. African countries have significant Muslim population and 28 out of 56 Organization of Islamic Countries member states are part of the African continent. These factors clubbed with the uprooting of the international terrorist organization like that of Al-Qaeda and Islamic State from their traditional regional setting has made Africa a new destination for these groups to carry out their operations. Along with this, varied regional and local terrorist outfits have been operating in different pockets of the continent. The Global Terrorism Index 2019, further indicates that though the number of deaths has reduced in the last one-year, increased activities have been witnessed in a number of African countries. Likewise, Nigeria, Mali and Mozambique recorded a substantial increase in deaths since 2018. Each of these countries recorded more than 100 deaths. Democratic Republic of Congo and Somalia are also placed among the top 40 countries that are adversely affected by terrorism.

As per the United Nations, approximately 4,000 people were alone killed by the radical Islamist groups in Mali, Burkina Faso and Niger and these countries are referred to as the “triangle” of the most terror affected countries. The level of intensity or involvement of the terrorist organizations varies from country to country depending on various factors such as Islamic population of the country, geographical setting and political scenario. Of the various organization present in the continent, Boko Haram is considered to be one of the deadliest terrorist group.

Since its inception in 2009, Boko Haram has been the largest Islamist militant groups in Africa and has carried out attacks against military and local police, political and social groups. The militant group has turned out to be one of the lethal terrorist organization in the western and central Africa. Year after year the group has been listed as the fiercest terrorist organization in the global terrorism index. The Chibok abduction of 200 girls in April 2014, gathered international attention to the growing threat from the militant group and the inability of the government to counter it. Boko Haram promotes a version of Islam that considers western education as “Haram”. It forbids the Muslims from taking part in political and social activity linked with western society including wearing shirts and trousers, obtaining secular education or voting in elections. The militant group has been in Nigeria for over a decade, fighting to wipe out an Islamic caliphate based in Nigeria. The violence has led to the displacement of millions and approximately 30,000 people have been killed. The spillover effect of this witnessed in the neighboring countries of Niger, Chad and Cameroon. Boko Haram is divided into two factions – one led by Abubakar Shekau and the other by Abu Musab al-Barnawi.

Since its formation Boko Haram has been shifting loyalties with various international terror groupings. Initially, the group aligned with Al Qaeda to achieve its political ambitions but later in 2015, it joined hands with the ISIS to reconstitute itself as Islamic State West Africa Province. The joining of hands with ISIS has made Boko Haram dream of establishing an Islamic State of their own in Africa. Social media plays a key component in its communication with the outside world. Boko Haram opened its first twitter account named “Urwa al-Wuthqa” or “the Incessant Handhold” and has been active in propaganda. Political instability and the inability to provide welfare to its people has made Nigeria vulnerable. Taking advantage of this situation, Boko Haram uses underemployed youth as recruits. Furthermore, women and children are their major recruits. Women account for nearly 80 percent of suicide attacks carried out in last five years. The state argued that the security issues prevented them for fulfilling their promises, the extreme north of the state suffering from food insecurity has made them easy target for the Islamist group. Boko Haram promised to pay between 300,000 and 400,000 CFA(US$600-US$800) every month to be a part of their cause. Similarly, the minimum wage for those who were employed was only 36,000 CFA (US$72) per month. Individuals who showed resistance in joining Boko Haram were severely punished or killed. The number of displaced people has witnessed an upward trajectory especially in Cameroon, Chad, Niger and northeast Nigeria.

Responses from the Government

Time and again the international community have failed to contain Boko Haram or join hands in the counter-terrorism initiatives. The reason behind this is primarily the weak leadership in the affected areas. A joint initiative by the governments of Benin, Niger, Chad, Nigeria and Cameroon was carried out to fight Boko Haram. The Multi-National Joint Task Force (MNJTF) despite being a joint initiative became weak and was ultimately withdrawn from Chad in 2017. This failed initiative is considered as one of the reasons for the failure of effective counter-terrorism measures.

Terrorist groups across the world have been taking advantage of the global pandemic and have been carrying out their activities. Especially in Africa, Boko Haram has once again become active and have been causing harm to the people. They have been violating the lockdown norms and have been instigating the citizens. In the last few months, healthcare centres have been a major target of this group. This has caused a caution and the uninterrupted propaganda and activity of Boko Haram is said to affect the people much more than before. To address this, increased counter-terrorism initiatives are required. The Nigerian government should rely on soft power mechanisms rather than using hard power as the use of power is said to ignite the situation further.

The government’s strategy should focus on protecting communities that are major targets of Boko Haram. Effective border patrolling is the need of the hour as this will prevent them from communicating with the different groups spread across the continent and also to ensure that Boko Haram fighters trained in foreign bases do not gain access into the country to rejoin the insurgency. Along with this, the primary aim of the government should be to improve the standard of living and to fulfil the promises made to its citizens. Understanding the brutality carried out by Boko Haram, it’s important to counter it at the earliest as the organization is no longer just a militant group killing hundreds of innocent people but a health risk too.