U.S. Expert says that there needs to be more collaboration in Space 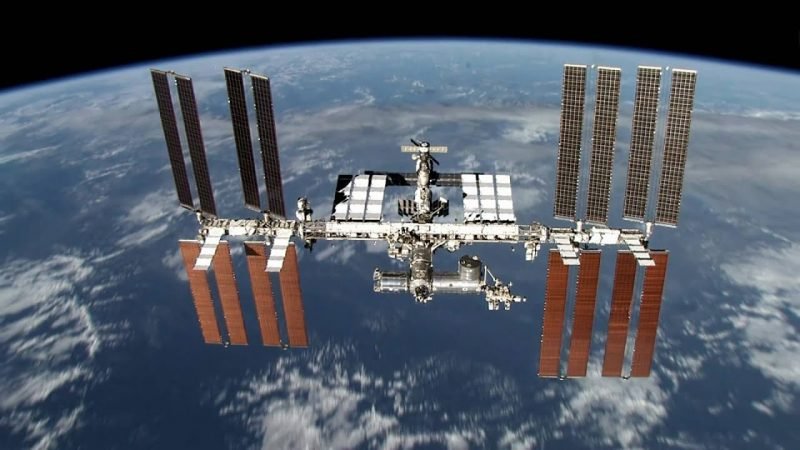 Space-exploration is not merely a scientific expedition. It is of immense significance as it has the potential to remind humankind of what it has forgotten. The fact that Earth in the larger universe is a very tiny planet. This gift of life which we enjoy on Earth is very difficult to build or attain on any other surface. Our social divisions and hierarchies really do not hold much meaning when we consider the larger challenges that we collectively face as a species. The choices that we make today are going to impact the future generation, and our descendants are going to have to live with the consequences of our decisions.

Excessive nationalism could provide short-term relief to our egos, but it is heavily detrimental to our interests in the longer run. Frank White, a space-psychologist who became very popular in public discourse due to the theory of the ‘Overview Effect’ which he devised, propounds on the basis of his personal experiences of growth and transformation in life, that astronauts have a real potential to become agents of social change.

As a trained psychotherapist and social scientist, he has been greatly interested in exploring the insights that astronauts bring back from their experiences of space-travel, whom he considers to be proxies for members of the space-community. The astronauts who get to witness Earth from far above, see it as a much smaller part of a larger system. From that vantage point, all the feuds and animosities that humankind has invented among itself seems too futile.

Space-travel alters and uplifts the human consciousness, and enables us to build a newly found appreciation of Earth as a system. The astronauts who look at Earth from far above, when they come back, they often tell that being there made them really feel that we are all in this together. Which means that from that position or perspective, humankind literally seems to be a united entity.

The Copernican effect, named after Copernicus, who first discovered that Earth revolves around the sun, (contrary to what people back then believed), also iterates the viewpoint that Earth is not a whole in itself, but part of a much larger system. This understanding which one is likely to gain through space-travel enables not only a visual but also a temporal shift in our consciousness.

Space changes our very understanding of time as a concept. Within what we would regard as the time-span of one day and night, an astronaut witnesses sixteen sunrises and sunsets each. They also experience weightlessness, shrinkage of heart, increase in height (as the spine is not compressed), and even their brain begins to change. It is the impact of these kinds of physiological changes and the overall Overview Effect on human behaviour, social structures and community relations that White seeks to investigate.

It is only on Earth that human beings are able to enjoy protection from harmful radiations. If we were to inhabit Moon or Mars in the near future, the possibility of genetic mutations or the threat of diseases such as cancer proliferating is something we would seriously have to think about.

Just as the current pandemic has made it clearer than ever before that nations and people need to co-operate with each other to save the planet from larger existential threats, space-travel also reveals the potential to instil a humanitarian spirit and consciousness within us. But for that to become a reality, our space programs would also have to reflect the spirit of unity. Unfortunately, space-expeditions currently are often driven by nationalistic aims and fervour that is detrimental to the aspiration and hope of international cooperation.

The Space Force built by US. for instance, has been largely justified as a response to the threats posed by China and India. But an ideal human space program would reflect a global commitment towards the aim of exploring the universe. Building a new mental connection with the universe would be the prime motivator of such a project.

White, in his recent book The Cosma Hypothesis reflects on the need to explore outer space. He touches the crux by examining and deconstructing the very need itself. He believes that our evolutionary purpose as human beings, is to make life and universe more intelligent. And the experiences of astronauts in the cosmos, such as when they see so many stars unblinking in the atmosphere, could be very crucial and eye-opening in this direction.

Among the other things that he is noted for, there is every chance that his theory of the ‘Overview Effect’ could have played a role in the nomination of International Space-Station for the Nobel Peace Prize. White believes that the ISS deserves the accolade, for it has truly contributed in strengthening the spirit of peace, environmental thoughtfulness, and a humanitarian attitude towards situations of conflicts and crises. The astronauts who work there, hail from different countries that are oftentimes at conflict, but when they traverse space together and work to build a station, they put all of it behind.

This very much reveals why astronauts and their experiences have been a major object of psychological interest for White in his investigations.

White has also been speculating about the possibility of building a human civilization on Mars, but he is aware of the possibility that people who travel there would have a very hard time comprehending the fact that they would not be able to return back. A generation born on Mars may not care much about Earth, but the people who travel there from Earth could suffer from severe homesickness and depression. Also, because Mars is pretty much a barren desert-like stretch of land with no water-bodies.

White’s primary contribution to space psychology has been the Overview Effect, where he highlights the “Earth-out-of-sight” effect.  The farther away from Earth one goes, deeper would be the shift and elevation in consciousness. For it would give one the ability to look at our planet as one single entity, where borders would look artificially constructed and the barrenness of huge patches of land would alert us to one single threat that should actually instigate a deeper alarm and united response from the international community; the threat of environmental deterioration, which directly thwarts Earth’s ability to sustain life.

For it is really difficult to build life-like conditions on any other surface in the universe.