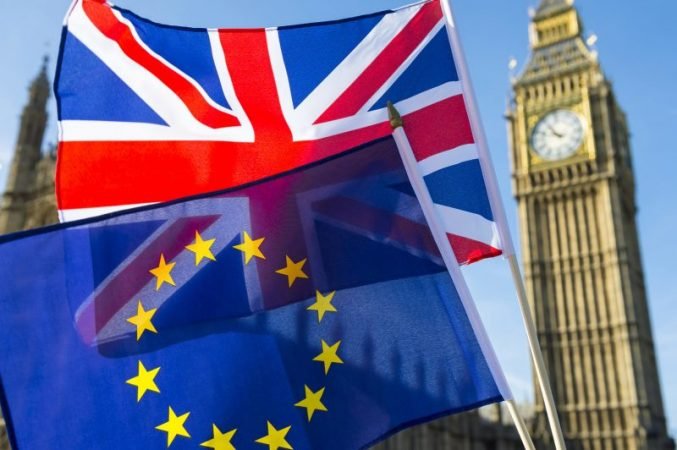 It’s the early hours of June 24, 2016 in the UK. Jenny Watson, chief of the UK Electoral Commission, officially announces that the UK has voted to leave the EU in the Referendum on the UK’s membership of the EU with 17.4 million voting to leave and 16.1 million voting to remain. The announcement is met by loud cheers in the hall where Jenny makes the announcement. But no one knows that even 4 years down line, the whole of UK and EU as well as the larger world, stares at humongous uncertainty regarding what would be the future course of the UK’s relationship with the EU with huge implications.

The UK and Mainland Europe: An Indifferent Historical Relationship

UK being not part of mainland Europe geographically, had always led to an air of aloofness (the policy of splendid isolation for example) in it although later on, it acted steadfastly on a number of occasions when its interest mattered. Due to sovereignty issues and the imperial hangover, it remained away from the post-WWII, reconstruction efforts in Europe like the European Economic Community (EEC), the predecessor of the EU and instead formed the European Free Trade Association (EFTA) in 1960 with countries like Austria, Sweden and others. But with the success of the EEC, it changed its mind and wanted to join it only to be blocked by Charles de Gaulle of France. Ultimately, it secured entry into the EEC in 1973 reaffirmed by a referendum in 1975. As per BBC, even after this, Euroscepticism in the UK remained in all walks of life especially during the time of Thatcher with the controversies over subsidies and budget contribution and ceding powers to the EEC. When the Treat of Maastricht was signed in 1992, UK opted out of the single currency and the social chapter. The Eurozone crisis further fuelled Euroscepticism and later, David Cameron promised a referendum on the UK’s membership of the EU.

Brexit? Rocky to say the least

The first casualty of the referendum was PM David Cameron resigning and Theresa May taking over. UK triggered Article 50 of the Lisbon Treaty on 29 March, 2017, starting a two-year period of negotiations to leave the EU. But then, negotiations were rocky right from the beginning over a number of issues like the Irish border, future relationship of the country with the bloc and others. She called a snap election for June 2017 but the Conservatives lost their majority and had to form a coalition government with the DUP of Northern Ireland which caused its own set of problems. After being unable to get the exit deal through due to a number of defeats in Brexit votes in the Parliament, May resigned paving the way for the rise of Boris Johnson, a stalwart of the Leave campaign. He was ultimately able to get his exit deal passed through the parliament. Negotiations on a trade deal are still going on with the EU which, however, do not look very promising.

What has the Brexit caused, one may ask herself. First of all, it has threatened the very territorial integrity of the UK. The region-wise voting statistics of the 2016 referendum showed that England and Wales had majorly voted to Leave but on the other hand, Scotland and for that matter, Northern Ireland had overwhelmingly voted to Remain. Due to this, as soon as the referendum results were announced, there was call for a second Scottish independence referendum by the SNP leader and Scottish First Minister Nicola Sturgeon which were promptly dismissed by London. But this doesn’t mean that the matter has settled and over the course of negotiations, once in a while, this demand is raised by the Scottish leaders. On the Irish front, the Brexit has put the Belfast Accords of 1998 at the danger of unraveling and the re-emergence of tensions. For the time being, the Northern Ireland Protocol has sought to avoid a hard border between both the Irelands but with the entrenched positions of Sinn Fein and the DUP, there are high chances of tensions on the Ireland question in the foreseeable future as an internal UK legislation recently threatens the protocol itself (explained below). Another interesting statistic emerging from the referendum was that the city of London had majorly voted to Remain which led to calls in some quarters for a city-state on the lines of Singapore, which, however, didn’t get much attention.

It is also of considerable importance that London has been an important world financial centre for years with the EU being one of the prime reasons for that but after Brexit, London’s and on the whole, UK’s attractiveness may significantly be reduced as an entry point to the EU and may impact the amount of FDI as well as having potential long-term negative impacts on the financial services sector.

Politically, the UK seems to be more divided than ever despite the huge majority for the Conservatives as there has been a large aggrieved minority due to the Brexit as the number of voters for Remain was 16.1 million which was only marginally lower than those who voted to Leave at 17.4 million.

The luxury of collective bargaining power which the UK had as a member of the EU will no longer be there. Though the UK on 11th September, struck a trade deal with Japan, talks with the EU stare at a stalemate, leave alone finalizing trade deals with countries which are sure to take years. It also remains to be seen what sort of effects new labour and social security regulations would have on the business environment.

If the UK stands to lose after the divorce, so does the EU. The EU has lost an important member with considerable geo-political weight which is a huge loss in itself. The UK has also been one of the biggest contributors to the EU budget. Europe will have to look elsewhere to cover the shortfall in budgetary resources which is sure to lead to bickering among the member states with regards to increased financial responsibility, especially, the relatively poorer member states.

The exit of the UK is likely to further fan the flames of Euroscepticism all over Europe. The Euroscpetic parties which already are sending a large number of Members of European Parliament (MEPs) to the European Parliament are likely to further get emboldened in their Eurosceptic agenda including calls for their respective countries to leave the EU which does not bode well for the future of the great European project.

In the long-term, there are a host of other problems which both the entities are likely to encounter.

On 9th September, the UK government unveiled the Internal Market and Finances Bill. As per the Financial Times, the Bill would give the Ministers legal powers to override the two crucial elements of the Northern Ireland Protocol (to prevent a hard border between the two Irelands) agreed to as part of the Exit deal struck with the EU. According to The Hindu, Northern Ireland will have to follow some EU trade rules and maintain a close regulatory alignment while trading with the Republic of Ireland in order to maintain a soft border between the two regions which the government now claims, it was unaware of. The government has claimed that the legislation is necessary to create a “seamless functioning” of the UK internal market. But the clauses of the legislation certainly will break international law as they would override the binding clauses of the exit deal which PM Johnson negotiated with Brussels. Thus, the trade deal being negotiated between London and Brussels has entered a stalemate. Speaking to the BBC, Thomas Byrne, Ireland’s Europe Minister, has termed the UK domestic legislation “unacceptable”. The government has, so far, refused to retract the legislation which has further added to the uncertainties as to what will happen after the December 31 deadline for negotiating a trade deal expires. The spat reached new heights on 12th September when PM Johnson accused the EU of trying to impose a “food blockade” between Britain and Northern Ireland in his column in the Daily Telegraph. The legislation has also faced backlash from inside the UK as the new legislation gives the UK government have its own subsidy control regime but the questions over state aid were devolved to the regional governments way back in the 1990s. As per the Financial Times, the Scottish and Welsh governments have called it a “power grab” which threatens the territorial integrity of the UK by accelerating its breakup. For now, both sides are strongly entrenched in their own positions with the EU united against the UK’s move and rightly so, baffled at it and the Johnson cabinet too firm on its decision.

Thus, Brexit is likely to do more harm than good to both the parties. EU might still recover from it with time but it is going to be very difficult for the UK to do the same. A respectful end to trade negotiations in the spirit of international law and the earlier agreed agreements is the need of the hour. For now, the whole of Europe and we, in the rest of the world, stare at uncertainty as no light at the end of the tunnel seems to be coming.