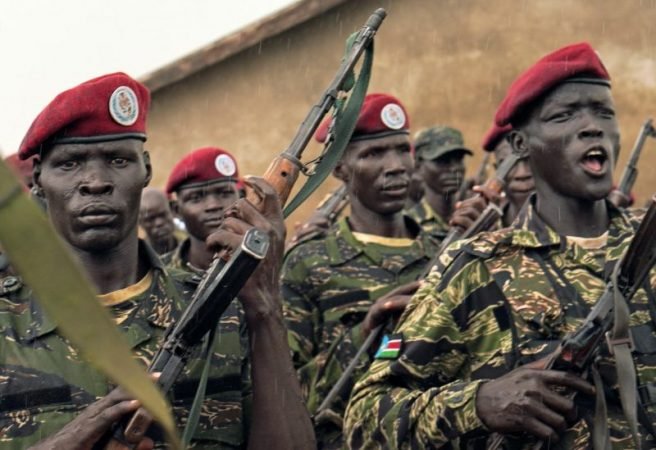 Over the last few decades, the civil-military relations in Africa has witnessed tremendous changes. In the post-independence period, there was a popular belief that the military was considered as the vanguard of modernization. Most of the institutions were fragile and polarized and were threatened by ethnic differences. In this broader context, the military was considered to be organized around core values and more modernized and were immune to the ethnic divisions. According to Dr Nelson Oppong, “perception built over time has however changed as military regimes in Sudan, Ghana and Nigeria have not been able to live up to the expectations of the local people and their performance has been equally bad”. To add further, he stated that like the civilian government, the military regime as an institution has faced various challenges. Democracy was the outcome of the resistance towards military coups which was witnessed in a large number of African countries. The nature of military coups has changed over a period of time. In terms of popularity, the coups garnered huge support from the local population in the early 1960s and 1970s, but the popularity has comparatively reduced in the last few decades. The regional organizations as well as the African Union have strongly opposed the military rule and emphasized primarily on democratization.

The nature of engagement has changed, and the military has been resorting to new ways in order to acquire the support of the masses. Leadership has been given importance but how the leadership will roll out continuous to be a challenge. The cycle of a military coup is a sign of the weakness of the military and taking into consideration the nature of the coup, it is unlikely that a coup will take place again and again. Military regimes are hierarchical in nature and the coup is the breakdown of this hierarchy. Most of the coups rise from the middle or the lower section. The success of the coup reflects the nature of the faction and the setting of the coup also witnesses the efforts to counter the coup and the failure of the coup is nothing but a reflection of the internal unrest that exists within the military setting. The revolving syndrome is said to highlight the internal challenges of the military and is not a result of the weakened democracy. As the military is the guardian of the country, its involvement in the political affairs impacts the civil-military relations, a key component in a country’s democratic system.

Majority of the African countries are dependent on external players for its development so it’s important that the “donor-host” relationship is prioritized. Islamist insurgency is a major challenge for many of the African countries, especially in the Sahel region. Western countries in these regions are working to ensure that peace and stability is maintained. The EU and USA are dominating this region and have been fighting against the terrorist groups. The internal security malfunction and lack of democracy pose a challenge to the donor community however efforts need to be made to ensure that there is stability within the region. The dominance of the donor community is said to remain, and the donor community should also continue to provide military assistance to these countries. Along with the engagement of the donor community, regional organizations continue to work for the development of the continent. AU and  ECOWAS have been consistent in countering military interventions. The objectives stated by the regional organizations clearly indicate that the military should be apolitical in nature and resist military control to ensure peace and stability.  They have been working on ensuring some kind of transitional reform. Regional organizations continue to uphold that democracy is the way for development and democratic reforms is the need of the hour. The framework of ECOWAS and AU has been effective but lacks the ability to anticipate the challenges that arise from the poor performance of the civilian regime.

Civil-Military Relations in Africa continue to be complex and there is a high possibility that a military coup will remain factional, but the nature of the coup will change. Military rule is temporary and not permanent. Democracy is the voice of the majority and keeping the military at the top will not serve the very purpose of democracy. To ensure this, the AU and other regional organizations should be given the opportunity to wake the democratic ideas within the society. In this way, it’s important that the military is kept subservient to the civilian government to ensure that peace and stability are maintained and also the development goals are achieved.