The checks & balances of urbanisation in South Asia 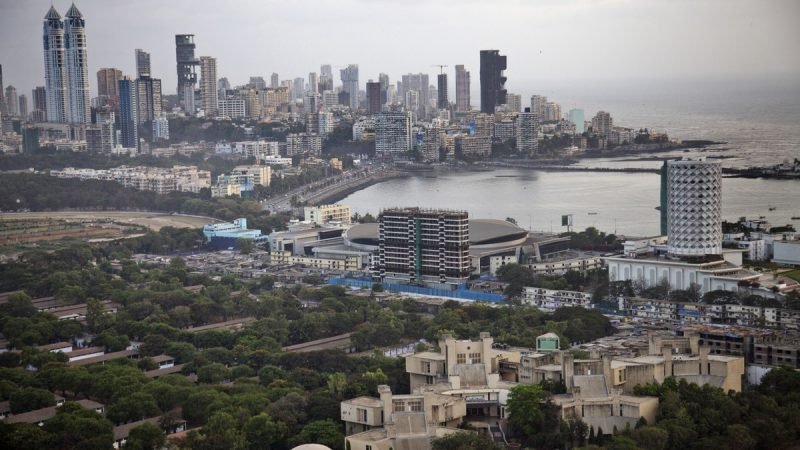 Urbanisation is mainly a transformative force which leads to a rise in GDP, a shift in the workforce from agricultural and traditional sectors to modern industries or jobs, along with an improvement in infrastructural aspects with changing demographics. With one of the fastest rates of urbanisation in the world, the Asian region has almost 34% of its population living in urban areas. When compared with the world average of 55%, this is much lower & the answer to it lies in the low per-capita income and high poverty of the region. UNESCAP study has also projected the region’s urban population to reach 50% by the year 2026. Cities are assumed to be a major driver of growth in these economies with internal migration playing an important role in their proliferation.

With a share of 14% in the total population, the South Asian region contributes only 8% of the world GDP. This is quite low when compared to East Asia and is somewhere comparable to African urbanisation trends. This is also expressed by characterising the South Asian urbanisation as haphazard and messy. What are the reasons for such stark commentary on the region’s performance and what potential it offers? This article aims to elaborate on this aspect.

The surge in the absolute numbers of urban dwellers in Asian economies is as high as 340 million by 2030 in India and China only. Even the less developed countries of the Southeast Asian region will be adding substantial numbers to its urban population which will parallelly entail several problems related to the sustenance of this urban population, development of the region as well as eliminating the side-effects of high population density.

Improving health indicators, rising literacy, increasing internal migration, increasing culture of satellite cities, pro-active focus on increasing employment by the government etc. has resulted in a boom in urban populations which are often forced to live in suboptimal & unhygienic conditions. Over 130 million people are living in slums or informal habitations in this region characterised by poor hygienic conditions, with no security of tenure & no concern for standard building norms. This also creates a huge risk on the lives of dwellers, especially children and perpetuates poverty and poor health.

The approach towards natural or man-made disasters is not preventive. There are no concerns regarding approving construction projects based on a geo-referenced map which considers the risk probability of different disasters.

The inter-country, as well as the intra-country urbanisation in the region, has a lack of uniformity. On the one hand, Singapore is a classic model for the whole world with a per capita income comparable to the western world, India, on the other hand, lies among lower-middle-income countries with stark differences observed nationwide.

On similar lines as the west, the most developed cities of the region also suffer from the problems of congestion, poor & inadequate infrastructure, unhygienic conditions, lack of basic amenities for all, unemployment, etc. For example, New Delhi, Dhaka, Mumbai, Hong-Kong, etc. are one of the leading megacities of the world and yet suffer from all these above-mentioned problems to a varied extent.

Amidst the COVID Crisis, it has also been realised that the healthcare facilities are neither sufficient nor adequate to accommodate the needs of the population during a crisis like this. Healthcare infrastructure is overburdened & was on the verge of collapse during the times when cases were at the peak. Even though the Asian countries have handled the crisis comparatively well, this success can’t be attributed to the efficiency of its healthcare infrastructure solely.

Considering the rapid rate at which the region’s population has risen in the recent past, the countries of the region have taken it upon themselves to ensure sustainable urbanisation.

In 2017, the ASEAN group hosted the 8th edition of the East Asian Summit on the theme Sustainable Cities in Thailand. In the very same year, the UN also adopted the New Urban Agenda to achieve sustainable urban development in the next two decades with the cooperation of the public and private sectors.

ASEAN has also taken into serious considerations the effect of Global Climate Change due to which it has created the ASEAN initiative on Environmentally Sustainable Cities (ESC) which focuses on Carbon Neutral Economy and responsible use of scarce resources. Climate Change has also instilled a sense of ‘3Rs – Reduce, Reuse and Recycle’ in local communities and the private sector which has innovated various means to reduce the carbon footprint. For instance, Thailand, Korea and China have introduced waste management, use of electric vehicles and non-renewable energy on a wide scale. India too has taken the initiative of setting up International Solar Alliance to garner worldwide support for the increasing use of non-renewable energy sources. This indicates a general tendency of the countries in these regions to use scarce resources responsibly and make their urban growth more sustainable.

Urbanisation often entails with it a rise in GDP and living standards of the population (on an average) & according to the World Bank, Urban Agglomerates (UAs) do contribute 80% of the GDP of this region. This highlights the potential & importance of developing these regions.

Sustainable transportation has also begun to receive huge attention in countries like India and the ASEAN group mainly with the support and investment of developed countries. India-Japan High-Speed Rail Project is a classic example of such initiatives. Similar steps have also been taken by the government of Indonesia.

The region shows a varied level of urbanisation which does not necessarily serve the purpose of comparison (Srilanka stands at 18.3% whereas India has 33% of its population urbanised) due to the varied definitions of urban areas and cities used in these countries. Moreover, the reasons for migration and key factors responsible for it vary between the countries, too. So, a one-size-fits-for-all policy won’t work for the whole region.

UNESCO in 2013 proposed some steps for Inclusion and Integration of Migrants in urban areas. It included measures like unique identity card (universal & portable so that it can be used for taking benefits of social security benefits), training and skill up-gradation of workers, provision of housing, health and food at subsidised rates, the inclusion of women migrants, financial inclusion, etc. as some of the basic & crucial steps to ensure their smooth migration & assimilation in the region. India’s Aadhaar Card and the proposed National Digital Health ID are commendable steps in this direction.

The rate of growth of the urban share in the total population has defeated all other regions. The region is also a hub of mega-cities of the world. Despite this, there is a major lack of government policies which are suitable to the needs and requirements of the residence and beneficial for the sustainable development of the region. Special emphasis should be placed on the smooth functioning of the market mechanism in these cities by encouraging private sector investment, infrastructure building which takes into account the climate change and sustainability aspect, skill development of the migrants and women workers, education opportunities for all including the children of the poorest sections of the society, health facilities which are sturdy enough to accommodate the demand of the region, etc.

This would require focus and resources to be diverted to the satellite regions as well. Development of Satellite regions as an equal contributor to the growth story will only work if the Transportation system is complementing. The key to implementation lies in decentralisation so that local governments can incorporate and introduce changes suitable to the needs and requirements of the region. In a highly diversified country like India, this holds utmost importance.

Land & Housing Policy reforms along with financing mechanisms for the housing projects to accommodate the surge in population along with sustainable habitation and construction practices is of utmost importance. As the region majorly comprises developing countries, Private sector needs to be encouraged to take up this role and deliver it efficiently which can be done by focusing on Ease of Doing Business in the country.

These reforms, if implemented through government will and support, can bring tremendous change in the prospects of the region which is the leader of the tomorrow.