The United States to open Alaskan wilderness to drilling 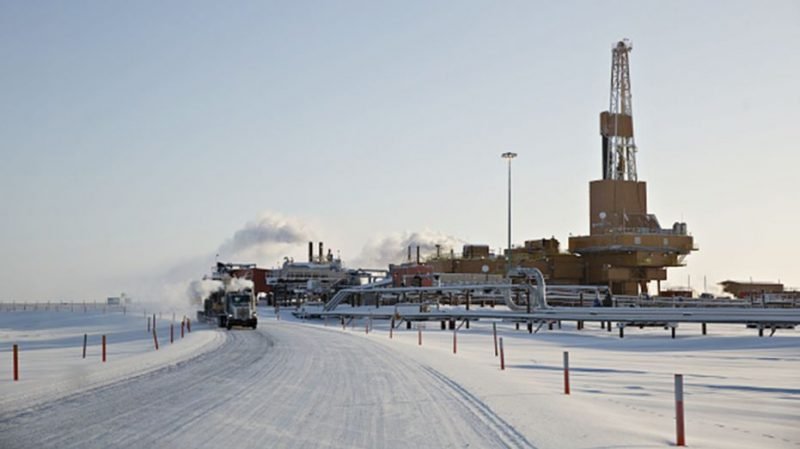 The Trump administration on Monday decided to open part of Arctic National Wildlife Refuge in Alaska to oil and gas development, a decision that met with criticism from the environmentalists. The decision overturns almost 60 years of planned protection of the region. The region is home to polar bears and caribou.

The Interior Department said on Monday that it has completed its review part and it would begin the work to open the region to drilling. Interior Department Secretary, David Bernhardt said that by the end of the year sale can be expected. The move of Mr Trump’s administration faced serious accusations by environmentalists who have battled for long to keep companies out of ANWR. Environmentalists have said that the Interior Department failed to acknowledge the impact that oil and gas development can have on wildlife and climate. They along with some Alaskan native groups are considering filing a lawsuit to block the move. Adam Kolton, Executive Director of Alaska Wilderness League said that they will together continue to fight this till the very end. He also said that any oil company that is seeking to go with its plan of drilling will face risks.

President Donald Trump of the United States has for long pushed his plan of increased drilling in the Arctic region to expand fossil fuel reserve and to give thrust to America’s energy dominance. The members of the Grand Old Party have for long considered the refuge as a source of energy ever since the administration of President Regan first thought about the drilling back in 1987. The efforts of the Republicans were thwarted by Democrats time to time until 2017 when the Republican Party managed to sail through both houses of the Congress to pass a bill that would legalize sales. Mr Trump said in an interview with Fox and Friends on Monday that ANWR was a big one that not even Ronald Regan or anybody could have done. Drilling in harsh Arctic conditions can prove to be very difficult and costly too.

The decision of President Trump remains important as he has made ANWR an important issue in his presidential campaign ahead of the upcoming US elections scheduled for November 3rd 2020. On the other hand, President Trump’s rival Joe Biden of the Democratic Party has made a national call for the protection of ANWR. Although if it is supposed that Mr Biden emerges as a winner in the presidential elections it would be difficult for him to overturn the decision once the refuge is auctioned to the oil companies. The decision of the Trump administration has been welcomed by lawmakers in Alaska as it is expected that more job opportunities will be created and it will also help in generating revenue for the state. Dan Sullivan, Republican of Alaska said that scores of Alaskans are employed in the oil industry and a significant portion of their livelihood depends on jobs created by the state.

The Arctic National Wildlife Refuge extends over 19 million acres in north-eastern Alaska. The push for drilling in in 1.5 million acres of plain contains the largest reserve of oil that remains untapped in North America. Those who are opposing the decision argue that drilling could severely impact wildlife including the polar bears and caribou. Kristen Monsell, a senior attorney with the Centre for Biological Diversity said that it is not a really good time to open up ANWR to drilling. In 2017 the bill that was passed by both houses of the Congress authorised the Interior Department to outline a plan to sell the coastal plain. Under the plan, it was expected that the agency should be able to sell at least two of 400000 acres by the end of 2024. The final environmental impact statement that was released by the Interior Department in September 2017 recommended that drilling could be allowed in 1.5 million acres of the coastal plain. Although the agency said that the activities that were in line with oil development could harm the wildlife but there were ways of averting the damage. Environmentalists criticized the report that was presented by the Interior Department saying that it was based on old data and did not address new problems. For example, it was argued that the environmental impact statement did not address as to how many polar bears would be killed due to drilling or harmed due to exploitation in the coastal plain.

There is a lot of uncertainty as to how many companies will participate in the bidding. It is also unclear as to how much revenue will be generated. Already an estimate by the Trump administration that 1.3 billion dollar revenue will be generated has been reduced to half. Another factor that complicates the entire situation is how much oil is there under the coastal plains. Therefore with regard to pushing to open the Arctic National Wildlife Refuge in Alaska to drilling, how the events unfold in the coming months remains important to see.