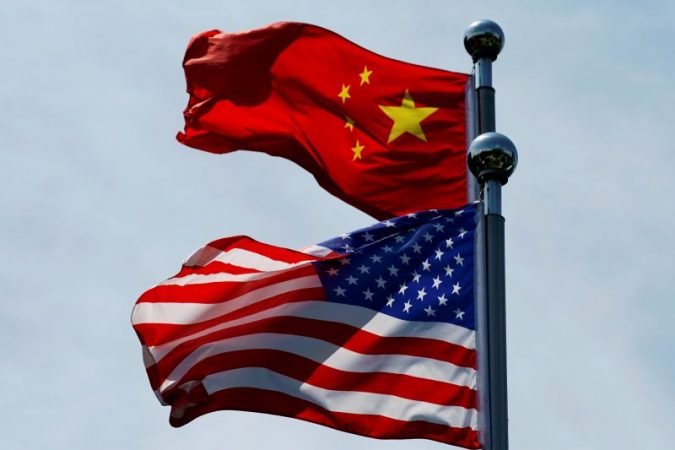 A research paper titled ‘Trade Liberalisation and Chinese Students in US Higher Education’ suggests that trade wars could cost US Universities around $1.15 billion in tuition revenue. Very recently USA has given 90 days ultimatum to Chinese giant, ByteDance, a multinational Internet Technology Company, to divest its US Tiktok operations. Apart from this, Trump administration has added dozen of Chinese companies to economic blacklist citing US national security concerns. All these are the current trade war realities between the 2 leading powers of the world. Being at the helm of international affairs, instead of dealing collectively with the pandemic, the rivalry between the two largest economies (the USA and China) has claimed international news headlines, first, with Trade war before the advent COVID-19, and then with tit-for-tat blame game regarding the origin of Coronavirus. This article tries to explore the ongoing crisis in international politics, the genesis of US-China Trade war and where their relations are heading.

It remains quite paradoxical that very essence of US socio-economic structural framework which is based on Democratic Capitalism is arguably dependent (albeit certain sectors) on a Communist socio-political structured nation, China. Chinese politico-economic model is sui generis. Its unprecedented rise from slumber, acknowledgement by the world community as a manufacturing heavyweight (2001 WTO accession) and its position today where it is posed to challenge US superiority in almost every sector (except military) be it artificial intelligence, space technology, telecommunication, thriving gaming network etc., is in part, fuelled by the USA itself. In a bid to expand the capitalist network and to ensure extreme prosperity, US entrepreneurs started shifting their manufacturing base to cheap labour and relatively stable markets such as China, Mexico, Brazil etc. It was fuelled by three-factor, that are, maturity level of US industries to the point where innovation was less a competitive factor than the low cost, Deng Xiaoping’s transformational economic reforms and Chinese huge thriving market with cheap low skilled labour. These factors charmed the US to bring Chinese into an international trading regime with a tripartite objective. These were, gaining fruits from a thriving economy and huge market, change in the Chinese political system moving towards Democracy and putting to rest the claim of Chinese revisionist strength.

US President Bill Clinton said in 2001, “Today the House of Representatives has taken a historic step towards continued prosperity in America, reform in China and peace in the world… it will open new doors of trade for America and new hope for change in China.” This statement of extreme optimism and risky action fuelled by western traditional state evolutionary theory, turned upside down when frightened USA opposed what was agreed under section-15 of Chinese Instrument of accession to WTO in 2001 which said ‘country’s upgrade as the market economy is automatic after completion of 15 years of its WTO membership. Assumption based on the lines of Russian perestroika and Glasnost, USA expected that economically well off Chinese middle class would overthrow the Communist political system and would welcome Democracy with both hands. But far from US expectation, China in 2016 was a well-recognised economic superpower with GDP next only to the USA (it was ranked 6th when it joined WTO) with an ambition to rule information technology revolution, had a thriving space program and was a global bidder for upcoming 5G technology. In the strategic domain, China under Xi Jinping leadership has embarked to revive the ancient Silk Road Initiative in a new version named ‘Belt and Road Initiative’ with trans-continental land and sea route connectivity.

The genesis of the trade war

Two decades down the line (2001: Chinese accession to WTO), USA’s socio-economic prosperity to some extent, arguably, dependent on Chinese thriving manufacturing base. This is evident by the fact that bilateral trade between two giants in 2019 was almost US$560 billion out of which Chinese goods export to the United States amounted to 452 billion US dollars and US exports were 106 billion US dollars.

Having discussed the structural economic dynamics and their respective position in global power politics, let’s dwell upon the origin of trade war. It all started with Donald Trump election campaign claim to reduce whooping more than 350 billion US dollar trade deficit when elected to power. On the pretext of Chinese unfair trading practise such as intellectual property theft, forced technology transfer, lack of market access to American companies in China and unlevel playing field caused by Chinese subsidies to select domestic companies, USA imposed 25 per cent tariff on 50 billion US dollar imports from China mainly on transport and electronic goods. This prompted China to impose a retaliatory tariff on imports from the USA mainly on agriculture, beef and dairy products. 4 months down the line, the US increased tariff on some 250 billion US dollars and announced a plan for third round of increase before the first phase of China-US Trade Deal in January 2020 was materialised. This was happening in the midst of global market unrest fuelled by events such as US unilateral withdrawal from JCPOA, standoff between the United States and Turkey (a NATO ally), the downfall of crude oil prices after bombing of Saudi Armaco oil processing facility at Abqaiq and khurais. All these flow of events, as well as the global economy, came to a standstill with the advent of Novel Coronavirus. Now the stage is all set and the only player, COVID-19, is running the show.

It is frightening to recon that almost a century back, after 1st world war, this trade war with tit-for-tat tariff was one of the causes leading to The Great Economic Depression of 1929, still, this historic evidence of ensuing catastrophe of such a practice have not bothered powers to indulge in economic power politics.

According to, the U.S.-China Business Council 2019 report, over 80 percent of U.S. companies got affected and about 50 percent reported lost sales — ceding market share to foreign competitors, disruption and uncertainty in the supply chain, fluctuation in diplomatic ties. Coronavirus pandemic would further exacerbate the crisis. The likely fallout is based on two factors, the Chinese huge consumer base and rising production cost. This would further the bifurcation of investment strategy allowing divestment of export-focus operation from China. As discussed above regarding the U.S. companies’ manufacturing base in China, it is becoming increasingly untenable for them to continue losing out. As per U.S.-India Strategic and Partnership Forum (USISPF), some 200 U.S.-based companies are seeking to move their manufacturing base from China to India. For instance, a giant, Apple’s iPhone manufacturer Wistron and Foxconn will now shift 20 percent of production from China to India.

In addition to the trade war, U.S. unilateral actions and its unwillingness to remain a ‘global policeman’ and at the same time Chinese resolve for tit-for-tat retaliation may risk the situation to spill over and enter the diplomatic and political realm. We have already been experiencing that in the form of strained diplomatic ties on the question of expulsion of U.S. journalists from China, Chinese assertion in its periphery (up the ante in the South China Sea, border issues at Line of Actual Control with India) and Chinese unruly attitude towards her economic partners on the question of investigation over the origin of coronavirus. Talk in the expert community is gathering pace of new Cold War dynamics. Latest in the list of President Trump’s rhetoric is cutting o completely its relationship with China. He has already frozen the funding of WHO and has accused the organisation of possible collusion with China. Scholars are not hesitating to link all these unilateral steps amid pandemic, to diversionary tactics in order to cover up his failure on coronavirus handling in the U.S. Much now depends on the upcoming Presidential elections where Democrat Presidential nominee and former Vice- President Joe Biden is ready to battle the incumbent.

US and China met in January 2020 to negotiate a trade deal to break the current impasse. A trade deal was reached under which China agreed to boost US imports by $200 bn above 2017 levels and the US agreed to halve some of the new tariffs it has imposed on Chinese products. As per a report US and Chinese trade representatives to meet soon to review their phase 1 of the Trade deal. At current phase of International politics which is marked by economic globalisation and political power play, the rivalry between China and USA and their tit-for-tat retaliatory posture, gives legitimacy to the fact that both are now a global competitor and are competing at equal footing. Hence, it can be assumed safely that we are currently in the midst of the transitional phase of the global system. It will be interesting to keep a close watch on the US presidential election and President elect’s rhetoric on China question.