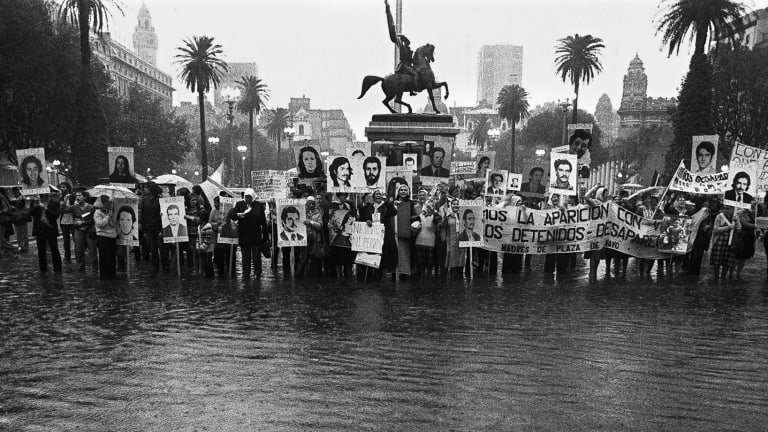 From the beginning of the Cold War in the 1950s to the end in the 1990’s, Latin America was a stage wherein the ideological rivalry between the United States and the United Soviet Socialist Republic was unfolded. The intense competition between the two big powers of the 20th century had influenced the political, economic and civil society of the South American region. The U.S policy of communism free American continent was challenged by many countries in the region such as Cuba, Chile, Guatemala and Nicaragua. Washington’s anti-Communist policy has triggered a series of governmental re-wiring on the continent of South America that paved the way for revolutions and movements throughout the region.

Though the policies the U.S government carried out was significantly based on the concept of ideological contention, there were many circumstances where the U.S intervention did not involve based on a threat from the Soviet Union. The political interventions in Guatemala and Cuba by the U.S government in the name of containing Soviet influence in the continent were in reality against the will of citizens of those countries. The pro-government foreign policy approach carried out by the U.S, have generated a popular resentment in Cuba, which continues even in the contemporary period.

The revolutions and military coups are a continuing saga of Latin American history. During the Cold War times this society has undergone several such revolutions and anti- Government protests and these unrests were characterized in the larger context as the ideological contention. The US diplomats were worried about the Soviet Union’s increasing impact on the countries of Latin America when the anti-government uprisings acquire the characteristics of pro-Marxism. They have started to overtly and covertly intervene in these countries civil affairs.

In 1944, through the Guatemalan revolution, the dictatorship of Jorge Ubico was overthrown. In 1950, Jacobo Arbenz Guzman, a liberal leader was elected as President through Guatemala’s first democratic election. The left-leaning, revolutionary reform policies carried out by the Arbenz government soon challenged the “United Fruit Company”, an American company which gained huge profits by utilizing the Guatemalan labour services and banana exports. The reform approaches cautioned the U.S policymakers and led them to conspire to initiate a revolution in Guatemala which expelled the Arbenz government in 1954.

The most dramatic revolution which inspired many Latin American revolutionaries to fight against the state tyranny happened with the Cuban revolution. The revolution began when the former Army Sergeant Fulgencio Batista, who was President from 1940-1944, seized power in 1952 by cancelling the election when he realized that he was not going to win the elections. In July 1953, Fidel Castro, a rising political figure who had a lot of stakes on his political carrier if the elections were carried out in 1952, together with 138 men attacked the military barracks of Santiago de Cuba, in order to obtain weapons for the coming revolution. The attacks carried out by “July 26 movement” did not succeed and many revolutionaries were caught by the Batista military. The July 26th movement regrouped in Mexico including Argentinian doctor Ernesto Che Guevara and Cuban exile Camilo Cienfuegos. The group succeeds in capturing the Central Highlands and the success inspired the other rebel groups in other parts to pursue antigovernment protests. In 1959, the revolutionaries under the leadership of Castro succeeded in expelling Batista thereby culminating the Cuban revolution.

Chile was a peaceful state in the 1960’s. In 1970, Salvador Allende, world’s first Marxist President was elected in Chile. The leftist government was principled on Socialism and Marxism. Washington grew weary about Chile’s political reform under the Socialist President Augusto Allende. Politicians in the U.S feared that under the ‘Social Revolution’ the nationalization of steel, copper and banks would set up a Communist regime in the American continent. Washington used its influence to boycott loans for Chile in financial institutions such as the IDB and the World Bank, which placed the nation under economic pressure. General Augusto Pinochet ousted President Allende by occupying the Presidential Palace of Moneda in 1973. After the coup Gen. Pinochet’s dictatorship started in Chile with the aid of the United States.

Between1933 to1979 the dynastic rule of the ‘Somoza’ family continued in Nicaragua, assisted by the U.S government. The revolution against the dictatorship of Somoza was inspired by the Sandinistas from the Cuban Revolution. The Venezuelan and Cuban government supported the rebels, while their appeal to the Soviet Union for arms was refused on the grounds of avoiding offending the US government. Sandinista’s toppled the Somoza dictatorship in 1979 and Daniel Ortega was elected as President.

Similar revolution have taken place in El- Salvador as well and the Washington- Moscow ideological contention is visible from their intervention in this revolution. The Civil war in 1980 in El- Salvador was a bloody revolution which killed more than 75000 citizens. The civil war between the Salvadorian government and the revolutionaries- Farabundo Marti Liberation Front (FMLN), lasted for more than a decade. The FMLN were supported by Cuba and Mexico whereas the government was backed by the U.S. The Salvadorian army in support of the Right-wing government killed its own civilians and violated their human rights. In 1979 with the assassination of Arch Bishop of San Salvador Oscar Romero captured global attention towards the civil war. Following this incident, France and Mexico recognized the FMLN as a political entity. In 1986, Jose Napoleon Duarte, the first civilian President of El- Salvador, negotiated with FMLN for a settlement but that attempt failed. In 1991, FMLN was recognized as a political party by the government and both the parties signed a UN peace accord, ending the decade long civil war.

The American involvement in Latin America

The popular political movements and revolutions in Latin America had always been under Washington’s scrutiny.  During the Cold War, the political and economic tensions between the U.S. and the Soviet Union shaped Latin American political society. Named as ‘Operation Condor’, the political crackdown of revolutionary organizations and guerrilla groups on the continent was backed by the North American superpower.

The major Washington political figures like President Richard Nixon, President Jimmy Carter, and Secretary of State Henry Kissinger were involved in Latin America’s political chaos. Throughout the Cold War, the ‘Nixon-Kissinger’ alliance strongly impacted the relationship between the United States- Latin America foreign policies. The U.S. declassified documents on the killings and abuses under Pinochet’s reign in Chile show the extent of U.S. knowledge of what was happening under Operation Condor in the ‘Southern Cone’. The declassified document also exposes the assistance that President Nixon and secretary of state Kissinger provided for the 1973 military coup in Chile.

During their Cold War feud with the Soviet Union, the United States has, directly and indirectly, supported the Latin American continent’s military dictatorships. The current unrest and mass movements across the continent have deep ties in its political past. The continuing political instability and widespread government corruption throughout Latin America and the deep-rooted historical roots continue to affect the society and the people.