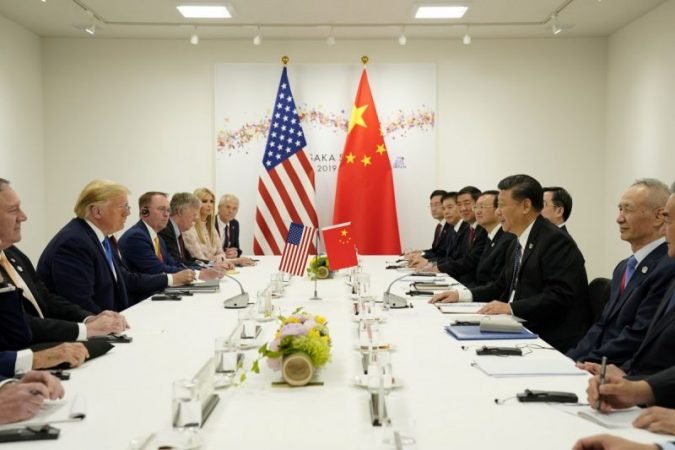 As the ensuing great power rivalry between USA and China is gaining more traction, china is becoming quite particular about any voice against their domestic excesses. Also, as China gains more power and influence, the USA, along with its western liberal gang, is becoming more vocal in its criticism of Chinese conduct in these restive regions. In this piece, I have tried to bring forth the issues involved with these regions, their domestic complexities and diplomatic leverage it provides to other major powers in order to grill China. It also looks into historical aspects of the region and their strained relationship with mainland China.

Since the communist takeover of mainland China under the leadership of Mao Zedong, holding territorial stretch together have been a Himalayan task for China but the authoritative nature of their Political structure has enabled them to manage the affairs often with repressive tactics. Xinjiang Autonomous Region in Northwest China constitute one-sixth of Chinese landmass, originally inhabited by Turkic speaking minority ethnic group, Uyghur got acquaintance with Islam in 10th century AD and by 16th century AD, most Uyghur identified themself as Muslims.

Xinjiang borders eight countries including India, Pakistan and Russia. Culturally distinct, ethnically alien and religiously ostracized, Uyghur identifies themselves more aligned to Central Asian nations. Once a part of the famous ancient Silk Road with a thriving trading post and strategically important, Kashgar city, Xinjiang is now a restive place, an epitome of Chinese state repression. At the heart of the problem lies economic, cultural and ethnic complexities. Although the Chinese constitution officially recognizes five religions, the member of the communist party of China must accept atheism to be in government. With the economic and cultural growth of China, Xinjiang also flourished attracting dominant and qualified Han Chinese from eastern provinces. This cast a shadow on Uyghur cultural existence as over the period of time demographic transition has taken place and almost 40% of Xinjiang’s population constitutes Han Chinese. Fear of separatist tendency in Xinjiang especially after the collapse of the Soviet Union and the emergence of Central Asian nations and dominance of influential (Han Chinese) community induced government to give serious attention to the region in order to curtail separatist tendency, Islamic fundamentalism and political unrest in Xinjiang. In order to achieve the said aims the Chinese government took a number of measures. These were clamped down on peaceful expression of cultural identity, banning Muslim civil servants from fasting during the holy month of Ramadan. Large scale ethnic rioting has intensified since the 2008 Beijing Olympics. As per reports, China has detained more than a million Muslims in re-education camp calling it a vocational training centre with no recourse to justice. Movement of foreign journalists and the right group’s members are strictly regulated. The fundamental aim of Chinese Communist Party in Xinjiang seems to curtail any expression of Islam as extremism, legitimising the official communist atheist diktat in detention camps and to promote dominant Han Chinese in socio-political and economic life.

Taiwan, formally known as Formosa, was under Japanese occupation after the defeat of China in 1st Sino-Japanese war 1895, up till the end of Second World War. The civil war in China and the subsequent establishment of Communist Government forced the nationalist Kuomintang under Chang-kai-shek to establish the Republic of China (ROC) at Taiwanese island in 1949. Over the period of time, Communist China maintained that Taiwan is part of Mainland China until it offered, in the 1980s, ‘One China Two system’ where Taiwan would gain more autonomy if accept the reunification, offer rejected. As Chinese influence increased it propagated ‘One China Policy’ for the outside world. Often the democratic election and subsequent governments have been a cause worry for China. Present Democratic progressive party under Ms Tsai Ing-Wen is in favour of independence from China. China has used its economic clout to force its commercial partners to recognize its ‘One China Policy’. Currently, 15 countries (mostly small islands) recognise Taiwan and have diplomatic relationship with them. China wishes to amalgamate Taiwan within PRC and Taiwan see itself more than a province and close to a sovereign state. That’s were contestation lies.

Hong Kong, formally a British Colony, became a part of China in 1997 and being governed under the principle of “one country, two systems”. Under this principle, 50 years of economic and social autonomy has been granted to Hong Kong. Hong Kong is the epitome of western liberal, free and open society within an authoritatively controlled communist China. It is said to be an economic powerhouse with thriving business connections and high technology industries. Hong Kong people are quite particular and very sensitive to their freedom and independence. Last year, triggered by an extradition law passed by communist China, a democracy protest rocked the city and shook the higher political echelon. Very recently China passed a New National Security Law, effectively, altering the special status granted to Hong Kong under 1997 transition.

In the South China Sea, China claims almost 90% of SCS waters on the basis of 1940s map that demarcated Nine-Dash Line as Chinese legitimate territory and the islands lying within these territories. This has made the region contentious as this claim infringes upon the littoral countries like Philippines, Vietnam, Brunei, Malaysia etc. major bone of contention is Spratly and Paracel Island. China had rejected the Permanent Court of Arbitration’s ruling against their claim and are now often seen in these territories with their naval warships.

China has maintained very tight control over all these territories and are vehemently defending their claims owing to their enhanced global stature. However, other major powers in the system have not shied away from grilling China over these issues. Let us now examine the USA’s response to these thorny issues and how far these issues give fodder to diplomatic tension in their relationship.

2016, Magnitsky Human Right Accountability Act allows the USA to impose Human Rights penalties against foreign officials.  Recently, the USA has imposed sanctions against higher officials of the Chinese Communist Party over human rights abuse against Muslim Uyghur minority under this 2016 Act. Over the recent few months, Trump administration criticised Beijing’s mass detention of Uyghur and other ethnic minorities. Secretary of State Mike Pompeo said recently that “the United States will not stand idly by as the CCP carries out human rights abuses targeting Uyghur, ethnic Kazakhs and member of other minority groups in Xinjiang.”

The USA has been one of the important and only allies of Taiwan post 2nd World War. This came to an end when USA tried to balance its relationship with growing China by withdrawing US diplomatic recognition to Taiwan and passing ‘Taiwan Relations Act’ under which supply of defensive weapons was assured expressing ‘grave concern’ of any attack by China. In 2016, Taiwanese President Dr Tsai-Ing wen made a congratulatory telephone call to President-elect Donal Trump first time since 1979 garnering regional and international media attention. Recently in May, Secretary Pompeo twitted “Congratulations to Dr Tsai Ing-wen on the commencement of your second-term as Taiwan’s President.” Taiwan’s exclusion from WHO attracted US accusation as Secretary Pompeo was quoted saying “I understand that Dr Tedros’ unusually close ties to Beijing started long before this current pandemic and that’s deeply troubling.” Last month US State Department approved the sale of $180 million in military equipment. State Department in a statement said that “The recipient will use the enhanced capability as a deterrent to regional threats and strengthen homeland defence.”

US relations with mainland China is different from that of Hong Kong which is governed by the United States Hong Kong Policy Act of 1992. Under the act, Hong Kong enjoys a liberalised regime as in lower trade tariffs and a separate customs and immigration designation. This act was amended, amidst city-wide pro-democracy demonstration,  by Hong Kong Human Rights and Democracy Act of 2019 under which annual certification by US Secretary of State is required to assure that it enjoys significant autonomy and warrants special status. Very recently, owing to Chinese New National Security law, Secretary Pompeo twitted that “Today, I reported to Congress that Hong Kong is no longer autonomous from China, given facts on the ground. The United States stands with the people of Hong Kong.”

US response to Chinese aggression in the South China Sea has been most escalatory as pacific is the region where US active military and defence assets are deployed. US Nuclear Powers aircraft carrier- USS Theodore Roosevelt has been conducting the so-called Freedom of Navigation operation in SCS. Very recently Secretary Pompeo said in a statement, “we are making clear. Beijing’s claims to offshore resources across most of the South China Sea are completely unlawful as is its campaign of bullying to control them.”

Hence, most of these issues have been embroiled in the great power contestation whereby neither of the parties are willing to defect. This shows their resolve to take on each other and maintain the balance of power. However, China, after initial mishandling of the coronavirus and early resolution from it, has launched its aggressive offensive at its periphery including in South China Sea, Bhutan, Line of Actual Control (LAC) etc. which is a cause of worry.