Strategic Depth, American Withdrawal from Afghanistan and its Implications 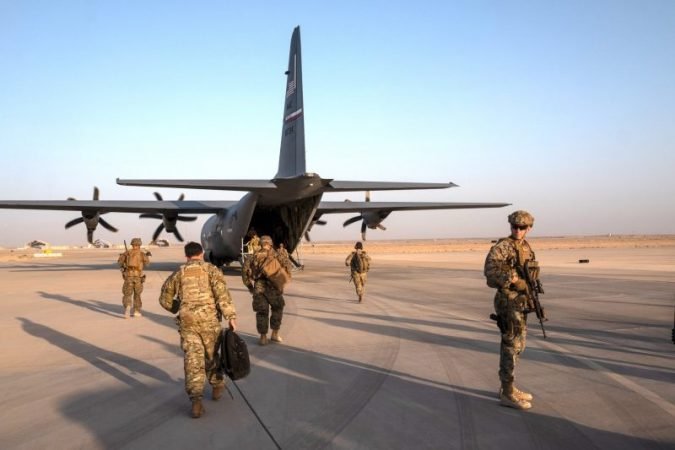 Located between the Indian Subcontinent and the Central Asian region, Afghanistan is one of the earliest nation-states that came into being in the broader region. Despite this, the nation has been marred with conflict and confrontation as a consequence of foreign interference and interests within its borders. The 19th-century Great Game is a testament to the political and military tussle between the British Empire and Czarist Russia that took place on the territory of present-day Afghanistan. The 1979 Soviet Invasion that occurred during the Cold War and the American support to Taliban which led to the 1989 soviet pullback add to the geopolitical relevance of the state. The geopolitical and strategic significance of Afghanistan, and the question to who governs the state can be ascertained from the ongoing “War on terror” and the fact that it is the longest military engagement of the United States since its inception, and is now in its 20th year.

Afghanistan is thus, correctly regarded by many as the “Graveyard of Empires”. As huge empires came and fought for the same and failed, be it the British, the Russians, or the Americans in the current context who are negotiating with the Taliban for a pullback. Yet, there has been just a single nation in the history of this state which has been able to exert partial, if not complete influence over the actions of those who govern it, and that state is the Islamic Republic of Pakistan. The Relationship between the two nations hasn’t always been rosy as Afghanistan was the only state against the admission of Pakistan into the UN as it did not recognise the Durand Line which forms the border between the two states and divides ethnic Pashtuns on both sides of the border. The control which the Pakistani state and military have over the Afghan polity and government are chiefly a result of its policy of strategic depth.

The genesis and the need for a Pakistani strategic depth can be traced back to the 1980s when the Pakistanis along with their support to the Mujahideen in Afghanistan were formulating to respond to an Indian strike and encirclement on both eastern and western fronts by India and the Soviet Union. The policy calls for an Afghan polity which is subservient to the Pak Fauj and in the case of a conventional war with India, provides Pakistan with territorial depth deep inside Afghanistan to regroup, muster support and retaliate. The Pakistani support to the Afghan Taliban and its affiliates is a testament to the same policy through which the Fauj has reinforced its control over the Afghan polity and contained Indian influence in Afghanistan. Though the introduction of nuclear weapons in the subcontinent is associated with the nullification of the policy of strategic depth, the Fauj under successive generals has continued to demonstrate its will to exert its influence in Afghanistan and continues to do so till this day.

And though the strategic viability of the strategic depth with respect to India is debatable and almost null, the policy has helped Pakistan gain more ground in Afghan polity and ensure its interests are taken into consideration and India is kept out during the crucial Afghan peace negotiations and Intra-Afghan talks. Pakistan’s role to bring the Taliban to the negotiating table with the Americans is well known, and there’s no way that the Pak Fauj which has invested so much over these decades and lost innumerable lives will vanquish its influence and hard-earned gains in Afghanistan. Pakistani support to the former Afghan CEO is well known which in the recent presidential elections resulted in his faction’s unacceptance of results and both him and President Ashraf Ghani taking Presidential oaths on the same day separately.

The Doha Agreement and the United States’ Withdrawal

The February 29th Doha Agreement between the Taliban and the United States, which is regarded as the United States’ submission to the Taliban in this long-blown conflict is supposed to pave the way for the withdrawal of US and coalition forces from Afghanistan by early 2021. However, the agreement which is based upon the Taliban’s acceptance of the US demand to not let any group use the Afghan soil to wage war against the US and its allies is heavily critiqued inside the US, as well as the world. The negotiations to this agreement did not include the legitimate Afghan government and is heavily regarded as an attempt by President Trump to have a re-election in the 2020 elections.

The agreement has resulted in an emboldened Taliban, which now is not afraid of US airstrikes and can carry disproportionate violence against the Afghan government whom they perceive as illegitimate. Further, the possibility of successful inter- afghan talks is far-off at the moment, and the agreement can not be regarded as a peace deal as it does not ensure the end of hostilities in Afghanistan. Added to the this, “Taliban’s commitment to the deal and its adherence to the same are questionable” as per Ambassador Hussain Haqqani, as “ the Taliban are not a pragmatic actor and are instead guided by their own ideology and belief systems which in the past aligned them to al-Qaeda and other terror outfits.”

On the question of the United States’ withdrawal from the nation, Ambassador Haqqani calls out a lack of strategic thinking inside the Trump Administration and the loss of American interest in fighting the prolonged war in Afghanistan. Strategic thinkers, former generals and politicians in the US have questioned and criticised the American troop withdrawal from Afghanistan and have called it a “strategic mistake.” An American troop withdrawal besides being a strategic mistake will eventually result into a vacuum in Afghanistan which will as an implication result in greater involvement of foreign powers. Amongst those, Russia, China and India are regarded as the chief contenders, plus an enforced Pakistani influence over the Afghan polity.

The implications of the US withdrawal and the New Great Game

The vacuum created by the American withdrawal will indeed result in new foreign actors rushing up to take its place. The recent New York Times report about the Russian bounties in Afghanistan to kill American troops is just the beginning of what’s coming in the future. Under an even more nationalistic President Putin who is now involved in a number of conflicts like Syria and Libya and is gaining strategically, it would be foolish to think that he wouldn’t be interested in interfering in Afghanistan to annoy the west and enlarge his sphere of influence.

China, already Afghanistan’s largest trading partner is supposed by many to eventually have a greater influence in Afghanistan economically and politically separate from its ally, Pakistan. However, given the closeness of the Pakistanis and the Chinese, it is unlikely that they’d like to have leverage separate from their relationship with the Pakistanis. They will work in tandem with their Pakistani counterparts in the future and gain economically from their engagement with Kabul. The flexibility that the Chinese offer to engage with partners – both state and non-state (including Taliban), coupled with its alliance with the Pakistanis will actually benefit the Chinese and won’t require any military engagement or deployment from Beijing.

India’s involvement in Afghanistan has been strictly restricted to economic assistance, infrastructural projects, capacity building and training of the Afghan National Army at its military academies and some trade. Despite its interests, India remains the only nation which hasn’t initiated talks with the Taliban. Dr Dawood Azami from BBC Pashto traces Indian reluctance to indulge with the Taliban to its earlier support of the Northern Alliance and support to the government of President Ashraf Ghani. Indian policymakers face a conundrum to either negotiate with the Taliban and provide legitimacy to them or annoy the current Afghan government. As per Dr Azami, there are doubts within the Indian policymaking circles regarding their ability to influence a Taliban which is supported by and heavily under Pakistan Army’s control. However, things are changing fast on the ground, and since every other regional player is engaging with the Taliban, India should not stay away from the same.

In my assessment, the Strategic Depth which the Pakistani military establishment dreamt of and worked on has done more harm to the Pakistanis than good. Of course, they have been successful in keeping India out of Afghanistan to a larger extent and deterring any Indian deployment on Afghan soil; the cost that they have paid for the same is very high. The Doha Agreement is also an embodiment of the Pakistan Army’s fatigue after fighting and being militarily involved in Afghanistan for so long. They’ve incurred a sunken cost in Afghanistan economically, militarily and in the form of causalities within Pakistan and wish to gain a political hold over the Afghan polity. However, now when the return of Taliban is almost certain, this strategic depth will affect the Pakistanis too and have implications through a Reverse Strategic Depth, as years of harbouring Taliban inside Pakistan and their coming to power in Afghanistan will see a rise in violence and claims to power of the Tehrik-i-Taliban Pakistan (TTP).

As far as India is considered, its deliverables to Afghanistan in the form of economic trade and much needed infrastructural grants and loans are something that the Pakistanis cannot provide. Hence it is unlikely that the Indian engagement with the Afghan government will end anytime soon and it is in any Afghan government’s interest to increase its engagement with India for its economic recovery. However, since the Taliban’s return to power is almost certain, it is in India’s strategic interest to negotiate with the Taliban. Its support for an Afghan-owned and Afghan-led peace process though look good on paper and may garner praises from the current Afghan government, but in reality, remain a far off possibility considering the current situation of the Intra-Afghan talks and Afghan Government’s inherent desire to make the coalition forces stay in Afghanistan. Thus, it is essential and in India’s interests to engage with the Taliban.