Thailand’s Monarchy and Covid-19: An Analysis 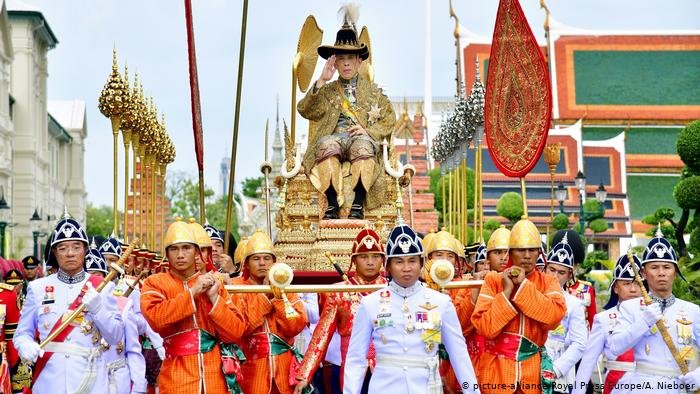 Thailand has been by far victorious in containing Covid-19. Ironically its economy is on a serious downturn despite keeping at bay, the worst-case pandemic scenario. With analysts and International Organisations predicting the worst for the developing world, predictions of Thailand are the most worry-some. According to the Bank of Thailand, the economy will shrink by 8.1% worse than any other country in developing Asia. This is by far the biggest plunge for the economy, far worse than the Asian Financial Crisis two decades ago.

The first reason for the deep slump can be associated with the income that the country gets through tourism. Around 15% of the country’s income comes in the account of the country’s high number of tourist inflow. Shutting borders, emergency measures and lockdowns imposed worldwide can be detrimental to a country that depends on tourism for a major chunk of its income. The aftereffects of the crisis can be equally damaging, with changed travel interests of tourists. Thailand’s tourism body also predicted an 80% slump in the arrival of tourists after the pandemic. Last year, Thailand saw a tourist turnover of 39.8 Million whose spending accounted for 11% of the country’s income. Secondly, Thailand being a country heavily dependent on Exports and International Trade that accounts for almost more than 2/3rd of the economy is in deep distress. The problem is just further aggravated by the outbreak, pushing the country to a heavy snag.

Night curfews, extended lockdowns and lessened economic activity have immensely impacted businesses which resulted in decreased demands and private consumption. Thailand’s rulers have been reluctant to bring in any big measure for the country, apart from stimulus packages to boost the economy. The government issued three tranches of stimulus packages to curb the economic crisis, starting 4th March. Phase one of the stimulus package came on 4th March, worth 100 Billion Baht ($3.2Billion) aimed at providing financial assistance to SMEs (Small and Medium Enterprises), as well as cash handouts and tax relief. Phase two, which was launched on March 24 was valued at 117 Billion Baht ($3.5 Billion) which was focused on enhancing the subsidies provided in the first tranche.

Thailand’s Monarchy and the government have always been reluctant and risk-averse, as a result of which they often fail proper policy implementations and economic interventions. The World Bank in a statement quantified the increase of Poverty in the country as the economy is slowing down. The World Economic Forum, in its report on Thailand also clearly mentions the key factors contributing to the Country’s economic downturn as Government Instability, Inefficient Government Bureaucracy and Policy Instability in the country. Categorized as a Constitutional Monarchy, Thailand fails in fronts corresponding to leadership and Governance in the country. Monarchy gives less room for the country to embark upon challenging policies for challenging solutions.

Manufacturing exports declined by 6 percent in the same period, with electronics exports hardest hit. Thailand’s strong currency, which has appreciated by 8.9 percent since last year, making the baht the strongest it has been in six years, has also impacted international tourism and merchandise exports, said the World Bank. It also said that “Boosting productivity will be a critical part of Thailand’s long-term structural reform”, increasing productivity, particularly of manufacturing firms, will depend on increasing competition and openness to foreign direct investments, and improving skills. Abolishment of constrains on Firms entering the country, lifting restrictive laws and implementing new laws with respect to the treatment of goods in the market can yield critical results to the country’s outlook, said the World Bank.