COVID-19 and the Cracks in the Chinese model 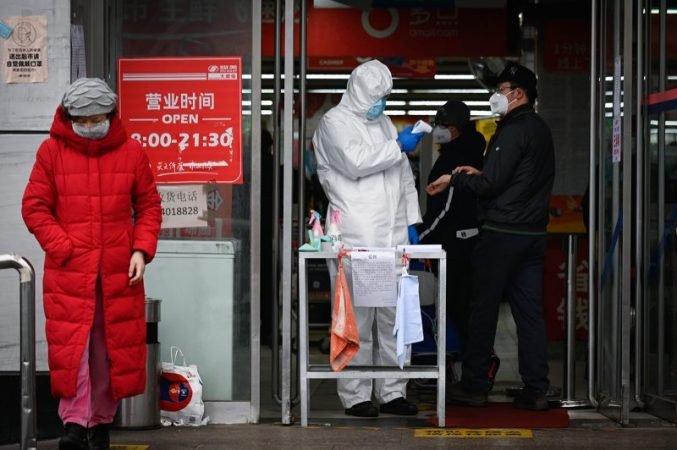 Recently the Chinese Premier Li Keqiang pledged stronger financial support to businesses to protect smaller companies and labour-intensive enterprises to shore up China’s foreign trade and foreign investment amid the global economic downturn. This need for stabilising the fundamentals would be routine if the COVID-19 was just another plague-like that of the early twenty-first century. However, considering the massive impact that it has had within three months it is going to be an uphill task for the state-run model to keep a track as well as support the growth of its market.

It has caused supply and demand shocks in all industry sectors, some of which, are fundamentally changing as the entire market gets reorganised along the supply chains and given the worst-case scenario that the markets are working upon currently it seems there is potential for further market disruption. Since 21 February 2020, COVID-19 has jolted financial markets; bond yields, oil, and equity prices have sharply fallen, and trillions of dollars, across almost all asset classes, have evaporated in a matter of seconds. In the United States, 10-year bond yields have tumbled below 0.5 percent and equity prices on major stock indices around the world have fallen.

In response, governments have launched lifeboats such as loan guarantees and value transfers which include income support and exceptions to social security contributions. Governments worldwide have already allocated more than US$13 trillion to stabilize economies in free fall and restart growth. A total government deficit of US$30 trillion has been estimated to give a pre-emptive fill to post-crisis sustainable development measures. According to a Mckinsey Insight on “COVID-19 and its threat to several sectors of the market” – accommodations and food services, wholesale trade, educational services, transportation and warehousing as well as arts, entertainment and recreation are the sectors that have been most affected. Next in line are the textile manufacturing and high-end manufacturing where revival would mean that they need to consolidate the market and improve cost competitiveness.

In China particularly, the impact has been particularly high. The People’s Bank of China (PBoC) has already pumped more than US$240 billion of liquidity into the financial system as a countermeasure to the virus. The debacle could lead to either catalyzation of structural change and restructuring or gradual dismantling. The COVID-19  has built the basis for more professional and transparent public-private partnerships in China, deviating from the norm which mostly promotes state-controlled enterprises.  There could be double-sided impacts whereby investors could seize this opportunity for the long-term trend of technological innovation and capital market reform. Or else the long-term impact could completely wipe away small scale industries.

While the Chinese government has been prompted to respond and adapt by the reaction of its citizens on the social media and other platforms and the pace of digital activity has been ramped up along with investor interest in Chinese technology companies and the healthcare industry but traditional modes of trade have suffered a huge jolt. As the ripple effects of COVID-19 become more evident, certain key aspects of the Belt and Road Initiative, Xi Jinping’s pet project, have also been significantly altered.

Persistent on the current trajectory the Chinese government was expected to invest an estimated US$910 billion in BRI Infrastructure Investments. Since 2018, China refocused its major investment to the Southeast Asian countries thereby shifting its dependency from simply domestic markets to a larger ASEAN network, however, global protectionism in the wake if COVID-19 has dampened future BRI investment to the effect totalling US$4560 billion. Most of this investment was based on a global cooperation model with key sectors being clean power, water supply, and manufacturing in railways. Despite the recent US-China trade tensions and high tariffs, they managed to garner an estimated US$ 1.06 trillion.

However, there is a fundamental change in the way the state-owned corporations are functioning at the present. First, they are considering their options due to higher private involvement in the business. Chinese state banks are likely to face greater capital constraints as non-performing loans are likely to rise and a financial weakness may seep into the banking system along with the debt market. The private sector may not align its interest with the state as it is more likely to focus on the most commercially profitable supply chain that benefits from the relocation of production away from China to other low-cost destinations. Similar production and distribution chain relocations are visible in Europe also.

In the European scenario, though the impact has been severe with almost 25 percent GDP fall at the height of the lockdown for countries like Germany, industries are to varying degrees both resilient and fundamentally strong. In some sectors, there is a relatively stable demand whereas in other sectors effective use of digital business models could improvise their chances of survival. Some may recover gradually and some with a significant reduction in demand.

A New Kind of Industrial revolution

The disruption brought about by COVID-19 calls for a reconsideration of traditional modes of production and consumption. Over the last six months not only the distribution processes have been blocked but also the consumption patterns have been forcibly remoulded. Much of the apparel and consumer-products industry has been downsized in an unprecedented manner. Storage of food grains and usable commodities that used to be the cornerstone of the welfare function of the state, especially a communist state have been severely barred due to problems of procurement and redistribution. This does make case for a dent in the traditional model of the business being followed by China and several other communist regimes across the world. The unfolding events which have massively extracted the charm out of a millennial project like BRI also have the seeds of revolutionary change that may completely alter the way of life as well as our production and distribution processes world over. The impact on the Chinese economy has been substantially unsettling to say the least and more profound in the nature of change that it augurs for the relations of production. While the labouring classes have found some time off the cog in the machine capitalist model, the footprints of a coming digital revolution cannot be ruled out.