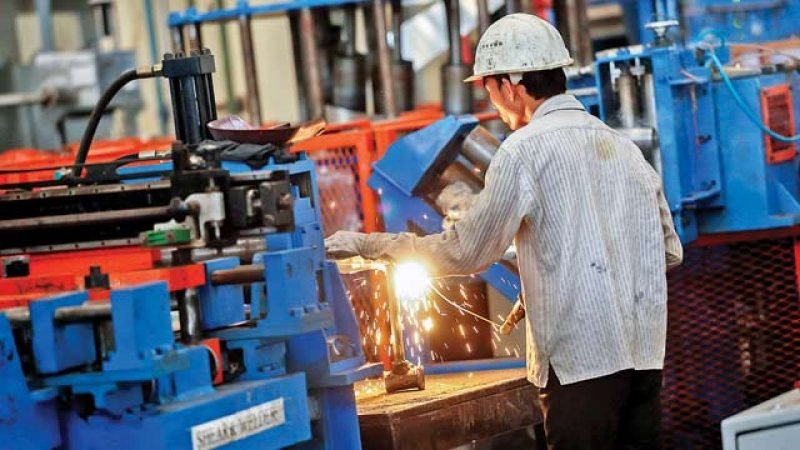 Technological advancements have raised the living standard of people globally and it is believed that with automation introduced in the various domains of the society, life would become much easier, just requiring some clicks and swipes on the front end and the back end would perform all the tedious tasks for us.

On looking at the same advancements, the other part of it is revealed that this automation has brought a situation where these machines are proving to be highly productive thereby reducing the need of labours in factories and manufactures are forced to invest in machines to stay competitive in the market. This makes the companies boost their productivity and ensures them a better output abolishing the need for additional workers. This results in making the masses the victim of technological unemployment. Economists and professors have stated that this is not limited to factories but have also crept into other fields whether it be airline ticketing services, call centres, corporate supply chains and medical diagnostics or any other. It has captured jobs that only humans could do earlier and have outperformed them. Nowadays the industries have comparatively lesser jobs for the people of the unskilled and semiskilled class wherein the jobs are getting automated.

On the basis and extent of their vulnerability due to computerisation, the tasks can be divided into two sections: routine and non-routine tasks. Now because of the routine tasks being cognitive and physical in nature, they can be codified thereby making the routine tasks more prone to automation as the machines have an upper hand in such capabilities. On the other part, the non-routine tasks comprise of the manual and abstract tasks. Here, the manual tasks basically mean the operations in the unstable environments requiring higher adaptability, visual as well as language recognition which is an easier task for the humans as compared to the machines as of now. However, the recent advancements have proved that the machines would learn to perform these tasks in a better way in the years to come yet humans are performing such tasks at a lower cost. The abstract task involves skills like persuasion, creativity and problem solving wherein the computers are complementing highly educated workers. Due to this, the non-routine tasks are at a comparatively lower risk of getting automated.

Various developed countries in the Asian region have been observing a major trend that is the polarization in the labour markets. The labour force in developing countries in Asia is estimated to rise by about 11M per year, from 2015 to 2030. Therefore, Asia needs more jobs but also better jobs. Here, the middle-class jobs which require moderate skills are disappearing constantly and the rate of employment is growing at the extreme ends of the spectrum of occupational skills. The highly paid jobs requiring high levels of education have visualised an increase. On the other part, the low paid jobs performed by people that have low levels of education and involves manual tasks have also recorded a growth in their job rates. Basically, the middle-wage opportunities, white and blue-collar jobs requiring middle-skills have contracted owing to the emerging technological advancements. As a result, the past few decades have also seen polarisation in wage gains leading to smaller gains for the middle and modest gains for the extremes.

Especially in this time, when the employment-to-population has drastically fallen during this worldwide COVID-19 pandemic. The daily wagers & labourers are going through a tough time with no job in hand and rising hardship they are going through. Post COVID-19 landscape for the developing economies as well as their employment rate will be deeply impacted. More Employer planning to adopt technological advancement such as automation, robotics, Artificial intelligence (AI). So that in any unforeseen situation in near future work will continue with no deferment.

This clearly suggests that the low educated workers will have to bear high costs in order to gain further training and occupational retraining in order to prove themselves more competitive against the machines. They need to pay more focus on the requirements and the different potential inequalities that are arising from technological advancements. Policymakers should focus on a better system to deal against rising inequality, new technologies can play a key role in this transition.