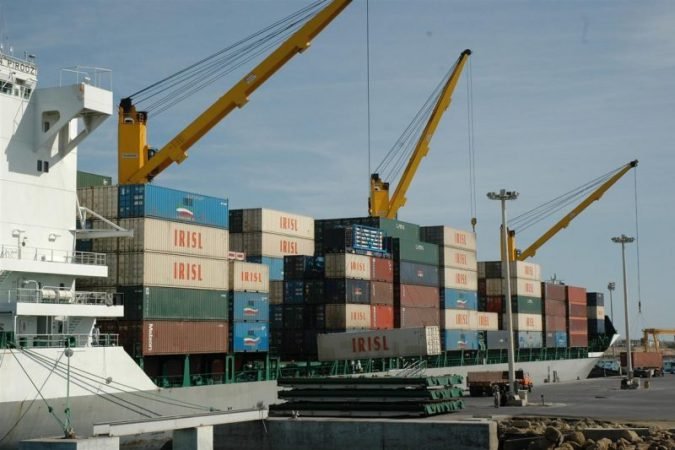 The trilateral Chabahar Deal has been a strategic game-changer. It is the strategic route to India’s power in Afghanistan and the Central Asian region. The Deal is the outcome of long pursued strategic foresight and vision clinched by the diplomatic acumen of the present government during Tehran visit of PM Narendra Modi in 2016. It is a major breakthrough for India for its policy towards West Asia, Central Asia and Afghanistan which involves critical issues of trade and energy security. The Afghan factor of the deal is crucial for India’s security policy and therefore, the railroad project between Chabahar and Zahedan which will link the Zarang in Afghanistan is of vital importance.  The Zarang-Delaram has already been constructed in 2009 by India which would give extended access to the Garland Highway in Afghanistan paving the connection, in turn, to the important Afghan cities of Kabul,

Kandahar, Maza-e-Sharif and Herat. The project has been intended to provide India with an alternative route to access Afghanistan bypassing Pakistan. Thus the project is based on the deep strategic vision of national security to strengthen  India’s position and offset the evil designs of Pakistan.

This sea-land route has been the strategic link route to connect to the International North-South Transport Corridor. Iran is a strategic gateway of this project and therefore crucial for India to connect with Central Asia, Russia and Europe. The development of two container berth at Chabahar not only spurs India’s trade but also provide a strategic foothold in the western Arabian Sea. Besides, a free trade zone, an aluminium smelter plant by NALCO and a fertilizer plant in a joint venture with Iran. The economic vision of this Chabahar deal and the Railroad project is to create an economic corridor by connecting major cities of trading importance like Tehran, Baku, and Astrakhan with India’s economic hub, Mumbai.

The whole project involves an added advantage for India to checkmate the Chinese westward movement from its China Pakistan Economic Corridor (CPEC) terminal Gwadar port in Pakistan which is only 76 km east of Chabahar. The developing strategic partnership is also beneficial for Iran which is under severe Western sanctions and isolated. The port and the network of projects are bound to change the strategic balance in favour of India and Iran as well. The first phase of this strategic port was inaugurated in 2017 by Iran’s President, Hassan Rouhani. India has taken over the operation of the container terminal at Shahid Beheshti port, Chabahar on 24th December 2018 during the Trilateral meeting at Chabahar. The port has received its intended attention as an emerging hub of trade and commerce.

But the Western sanctions and mainly the recent ‘Maximum Pressure’ Strategy of the US in the aftermath of its withdrawal from the JCPOA in 2018 has changed the political and strategic thinking of Iran and its approach to its own security and to defend itself in the wake these choking isolation due to sanctions. India had managed to get the US sanction waiver for the port development with its leverage with the United States. But the reluctant Chinese supplies for the project has slowed down the pace of development. The Chinese intent of linking the Gwadar port with Chabahar which is separated by 76 km only has been complicating point for India.

From the very start of the pandemic India maintained its outreach with the sanction-beleaguered nation, India sent the C-17 Globemaster III, heavy military transport aircraft along with a medical team and lab equipment for testing and to be donated after the evacuation of Indians in Iran. The humanitarian responses and the diplomatic gesture at this juncture in the region towards Iran are based on our shared vision and interest of a broader regional engagement in the post-COVID19 world.

The very tough policy of Trump administration towards Iran has disturbed the geostrategic balance and as a party to the Joint Comprehensive Plan of Action (JCPOA) or Iran Nuclear Deal China’s opposition to the US withdrawal from JCPOA, sanctions and aggressive Maximum Pressure policy has produced a new hurdle for India vis-à-vis China. There is a lot of talk of the Strategic Partnership of Iran and China and possible strategic loss for India. But I firmly believe that India will be able to manage such developments as Iranian strategic interests are in sync with that of ours. The new development about the Chabahar-Zahedan railway projects is that Iran has started the work on its own last week most probably owing to its domestic political compulsions and wants to complete before Presidential election in Iran due next year. The delay on the part of India is due to the ambiguity of US sanction regarding the project. India is at work to get clarity from the US but the US election is also making the situation difficult. India has, therefore, conveyed it to Iran that once the geopolitical situation stabilises and becomes clear by the end of the year, it will join the project later on. Meanwhile, Iran has expressed its commitment to the common vision and partnership with India for peace, sustainable development and economic integration in the region.

Chabahar and the railroad project is very crucial for its larger security strategy of India as it is crucial for its line of communication to its first foreign military base in Fakhor airbase in Tajikistan. Only around 80 km west of Tajik capital, Dushanbe provides India a strategic edge over Pakistan. The strategic airbase adjoining the Tajik-Afghan border is important for security surveillance in the violence-torn Afghanistan. It ensures India strategic depth in Afghanistan and a secure point of transportation of men and material to Afghanistan especially at present when the situation is in a worsening pattern in that country. Such a strategic foothold has assumed importance after the hijacking of the Indian Airlines Flight IC-814 on 24th December 1999 to Kandahar. Thus the Chabahar agreement with railroad project upto Zahedan beyond in Afghanistan is part of India’s Central Asian energy security calculus. Besides, the strategic foothold in Central Asia and developing cooperation pattern has provided India much-needed presence of Indian Air force in close vicinity of Pakistan in that region

The region is the theatre of the scramble for influence among the powers in the coming decades. Thus the Indian base in the region is indicative of India’s strategic foresight and vision which is in consonance with India’s pursuit to power. The Shanghai Cooperation Organization (SCO) vision which includes China and Russia as well, the three can have deeper engagement and joint military exercises. Such strategic outreach of India can expand political engagement in the region which would bring both economic benefits and security dividends in its long term vision.

In nutshell, the Chabahar Project is a vital strategic venture based on twin motto of bypassing Pakistan in its connectivity to Afghanistan and Central Asia and forestalling expanding influence of China in the region. The Chabahar is complex of multiple and interlinked strategic goals and long term vision of India into the future. For India’s Afghan policy and its Central Asian vision, Chabahar is the sustenance base and the railroad project is the lifeline. Iran-India strategic partnership is built on a firm and realistic foundation. Both the countries will, therefore, remain on the prudence course of mutual commitment for long term shared strategic interests.