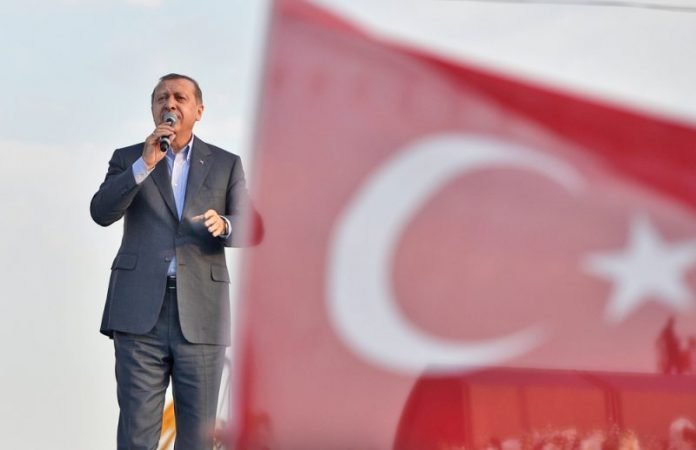 EXECUTIVE SUMMARY: Only 12% of Turks say they trust Islamic clerics, and more and more young Turks are unhappy at religious school. As high a proportion as 60.5% of pro-Erdoğan youths say they would rather live in Switzerland with half the salary they could have earned in Saudi Arabia. The fertility rate has fallen to 1.99—below the 2.1 rate required to sustain existing population figures. Despite Erdoğan’s unchallenged popularity, power, and authoritarian rule, Turkey is evolving demographically in a way that defies the dictates of Islamist social engineering.

Turkish President Recep Tayyip Erdoğan has not lost a single election, including municipal elections and referenda, since his AKP (Justice and Development) party came to power in November 2002. This is ostensibly a flawless performance for a politician. But Erdoğan wants more than just to win one election after another. In 2012 he declared his political mission to be “raising devout generations.” That is a far more ambitious mission than just winning at the ballot box.

Optimar, a Turkish pollster, found that in 2017, 99% of Turks identified as Muslim, but in 2019, that figure had slid to 89.5%. Konda, another pollster, found in 2019 that Turkish youths were less likely than the wider population to call themselves “religious conservative.” They were also less likely to fast, pray regularly, or, if female, cover their hair.

Another survey, part of OECD’s Programme for International Student Assessment, revealed that 54% of imam school students do not feel they belong at their school, compared to 27.5%-29.1% of students at non-religious schools. Most embarrassing for Islamists, perhaps, were the findings of a survey by Ipsos, an international pollster. Ipsos found that only 12% of Turks trust Islamic clerics, the worst score after politicians (who are trusted by 11%).

A more recent survey found that even conservative, pro-Erdoğan youths have no faith in either their own country or other Islamic countries. SODEV, a Turkish foundation, asked young people between the ages of 15 and 25 whether they would live abroad if given the chance. Almost half (47.3%) of those youths who said they supported Erdoğan’s AKP said they preferred to live abroad. “That means half of Erdoğan’s youth have no faith in Turkey’s future,” wrote Akif Beki, a former spokesman for Erdoğan and a columnist.

SODEV’s “Youth Research” was not encouraging for Erdoğan and ideologues who advocate authoritarian, top-down social engineering aimed at producing Islamist youth. SODEV asked pro-Erdoğan (pro-AKP) young people whether they would rather live in Switzerland on $5,000 per month or in Saudi Arabia on $10,000 per month. As many as 60.5% of them said they would prefer Switzerland.

Why would fiercely nationalist, religiously conservative, pro-Erdoğan young Turks prefer to live in a Christian European country? Haven’t they been listening to Erdoğan’s aggressive anti-Western rhetoric for the past 18 years? SODEV’s survey provides an answer to that question too. According to the study, 70.3% of respondents think a talented young Turk would never be able to promote him- or herself professionally in Turkey without [political/bureaucratic] “connections”—that is, without the help of nepotism. And only 30% of them think they can freely express their opinions on social media.

When asked to name the most significant idea in life, 49.8% cited “national values” and 45.7% cited “religious values.” But 68.3% cited “freedom to express one’s opinion.” Apparently, Turkey’s lack of freedom, equal opportunity, and social mobility tells young Turks that they would be better off in a Christian country. “That’s because young Turks, including [those who are] pro-Erdoğan, know they could fearlessly express their opinions in Switzerland…that they could have a [successful] professional career without resorting to nepotism and that they would not face police interrogation just because they expressed their opinions,” commented columnist Elif Çakır.

Another of Erdoğan’s social engineering failures is the greying of Turkey. Since 2008, the Islamist-populist leader has repeatedly urged Turkish families to have at least three children—“four or five if possible.” Without naming names, Erdogan justified this quest as a defense against “those [foreign plotters who] want to annihilate our nation.”

Despite Erdoğan’s baby boom campaign, the number of healthy births in Turkey dropped by 3.6% to 1.248 million in 2018 versus 1.295 million in 2017. The overall fertility rate fell to 1.99 from 2.07, meaning Turkey is now reproducing below the 2.1 rate required to maintain the population at current levels.

Turkey’s demographic evolution defies the dictates of Erdoğan’s Islamist social engineering despite his unchallenged popularity, power, and authoritarian rule. Turkish families ignore his instruction to have at least three children, and his younger supporters are ready to pack up and move to a Christian country.

This is not the demographic picture Erdoğan dreamed of, but it is the natural outcome of his democratic shortcomings. As I have suggested before, “Perhaps Erdoğan’s best service to his country is to show young Turks what it actually means to live under an Islamist regime.”