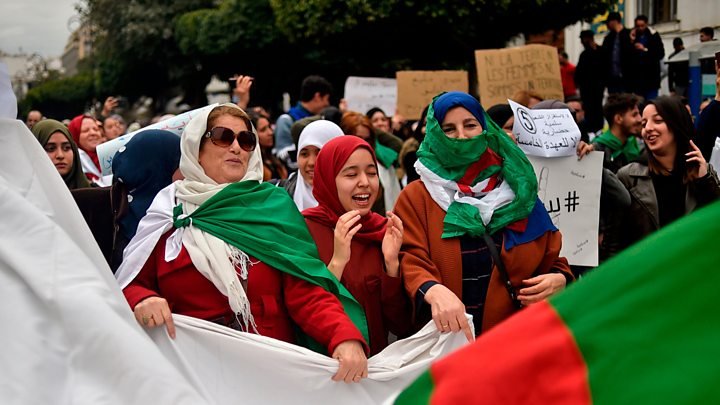 Post Arab Spring in Algeria was a road to major changes in the democratic process. The country which was infected with corruption, nepotism and socioeconomic problems seemed to get its way out through bringing major reforms in the institutions of the country. The Post Arab Spring period in Algeria saw major transformations under the Presidency of Abdelaziz Boutefilka who had promised deepening of democratic process in the country. Algeria had witnessed a state of emergency for almost two decades since 1992 when it was finally lifted in April 2011.

Boutefilka’s National Liberation Front was there since the country’s independence in 1962 and Algeria faces the same issues as that of Tunisia and Egypt. The protest breaking out in Algeria was not against the regime but for the change in personnel. The pressure from the streets was not directly against the Presidency of Boutefilka but the country’s dream to see change in the existing institutions. The military have tried to keep the situation under control because any shooting carried on a demonstrator or policemen would cause the army to intervene thereby further aggravating the entire situation. On March 11th 2019, Boutefilka addressed the people through an open letter that he would not be contesting for a 5th term. He said “There will be no fifth term was never any question of it for me. Given my state of health and age, my last duty towards the Algerian people was always contributing to the foundation of a new Republic.”

After serving the country for near about 20 years, Boutefilka stepping down from the Presidentship is a hope for the people. The elections as of now have been delayed and the new date for election will be announced soon followed by a cabinet reshuffling. Algeria’s Prime Minister Ahmed Ouyahia has also announced his resignation.

The Algerians do not wish to tolerate the status quo and their main demand was to remove Boutefilka from office. While the demonstration took place, the military continued not to intervene. Algeria has witnessed the rise of democracy post Arab Spring and it would be interesting to see what’s next in stop to their roadmap to democratic practices.

However, a giant question mark now hangs over what happens next, leaving Algerians and investors alike — particularly those in the oil and gas sector — mired in uncertainty.

Oil and gas revenues make up more than 95 percent of Algeria’s export earnings, and it has the 10th largest natural gas reserves in the world. Its proven crude reserves sit at 12.2 billion barrels, the third-largest in Africa, while it produces about 1.05 million barrels per day (bpd), a number analysts say is lower than its potential due to under-investment.