Six candidates battle it out for WTO leadership 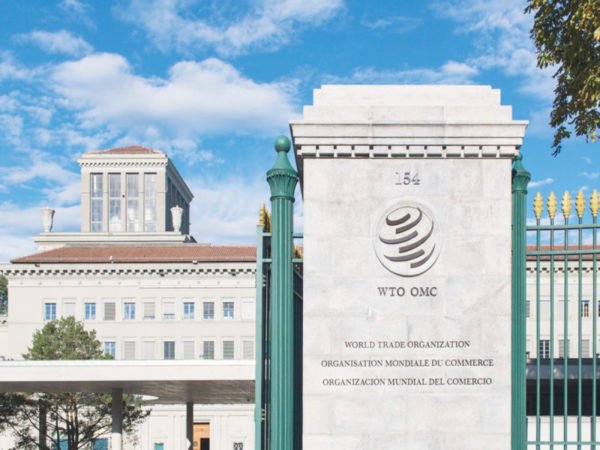 Six candidates are vying to become the next head of the World Trade Organization — an institution which faced mammoth challenges even before the pandemic-driven global economic crisis struck.

The window to enter the race slams shut on Wednesday, in a speeded-up contest to replace the outgoing WTO director-general Roberto Azevedo — the Brazilian career diplomat who is stepping down one year early at the end of August.

The six candidates in the running are from Egypt, Kenya, Mexico, Moldova, Nigeria and South Korea.

The new chief must revive stalled trade talks, lay the ground for the 2021 ministerial conference — one of the WTO’s major events — and thaw relations with Washington.

The United States, which has threatened to leave the WTO, has blocked the organisation’s dispute settlement appeal system since December and wants China moved up from the developing economies category.

In a surprise move in mid-May, Azevedo, 62, announced that he would end his second four-year term early for personal reasons, forcing the Geneva-based WTO’s 164 member states to come up with a successor in just three months instead of the usual nine.

Rather than an election, the procedure for selecting the next WTO boss relies on finding consensus, with candidates gradually being eliminated in turn.

A vote is possible as a measure of last resort, but that scenario has never occurred.

In 1999, when countries could not decide between two runners, both candidates each served a three-year term.

The next incumbent faces a tough task, with the WTO caught in the middle of rising tensions between the United States and China.

“If the process of choosing the next director-general is heavily politicised, that could block things up,” a diplomatic source told AFP.

If a consensus cannot be reached in time, one of the four deputy directors-general will take the reins in September on a caretaker basis.

Of the directors-general, since the WTO was created in 1995, three were from Europe, while one each came from Oceania, Asia and South America.

There has never been a WTO leader from Africa and the continent fancies its chances this time, even though there is no regional rotation principle at the global trade body.

However, African nations have so far failed to convene around a single candidate.

Expecting the contest to come in 2021, the African Union had given early official backing to three figures, among them Mamdouh, a veteran former senior WTO official.

Mamdouh, 67, who is also a Swiss national, was the only one to declare his candidacy.

Nigeria’s decision to stand Okonjo-Iweala against him has triggered a legal dispute with the African Union.

Okonjo-Iweala, 66, who chairs the board of Gavi, the Vaccine Alliance, said she was receiving “tremendous support”.

“I’m sure the African Union will make a decision to choose and support the candidate that merits it,” she told reporters in Geneva at a virtual press conference in late June.

The former World Bank number two insisted that the WTO — which has never had a female leader — must choose is next chief based on ability.

“I hope that the WTO director-general will be elected first and foremost on merit. And then, if it happens to be a woman or an African, that is also good,” she said.

Kenya’s sports minister Mohamed, 58, has also previously served as chair of the WTO general council and first ran for the post in 2013. She threw her hat in the ring just before nominations closed, meaning there are three women and three Africans in the contest.

Yoo, 53, is the other female candidate.

The youngest contender is 37-year-old Ulianovschi, while Seade, at 73, is the oldest. He has led posts at the World Bank and the International Monetary Fund.